Could drones give your package a sustainable lift?

During the last holiday shopping season, Shelton Insights posted a story comparing the sustainability of online shopping vs. a traditional trip to the mall. We found it's difficult to determine which option is actually more sustainable, because a variety of factors are at play. But a new technology on the horizon dramatically could change this equation: drones.

Last week, the Federal Aviation Administration opened the door for considering a more commercial use of drones by approving the testing of unmanned aerial vehicles, more commonly known as drones. While a number of issues involving drones would have to be overcome during the next few years before such an option becomes truly viable, the growing use of drones in the military has led some, such as Amazon CEO Jeff Bezos, to dream of a more commercial use for this technology. But how might drones affect the environmental footprint of online shopping?

At first glance, it would seem drones are not very efficient. Right now, they can only carry a package of roughly 5 pounds to a location within a limited distance, while a delivery truck, which generally runs the same route every day, can carry hundreds at one time.

Additionally, cost is still a consideration. While a drone company executive has noted the cost for an Amazon Prime Air delivery could be around 2 cents, other estimates calculate costs double those of a delivery truck. So, as we found in our review last year, both sides often proclaim themselves the winner in these comparisons.

But consider the source — the source of generation, that is. While some drones are gas-powered, the Amazon drones are electric. They conceivably could be energized with fuel cells charged by renewable energy. The source could be solar, geothermal or wind, depending on the location of the distribution center. In this scenario, the last leg of delivery, from distribution center to consumer, could come at almost no cost and with arguably less environmental impact than an internal combustion engine. So, for small, single order packages, drones could offer a very energy-efficient mode of delivery.

There are other factors to consider besides just the energy used, such as the impact on birds and other wildlife. While that impact is unclear at this point, it's interesting that drones also are being used to guard endangered animals. My assumption is a company such as Amazon would choose altitudes and flight patterns or make adjustments to the drone itself to minimize any such impact.

Like most sustainable technologies, drones are unlikely to completely replace traditional delivery, but could be a better alternative in many delivery situations. Their future is promising, assuming their safety and viability can be established. And while I won't be using them to have a refrigerator delivered anytime soon, it might not be too long before a drone drops "The Brothers Karamazov" off at my door. 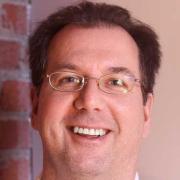