Could this geoengineering venture help save the ice caps?

What started as a research project could slow melting in strategic locations.

With hundreds of cities and businesses pledging to bend the curve on carbon emissions by 2020, scientists and researchers are looking into how to buy time against climate change wherever they can find it. One way is by seeking opportunities to slow the rapid warming currently underway.

Leslie Field, founder and CEO of Ice911, a Silicon Valley nonprofit research corporation, has been doing just that. Field — a micro-electro-mechanical systems and nanotechnology consultant, Stanford consulting professor and inventor — has been collaborating with other scientists and engineers to "restore the earth's refrigerator by slowing down the melt of polar ice," as she explained to me recently. Now, the organization is seeking ways to scale its idea.

"After extensive field testing, we have the technology, the team and the experience to significantly reduce the impacts of climate change by 2020 and give the world time," she said.

I first met Field in 2013. At the time, Ice911 was still her "inconvenient hobby," as she liked to call it. "Watching the movie 'An Inconvenient Truth' on a June evening in Palo Alto changed the path of my life, starting from the moment I walked out of the theatre," Field reflected. The movie "made it clear that the Arctic is a key lever for climate change."

Indeed, the situation in the Arctic has grown even more urgent since that time. As noted professor of ocean physics Peter Wadhams explained, "The top of the world is turning from white to blue in summer. This monumental change will amplify global warming and could destabilize the global climate system."

After extensive field testing, we have the technology, the team and the experience to significantly reduce the impacts of climate change by 2020 and give the world time.

Field's work started as a research question. "I thought, what if I consider this a materials problem? What if we can replace the lost reflectivity of the ice with a safe reflective material?"

Since that time, Ice911 has become Field’s professional focus. Her growing team has tested and refined its methods for "rebuilding the multi-year reflective 'bright ice' in the Arctic." In March, they began working with Climformatics, a California startup specializing in climate modeling, to create a large-scale deployment plan.

And Field now leads the new Arctic Restoration Action Group (ARAG) which includes luminaries such as Wadhams. Explains Field, “The situation in the Arctic is so urgent, that we must go ‘all-in’ in finding the best solutions, in as collaborative a way as possible.”

Softening the hard edges of geoengineering

Ice911's science-savvy website explains the risky business of polar ice melt to non-scientists: "The more ice melts, the more radiation is absorbed by larger areas of open ocean; then the more the ocean heats, and the more the ice melts." That creates what climate scientists call a positive feedback loop, but one with a very negative effect.

As a result, the Arctic and its icecap, which we rely on to moderate the climate, is warming twice as fast as the rest of the world. And an ice-free Arctic has serious consequences for global temperature rise and weather patterns.

To address this, Ice911 has been developing geoengineering methods to slow the melt. Geoengineering approaches are typically expensive, rapid, irreversible and have unintended ecological effects. Ice911 applies a softer touch.

Its so-called "soft" geoengineering processes are intended to be reversible or removable, and make as small and local an ecological impact as possible. As part of its "soft" solution, Ice911 uses ice-building materials that are "safe, low-cost, scalable and reversible." The materials are designed to degrade into sand over time.

Importantly, it is also very localized. "Deploying materials in a strategic location gives at least an order of magnitude greater effectiveness in preserving ice per unit area than carpeting the entire Arctic, which we do not want to do," Field said. 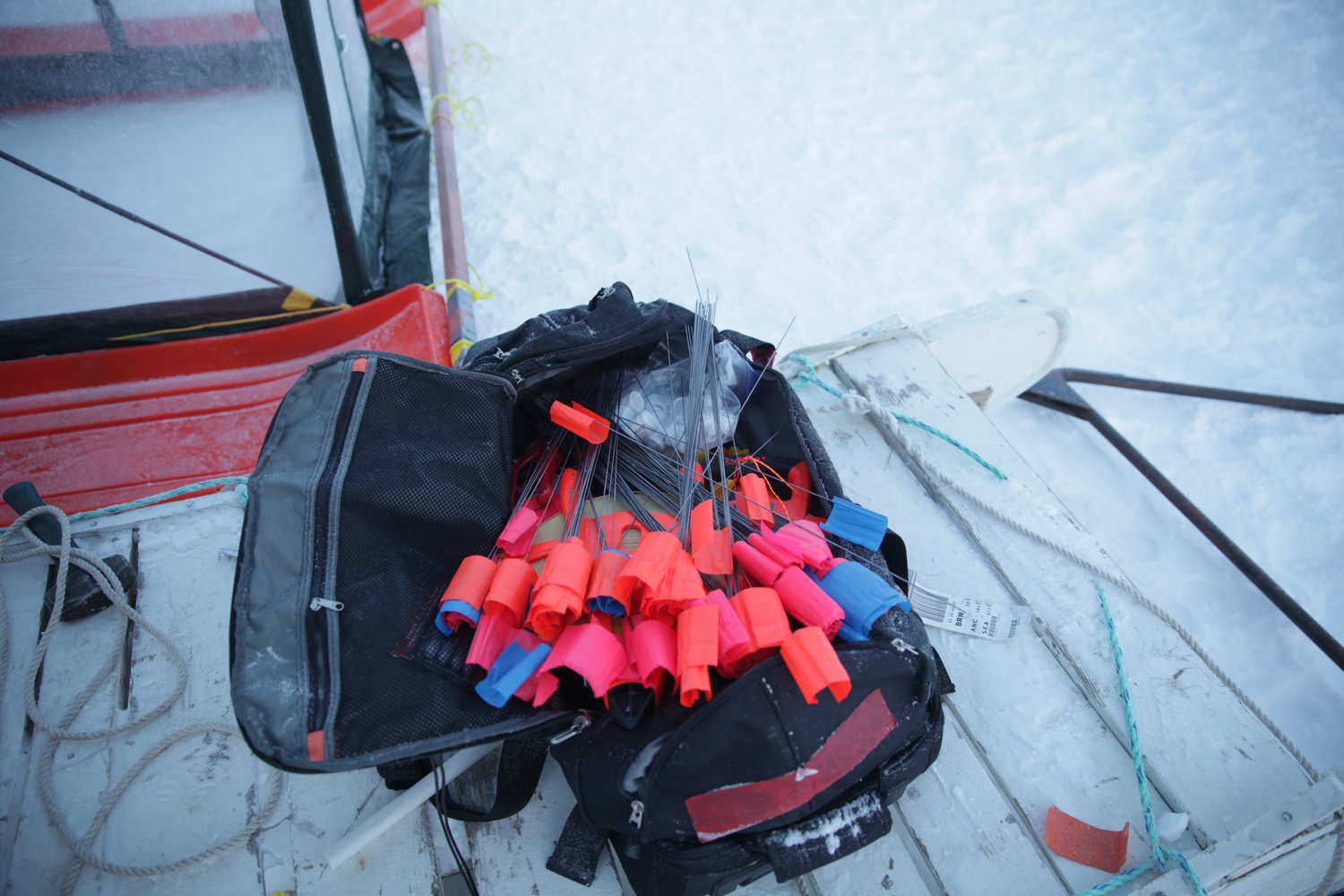 Boots on the ground

The solution itself is "a form of floating sand, made of silica — glass-based not plastic."

Their "boots-on-the-ground" method works by spreading their solution "on top of ice in strategic locations," where it helps to build its albedo — that is, its ability to reflect.

"Our modeling shows that targeted annual applications of the Ice911 albedo-enhancing material would result in an immediate shift of the Arctic climate state to thicker ice and a colder Arctic," Field said. "It is inspiring to see the kinds of positive effects on climate that we can achieve."

Their modeling identified Fram Strait, a significant route for ice flow out of the Arctic, and Beaufort Gyre, near Barrow, Alaska (a locale where Ice911 already has done testing above the Arctic Circle) as the best deployment locations. Their next mission to Alaska will be in March. "We are working on the permitting, equipment and logistics now," Field said.

Ice911 will be sharing its progress at the December meeting of the American Geophysical Union, a community of earth and space scientists focused on "ensuring a sustainable future." In addition, the Intergovernmental Panel on Climate Change (IPCC) "will deliver a comprehensive analysis of existing science and potential emission reduction pathways in 2018. Ice911 is on track to be considered in the 1.5 degree assessment, which would be "a very big deal," according to Field.

Direct action to slow the melt of our earth's cooling centers could provide cover to cities and businesses working to meet the aggressive drawdown windows we all face. And not a moment too soon.

With help from enlightened businesses, scientific solutions such as Ice911 could rise from inspirational to truly game-changing. Donations of money or of in-kind products and services such as supercomputer time for the climate modelers, data center services, shipping, materials or event space could make a critical difference on this journey.

And by helping, businesses will mitigate their own risk, while making a high-impact investment which could buy themselves — and all of us — precious time.