In recent years, climate change has loomed like a dark specter over the globe, contributing to everything from gentrification in Miami to refugees fleeing drought and crop shortages in Guatemala. But the urgency around the issue reached new heights in 2018 when the United Nations' Intergovernmental Panel on Climate Change (IPCC) stated that rapid, "far-reaching and unprecedented changes in all aspects of society" would be needed in order to drop carbon dioxide levels by 2030 and prevent catastrophic global warming.

Scientists indeed have proposed drastic measures — just not in the way that you might think. In the same IPCC report, the United Nations suggests that adding 2.5 billion acres of forest to the world could limit global warming to 2.7 degrees Fahrenheit by 2050. In other words: Responding to climate change will require planting new trees. A lot of them.

And now, the U.N. might just have the data to back up its proposal.

In a recent study, unveiled July 5 in the journal Science, a group of researchers associated with the Crowther Lab in Switzerland found that global tree restoration to the tune of 223 million acres of canopy cover — an area about the size of the United States — is "our most effective climate change solution to date." These trees would store 205 billion tons of carbon, or roughly two-thirds of the carbon that has been emitted "as a result of human activity since the Industrial Revolution," according to a press release. Although some news reports have said this much forest restoration is the equivalent of roughly 1 trillion trees, this statistic is actually linked to an estimate from an older 2015 study.

Jean-François Bastin, the Crowther Lab's study lead author, breaks down the 2019 analysis by email. "The idea was to estimate what tree cover could be expected when you removed the 'human factor,' i.e. what specific types of forest would naturally occur in the absence of other development and where," he says. Bastin and his team used a form of artificial intelligence known as "machine learning" to build "a model to link tree cover with climate/soil/topography, based on 78,000 observations of tree cover in protected areas."

The researchers then projected the data further to estimate the "total potential tree cover of the planet," Bastin explains. Afterward, the team excluded land currently being used for urban settlements, croplands and existing forests, which yielded the total amount of land available for restoration. The study includes a map showing how much tree coverage different parts of the globe can support; the top three areas are Russia, Canada and the United States.

The idea was to estimate ... what specific types of forest would naturally occur in the absence of other development and where.

A worldwide effort at reforestation

In many ways, the study's timing couldn't be more perfect, as it aligns with current global efforts around ecological restoration. One example is the Trillion Trees Vision, which seeks to restore 1 trillion trees by 2050. Another is the Bonn Challenge, a partnership between the government of Germany and the U.N.'s International Union for Conservation of Nature that aims to restore 371 million acres of deforested land by 2020.

You might be thinking, well, that sounds pretty easy. Let's all roll up our sleeves and save the planet by planting one tree at a time — right? But some experts say the situation is actually a little more complicated than that rosy picture. Especially if most nations don't chip in to help.

Implementation of forest restoration on the scale discussed in this paper is not as straightforward as it might seem.

"Implementation of forest restoration on the scale discussed in this paper is not as straightforward as it might seem," says Jim Hallett, chair of the board of directors for the Society for Ecological Restoration. "By 2018, there were commitments of over 420 million acres by 58 nations, which exceeds the Bonn Challenge goal. Current estimates indicate that around 29 percent of the committed lands are now under restoration, but most of this work has been done by a few countries."

Hallett cites major challenges to implementing restoration on such a global scale, "including financing, governance, land tenure and ownership, [and] capacity to do the work." Hallett concludes, "There is ample evidence that, in some contexts, if the benefits of restoration are not equally shared, the project will fail. So incentive programs have to be carefully developed."

Although Hallett agrees that forest restoration is important to addressing climate change, restoration alone likely will not be enough. It takes time, after all, to implement such big restoration projects and also for these trees to store carbon. And Hallett stresses that "the possibility of future restoration should not be used as an excuse for degrading intact lands."

Other scientists question not only the practicality of the study's claims, but also the study's very methodology. "Many of the allegedly available restoration areas are clearly unsuitable for more trees than they currently support. If you look closely at the map, a large proportion of these areas are in regions where soils are permanently frozen," says Eike Luedeling, a climate change researcher and professor of horticultural sciences at the University of Bonn.

"The methodology implicitly (probably not on purpose) implies that carbon stock is proportional to canopy cover, i.e. ecosystems without trees contain no carbon. This is clearly false and strongly inflates the global estimate [of restoration]."

Jan Börner, Luedeling's colleague and a professor for economics of sustainable land use at the University of Bonn, is similarly skeptical. Börner says that some areas being proposed for restoration under the current study are already in use for other purposes. Börner considers the study to be an "interesting academic exercise ... but as a [climate change] mitigation strategy proposal (and it is being advertised as such), it sends a misleading signal to the international climate policy debate."

The U.N. has declared 2021 to 2030 the 'Decade on Ecosystem Restoration,' which could spur nations to act quickly — and some countries are already tackling the initiative head on.

But don't fret just yet. Both Bastin and Hallett emphasize that the U.N. has declared 2021 to 2030 the "Decade on Ecosystem Restoration," which could spur nations to act quickly — and some countries are already tackling the initiative head on.

And, according to Hallett, forest restoration boasts far more perks than just affecting climate change, including maintaining — or even increasing — biodiversity and preserving the ecosystem that we humans rely upon for our food and water.

But even the study's authors acknowledge that it will take a lot of goodwill to make this grand vision a reality.

"What we need is universal action: international agencies, NGOs, governments, all citizens — anyone can be involved," says Bastian. "Local communities and small organizations may be especially effective. While they do not have the same reach as national agencies, they have the benefit of knowing what works best in their own backyards."

This article originally appeared on HowStuffWorks. This story is part of Covering Climate Now, a global collaboration of more than 250 news outlets to strengthen coverage of the climate story. 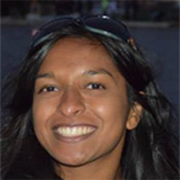 See all by Tara Yarlagadda