Could traditional plants hold the secret to saving crops from pests?

Without any effort at all, Hawa Saidi Ibura crushes dried beans, one at a time, between her fingers outside her home in Endagaw, a village in northern Tanzania. She’s holding a basket of a type of red bean eaten all over East Africa, but these beans are skeletons of what they once were. She harvested them from her farm less than a year ago, but insects since have ravaged her storage room — eating the nutrition out of the beans and out of her corn, too. Although the insects likely don’t contaminate the beans, meaning there’s no health hazard in eating them, the remains are not the most desirable or nutritious food, and farmers such as Ibura would much prefer to buy new beans — an option many can’t afford. So this is the crop she’s left with until the next harvest, months away.

Ibura is far from alone. Small-scale farmers all over Africa and in other developing regions around the world struggle with a surprisingly basic problem: They grow crops such as corn and beans for subsistence and to sell as their main source of income, but they lack a storage system to keep those crops safe from insects and rodents. So even if they have a bumper crop, farmers can run out of food a few months after harvest because it’s been eaten in their storage rooms. 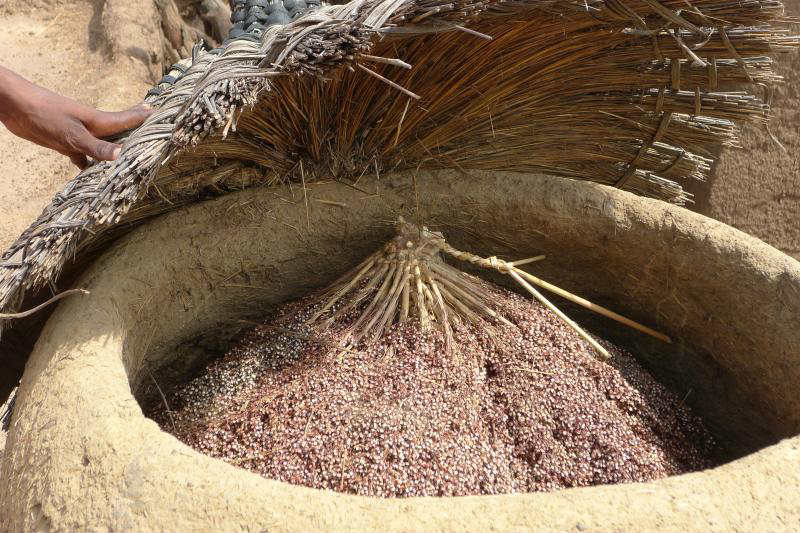 Beans and sorghum are particularly vulnerable. So is corn, one of the most important staple crops in many African countries and a crop that has among the most available statistics for quantities lost after harvest. Farmers and traders lose between about 15 and 25 percent of the corn crop once it’s been harvested, according to the African Postharvest Losses Information System, a European Commission–financed database and network of cereal experts in East and southern Africa. Precise estimates, however, vary from region to region, year to year and crop to crop.

Pesticides are available, and farmers do apply them to stored crops, but many can’t afford a full dose. Possibly more problematic, the pesticides are often expired or adulterated, and many farmers don’t know the proper application rates. Overapplying pesticides can be toxic, while underapplying can help insects develop resistance to their effects.

That’s why some farmers near Arusha, a city in northern Tanzania, are looking with optimism to research underway at the nearby Nelson Mandela African Institution of Science and Technology. For her thesis project, graduate student Angela Mkindi is testing a pesticide powder she’s made from extracts of four local plants. She’ll apply the powder to cowpeas, a popular legume in East Africa that is vulnerable to insect infestation. Research last year by another student showed promising results for the same mixture in a laboratory experiment, so Mkindi is taking that research to the farm level, trying to replicate the way local farmers grow and store beans as closely as she can. 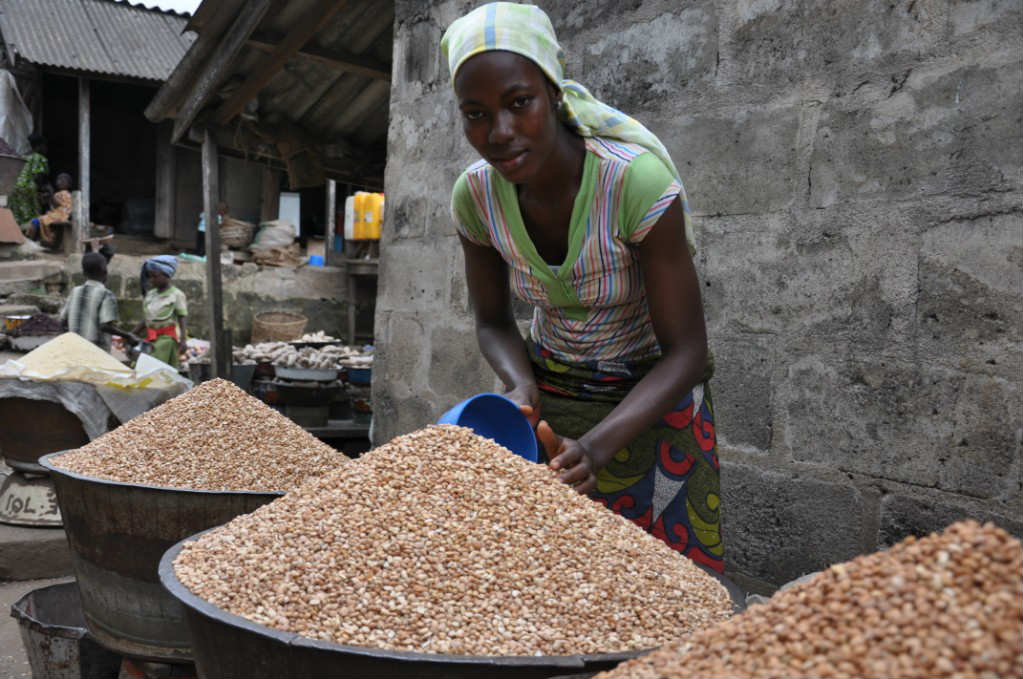 Mkindi is among a growing group of researchers studying the prospect of using local plants, often ground into powders, to ward off insects from the stored crops that farmers rely on for food and income throughout the year. Steven Belmain, ecology professor at the University of Greenwich’s Natural Resources Institute in England and principal investigator of the project funding Mkindi’s research, said the trend toward plant-based pesticides is strongest in China, India and Brazil, but the application in those places is mainly for crops in the field, not in storage.

But there has been increased attention in recent years on the amount of food lost in developing countries, perhaps most especially in sub-Saharan Africa, as a direct result of poor storage and transportation infrastructure. Researchers such as Belmain hope that the use of local plants can help farmers such as Ibura protect their harvest.

Experimental trials have shown promising results for the ability of these plants to kill or keep insects at bay — and, importantly, Belmain said there is no evidence that insects develop a resistance to their effects. It’s also possible that harvesting and processing the plants into the powder mixture could provide additional income for some; it’s not likely to provide anyone with a full living, but it’s a possibility some are exploring.

What makes the research particularly promising is where the idea for it came from in the first place: local farmers. The plants Mkindi is testing long have been used for pest control by farmers in the region. The farmers don’t, however, know the optimal application methods, so sometimes it works, sometimes it doesn’t.

By starting with traditional knowledge, the approach helps prevent some challenges that often come with introducing entirely foreign tools or concepts, such as a poorly translated training manual, a tool arriving in country that’s designed for a man’s physique but most often will be operated by women, or general skepticism about foreign interventions. Plus, it’s practical to use a resource that’s widely available and free or low-cost.

“The plants are found everywhere. If they’re not in your house, then they’re nearby or in the wild,” said Mkindi.

“Generally, these are things that have been used for thousands of years and that, in itself, is like one long big clinical trial,” said Belmain, who has been involved in research on pesticidal plants for crop storage in Kenya, Ghana, Zambia, Zimbabwe, Tanzania, Malawi and South Africa. “That’s valuable understanding that we want to build on, and not reinvent the wheel.” 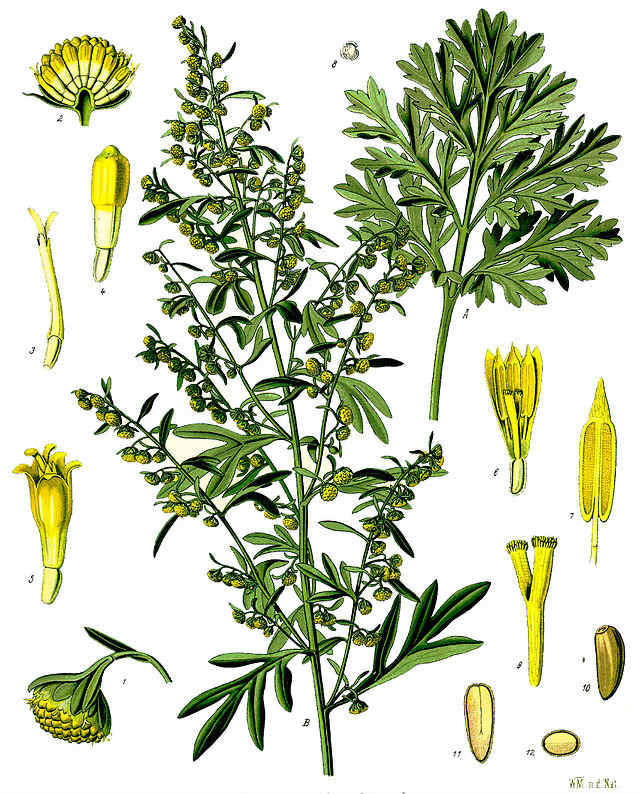 The use of so-called “pesticidal plants” to protect stored crops is similar in concept to the use of plant-based pesticides in some organic farming. Murray Isman, entomology professor at the University of British Columbia in Vancouver, B.C., explained why pesticidal plants get a somewhat special label. “[Researchers such as Belmain] are quite keen on the concept of smallholder farmers growing the plants themselves, or just grinding the plants up and basically throwing it all into their stored products or mixing them in” with minimal or no processing, Isman said. “Generally, when we say ‘botanical insecticides,’ we’re thinking of a commercial product.”

Some plants researchers are exploring for protecting stored crops, such as Tephrosia vogelii, have the additional advantage of adding nitrogen to the soil, so when planted among crops potentially can improve their growth or health. Belmain said Zanha africana is another example of a plant with multiple benefits. “It’s quite pesticidal, but there’s a nice fruit on it. The best plants are those that have many uses,” he said.

The work is not limited to Africa. Studies have been published on the use of essential oils to fight storage insects in Iran, China and elsewhere.

In Nairobi, Kenya, a few hours north of Arusha, the research organization World Agroforestry Centre (ICRAF) has held workshops on pesticidal plants that have been driving interest among farmers in Kenya and surrounding countries.

ICRAF research consultant Parveen Anjarwalla has been traveling the region, working with agricultural extension agents on training materials for proper harvesting and use of these plants. She said there’s been particular interest from people working in conservation areas in the broader region of East and southern Africa, including Uganda, Madagascar and Mozambique. “They can’t use synthetic pesticides in those areas, so they’re interested in the pesticidal plants,” she said.

There are challenges, of course. Disseminating knowledge and training to remote rural areas, where farmers stand to benefit most from improvements in crop storage, is no easy task. There are also questions around the sustainability of these plants if farmers do start using them widely.

Belmain, though, believes the largest hurdle for optimizing and expanding use of pesticidal plants for crop storage protection in Africa is regulatory. Many plants are already used as medicines and by farmers for their crops, but it’s all done informally. To standardize application rates and scale, the use of these plants as pesticides will require formal registration, which can be costly and cumbersome.

He said the government in Tanzania has shown signs it’s willing to have the conversations needed to move forward, which will include adjusting parts of the regulatory process to better suit pesticidal plants, as opposed to registering synthetic pesticides, which understandably requires extensive testing. It’s just the beginning of a long process, but he’s hopeful it could be a sign of things to come in Tanzania and potentially across Africa.

This story originally appeared at Ensia. Travel for this story was funded by a grant from the Mongabay Special Reporting Initiatives program.