One novel spin on emerging hydrogen fuel options is "clean hydrogen" made from trash.

Early pioneers of these hydrogen-from-waste technologies such as Ways2H, SGH2 Energy (SGH2) and Standard Hydrogen say not only are they making carbon-free, energy-rich fuel, their approaches also will divert mountains of trash from landfills and waterways, cutting greenhouse gas emissions.

Green hydrogen — made by splitting water’s hydrogen and oxygen using electricity produced by renewable sources — is a small fish in the "energies pond." Today, more than 95 percent of hydrogen is fossil-based and does not rely on renewables. Other technologies are in the mix, such as battery electric vehicles.

Hydrogen from waste is an even smaller fish than hydrogen from renewable energy. There are only a few waste-to-hydrogen projects, most which are in early stages and relatively small scale.

Still, there is potential for clean — low- or zero-carbon — hydrogen to take off, energy experts believe. It is energy-efficient, abundant and an environmentally friendly alternative to natural gas. Clean hydrogen could cut greenhouse gas emissions from fossil fuel by up to 34 percent, reported Bloomberg New Energy Finance.

Deployed at scale, hydrogen from all sources could account for almost 20 percent of energy consumed by 2050, projects the Hydrogen Council. The annual demand could reach 19,120,458,891 tons by then, representing a tenfold increase from 2015 to 2050.

When we began marketing our services, we expected most of the interest to center around our hydrogen production capabilities, but most inquiries have centered around waste consumption.

Looking specifically at hydrogen from renewable energy, Bloomberg calculates that if the cost for the technology to produce it continues its current downward curve, renewable hydrogen could be competitive with natural gas in several countries before 2050. And it could be cheaper than producing hydrogen from natural gas. Combined with a push for decarbonization, these economics could drive demand, project energy experts.

A few tech companies are working to grow clean hydrogen in Europe and Asia and, lately, California. As the state weighs hydrogen as a possible path to its goal of carbon neutrality by midcentury, California’s policy makers are following emerging research, including a recent report from Lawrence Livermore National Laboratory looking specifically at converting hydrogen from waste. It concluded this approach could be a cost-effective way to actually achieve negative emissions.

One company hoping to capitalize is Ways2H, which has a thermal process to convert municipal solid waste, medical waste, plastics and sewage sludge into renewable hydrogen. With four pilots under its belt, the company soon plans to launch a commercial project in Tokyo. It will start by making transportation fuel from wastewater sludge, then add plastics, according to the company.

Later this year, the developer intends to build a plant in California to make hydrogen from waste for transportation fuel or for the power grid; it is negotiating with a healthcare provider to supply the trash. The plan is to build more plants in California and other U.S. locations in 2021.

Above photo courtesy of Ways2H

Is this the best second life for trash? Energy Transitions Commission, a global coalition of leaders across the energy landscape, is exploring low-carbon energy systems — including different ways to make hydrogen. The commission’s stance is that leveraging biomass to make hydrogen fuel is not putting waste as feedstock to its best use.

"We try to understand bioresource demand and to prioritize its use, using it as a resource where there are no other low-carbon options. There are other ways to make hydrogen. Meanwhile, there are applications with few low-carbon options that need the biomass more, such as biofuels for aviation," said Meera Atreya, Energy Transitions Commission Bioeconomy lead.

That hasn’t dissuaded Ways2H and others from forging ahead.

SGH2, for example, is producing hydrogen from mixed paper, which is fed into a gasifier that operates at very high heat generated by oxygen and plasma torches. The heat breaks down waste’s hydrocarbons into a synthetic gas; hydrogen is then separated and purified to 99.9999 percent.

Its first plant will be able to generate 3,800 tons of green hydrogen a year from waste supplied by the city of Lancaster in California, which will co-own the facility according to a memorandum of understanding, according to the SGH2 web site.

The image above describes SGH2's process.

SGH2 is negotiating with fueling stations interested in the Lancaster plant’s output. SGH2 CEO Robert Do, whose background is in physics, medicine and business, can’t name companies yet but said, "We have also had enormous interest from other buyers in California and globally. We are in talks with utilities, cement companies, and hydrogen bus manufacturers, among others."

A preliminary lifecycle analysis indicates that for every ton of hydrogen produced, SGH2’s process displaces 13 to 19 tons more CO2 than processes using electrolysis to split water’s hydrogen and oxygen. Do said his production costs are lower, averaging $2 per kg.

"We can do it cheaper because our fuel is free, in exchange for offering disposal services at no cost to generators. And we can run the plant year-round while electrolysis depends on availability of solar and wind," he said.

A 2020 Hydrogen Council report states that renewable hydrogen produced via electrolysis is about $6/kg hydrogen; although costs have been declining, and it projects they will continue to drop.

Another pioneer in the waste-to-hydrogen movement is Standard Hydrogen Company, which is converting waste to hydrogen sulfide, then splitting it into hydrogen and sulfur to make fuel from the hydrogen. Like SGH2, the company says its process is cheaper than electrolysis because it is less energy-intensive and involves no water.

Standard Hydrogen CEO Alan Mintzer hopes to close on his first joint venture this summer with a consortium of North American utilities and multinational corporations that will provide feedstock and purchase the hydrogen. He is targeting pricing of $4/kg wholesale and $5/kg retail.

"When we began marketing our services, we expected most of the interest to center around our hydrogen production capabilities, but most inquiries have centered around waste consumption. Not only will we clean the landfills and plastic and tire dumps, but our process provides an incentive to go to the floating garbage islands out in the oceans, and convert them into hydrogen," Mintzer said.

The California Energy Commission (CEC) and other agencies in that state have funded research on hydrogen transportation fuel, including potentially sourced from waste.

"As the state moves to deep decarbonization, we’re exploring all options — including hydrogen as a clean energy carrier — in order to identify the most cost-effective pathways to reduce carbon emissions and protect public health," says Laurie ten Hope, deputy director for Energy Research and Development at the California Energy Commission.

Technology & Investment Solutions is among those doing research for California. Its project is in collaboration with the University of Southern California (USC) and entails converting organic waste to biogas through anaerobic digestion and uses USC’s catalytic reformer to convert the methane to hydrogen for potential use as vehicle fuel.

Still, the process of making hydrogen fuel from any source has a way to go before it has firm footing, even in a state committed to decarbonization.

While California is mandated to bring 100 hydrogen refueling stations on line by 2025, and is looking to add more, it currently has just over 6,000 hydrogen vehicles on the road, compared to nearly 700,000 electric vehicles, noted a CEC spokeswoman. She added, "So while the state has invested in hydrogen technologies, today there is far less adoption of hydrogen fuel-cell vehicles than electric ones."

Through their growing pains, developers working on hydrogen from waste are onto something, speculated Keith D. Patch, an energy and technology consultant. Not only are other clean technologies such as electrolysis expensive, they require enormous energy and don’t address the waste problem that waste conversion technologies could, he points out. But what are the hurdles?

"The biggest barrier has been overly optimistic predictions by waste conversion companies, primarily around technical maturity and commercial economics. But once commercial readiness is validated by robust subscale testing, the industry should be primed for takeoff," Patch said. 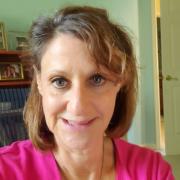 Companies are jumping aboard the federal packaging and recycling policy train

How AI and robotics are shaping the MRF of the future

See all by Arlene Karidis