One of the region that produces the most food for America is also one of the most polluted.

Excerpted from "CHOKED: Life and Breath in the Age of Air Pollution," (University of Chicago Press, 2019) by Beth Gardiner.

Highway 99 cuts down the middle of the San Joaquin Valley, hot and dusty. The trucks that ceaselessly crowd this road hurtle by, or ride close on my tail, as I drive a behemoth of an old borrowed car southward, past billboards and motels and fast-food places. To the right, the Diablo Range spikes high into the sky, its peaks rising steeply from an utterly flat valley floor. On my left tower the majestic Sierra Nevada. In the parched strip of land wedged between the two ranges — home to impoverished immigrants and the vast agricultural concerns for whom they pick peaches and tomatoes and pistachios — the sun beats down relentlessly. 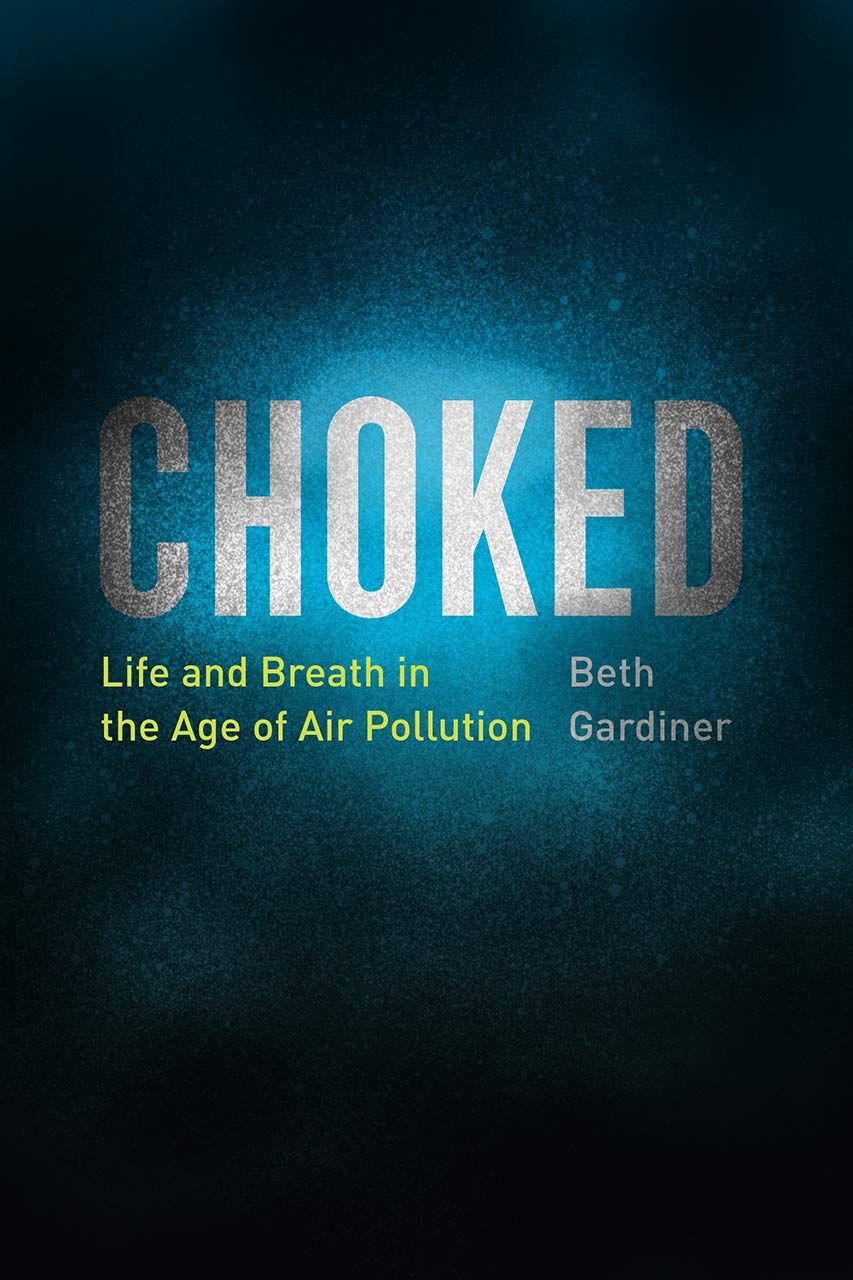 The highway is lined with the hulking architecture of industry. But it looks like no industry I’ve seen before. Between the stretches of open fields, cylindrical tanks, some of them four or five stories high, cluster together, pipes winding along their tops. Farther back, beneath white roofs held up by metal poles, cows cluster by the hundreds on concrete platforms.

This is industrial-scale agriculture — factory farming to its critics, or just Ag to locals. The San Joaquin forms the bulk of California’s vast Central Valley, one of the world’s most fertile and productive farming regions, providing a quarter of the food Americans eat. The hulking structures here on 99 process the corn and soy shipped from the Midwest into cattle feed, dehydrate milk for export to China and ready the crops grown in nearby fields for shipment far and wide.

But the San Joaquin Valley’s agricultural productivity isn’t the only quality that earns it superlatives. This is the worst air in America. The region’s cities and towns consistently dominate the American Lung Association’s particle pollution rankings, and only Los Angeles beats it for ozone.

The crisis here shatters notions that dirty air is only an urban problem.

The region’s cities and towns consistently dominate the American Lung Association’s particle pollution rankings, and only Los Angeles beats it for ozone.

I get off Highway 99 at an exit marked Shafter, and soon I pull up to Tom Frantz’s ranch house, surrounded by almond fields. He’s a lifelong gadfly, a relentless litigant and activist, head of a group he co-founded, the quirkily named Association of Irritated Residents, or AIR.

Here in Kern County, Frantz tells me, every square mile is home to thousands of cows. "They’re wall to wall, almost." Nearly a half million live in nearby Tulare County.

Frantz pulls up a satellite map that offers powerful evidence of their impact. It shows a yellow-orange circle centered over Highway 99, the color a warning of high levels of methane, the main ingredient in natural gas. It floats off big lagoons of manure. Methane is a potent driver of climate change, so these huge concentrations of cattle pose a threat not just to their neighbors, but to the planet’s very future.

Ammonia wafts off those manure lagoons, too, and from fertilizer in the fields; it combines with other pollutants, including nitrogen oxides (known as NOx) from vehicles, to create tiny, deadly airborne particles.

Frantz clears up something that’s been puzzling me. Dotted all around the Valley are huge piles — hills, really — as tall as houses and hundreds of feet long. They’re covered with white plastic tarpaulins, and I’ve been trying to fathom what’s underneath. Frantz explains they’re heaps of silage, fermenting green maize or other fodder for cattle. These odd-looking mounds add their own taint to the air here. When the tarps are lifted, gases called volatile organic compounds, or VOCs, escape, then combine with NOx in the air to form ozone.

Ammonia wafts off those manure lagoons, too, and from fertilizer in the fields; it combines with other pollutants, including nitrogen oxides from vehicles, to create tiny, deadly airborne particles.

The smell can be oppressive for those who live near the dairies, but the effects of the Valley’s terrible air reach well beyond those who live next to big farms. The region’s premature birth rates are among the highest in the state (PDF). At the other end of life, "I’ve watched people die prematurely. I will die prematurely living here in Kern County all my life," Frantz says matter-of-factly. Then there’s the quality of life: "You’re sick a lot." He and his father both developed asthma as adults, and so did his brother-in-law.

Eventually, we head outside, and into Frantz’s pickup truck. The mega-dairies I see through its windows are relative newcomers. "None of those were here in 1990," Frantz says. While the Valley’s fertile soil has long made it hospitable to growers, it was only as property values around L.A. began to skyrocket that the owners of that region’s big milk operations sold up and moved to Tulare and Kern counties.

As we pass one huge farm, Frantz estimates its permit covers 3,500 milking cows, which means that with calves and heifers and animals rotating through resting periods, there could be as many as 7,000 head in total. There’s another dairy, of similar size, right across the street.

Soon, we bump onto a dirt road and get out beside a huge rectangular lagoon, filled with manure. Dealing with vast amounts of excrement is the biggest challenge facing these farms, which are known in the industry as concentrated animal feeding operations, or CAFOs. In a more traditional, smaller-scale operation, manure becomes fertilizer, a rich source of nitrogen that nourishes feed crops, its nutrients moving from animal to soil to plant in an eons-old cycle. But with so many animals on so little land, there’s far more manure than the soil can absorb, and much of the feed, in any case, is shipped in from afar.

Such intensive production has changed, in just a generation, our relationship with the land we live on and the food we eat.

American companies invented this style of agribusiness, and it has reached its apotheosis here in the San Joaquin Valley: "The most industrialized farming in the history of man," says local author Mark Arax . The scale is hard to fathom — a million acres of almond trees; a single company that, every week, grows enough carrots to circle the globe.

Such intensive production has changed, in just a generation, our relationship with the land we live on and the food we eat. It’s helped — through its heavy use of fertilizers, pesticides and the medications necessary to prevent disease in animals living cheek by jowl — to drive the terrifying growth of antibiotic-resistant bacteria, the dwindling of insect populations, the impoverishment of soil.

And, as I now understand, it is also a major contributor to air pollution, not only here but around the world. Agriculture, I’m shocked to learn, is responsible for about half the man-made air pollution in America and even more — 55 percent — in Europe. In much of Europe and the eastern United States, it’s the largest single cause of air pollution–linked deaths.

As we head back toward Frantz’s house, I notice white wooden boxes scattered around the dusty almond groves. They hold beehives trucked in from across the country, the only way to meet the demand for pollination that will come all at once, in a few weeks’ time, when these trees begin to blossom. It’s known as the planet’s greatest annual "pollination event," and the millions of rented, out-of-town bees — stressed by travel, exposed as they work to alien microbes and parasites — are as vivid a sign as any of the ways this intensive, modern kind of farming has warped nature’s rhythms, and placed living creatures under extraordinary pressure, all in an effort to wring maximum productivity from every inch of land, and every dollar put into it.