Sustainability professionals are inundated with surveys, reporting frameworks and guidelines. As reporting metrics evolve, the industry needs accessible and consistent ways to evaluate performance. With more than 94 million pieces of corporate sustainability data in its database, CSRHub makes many publicly available data sets easier to access and browse.

The following Q&A is an edited excerpt from a Sustainable Business Fridays (SBF) podcast. SBF brings together students in Bard’s MBA in Sustainability with leaders in business, sustainability and social entrepreneurship. You can subscribe to the podcast on iTunes or Podbean.

Bard MBA: There has been a tremendous amount of growth in sustainability and corporate social responsibility. What is one major shift that has occurred in this industry over time?

Bahar Gidwani: People talk about sustainability as having three parts, or as ESG: environment, social and governance. One of the fun things that happens when you have a really huge base of data is you can see how those three things interact. 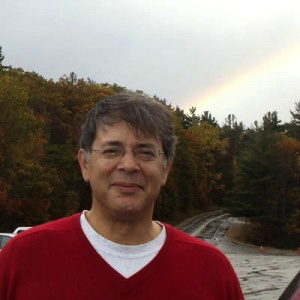 We did a study based on our data going back to 2008 that showed that in 2008, ’09 and ’10, interest in governance took off like crazy. All the scores in governance rose for the companies we were tracking, and it makes sense. Governance is one of those things that ties very closely to the financial crisis of 2008. One of the things that was revealed in 2008 was that the governance hadn’t been as good as people thought.

Our data then showed that in 2011, ’12 and ’13, environment took off; people started investing more time and money in it, started worrying about their environmental performance. That also makes sense. That was the era in which we understood that we were really destroying the entire world, and companies realized they had to do their share of trying to fix things.

When you have a big set of data — we have 95 million pieces of data now on 16,500 companies, in 133 countries — when you have that kind of breadth of data, you have an opportunity to do social trend analysis and you can look at how companies have been performing socially for very long time periods of time.

Bard MBA: What are second generation ESG metrics and how do they differ from first generation?

Gidwani: Again, it’s something that we can see from our data, and it’s a very interesting process to see.

We have 480 different data sources, and a lot of the data sources had been and continue to be driven by what companies say about themselves. So companies would write an annual report, and they might not put very much about sustainability in there. Then they’d publish separately a sustainability report. In the sustainability report there’d be fluffy clouds and little children eating ice cream — it might not have anything to do at all with their business, but it all looked very nice and seemed very wonderful, and it was aimed towards trying to improve how the company was viewed by society in general.

This kind of self-reported data was the basis for many years for how people viewed the social performance of companies. There really wasn’t anything else to rely on.

In the sustainability report there’d be fluffy clouds and little children eating ice cream — it might not have anything to do at all with their business, but it all looked very nice.

One of the things that’s happening in sustainability is that people are talking about moving into more formal types of communications. Companies are being asked or forced to include their sustainability performance discussions in their financial filings, which are heavily regulated, or in very well structured sets of data going to people like their security regulators or other kinds of governmental regulation bodies.

For instance, there’re all kinds of carbon tracking systems being set up. California has one now. There’re all kinds of employment tracking systems being set up. There are ways of tracking conflict minerals. There’s a group called SASB, the Sustainability Accounting Standards Board, that is asking all publicly traded U.S. companies to report certain kinds of metrics.

As you go across these new reporting systems, and as they become more formalized, you get a new brand of sustainability metrics that are much more rigorously defined, and a much more uniform type of data across companies about their non-financial performance. I think that’s an exciting opportunity — especially for a data-driven company like ours — to better understand how companies are performing.

Bard MBA: What are the underlying trends that are really driving this movement of second generations metrics versus self-reporting, and what is the impetus for developing groups such as SASB or GRI?

Gidwani: We think the underlying driver is the same thing that drove us to exist, and we exist because the data sets that are out there are very disparate and poorly organized.

The existing data sets were giving very poor quality feedback to the people in the field who are actually trying to implement sustainability programs. These new approaches, in the end, turned out to be efforts to try to improve that feedback. Many of them have come, in theory, from investors who are claiming they need non-financial information in order to better understand the risks and better analyze companies. The positive side effect is that companies, in turn, will have to better order their sustainability data and report it more consistently, and as a result, will be better able to understand their own sustainability performance and to set clearer goals for themselves.

I think there are a lot of unintended consequences here. Investors are a funny group. They aren’t necessarily very rational. I know they’re supposed to be. If you think about it, the last thing in the world investors ought to want is more consistent, better data; the better the data is and the more consistent it is, the less chance an investor has to generate alpha — to outperform other people. There’s more risk that everyone else knows the good things you know, and therefore you won't be able to make money. In the zero-sum game of investing, standardization is a bad thing, and yet for some reason, a lot of investors are pushing for it.

In the zero sum game of investing, standardization is a bad thing, and yet for some reason, a lot of investors are pushing for it.

Bard MBA: How do we balance the need for understanding where a company really sits on its ESG performance with still being able to develop this broad breadth of data?

Gidwani: I’m not sure that the inconsistency that I’ve been talking about is a bad thing for investors.

If you look at the major data sources we track from Wall Street, we’ll often find that one major data source, like MSCI, might have only a 30 percent correlation in its views with another major data source like Thomson or IRIS. These are well-founded data analyst companies; hundreds of analysts beavering away every day trying to figure out what’s going on inside companies; reading everything they can. Yet, as you look across the S&P 1200, which I recently studied, there’s a 30 percent correlation between two major sources on how companies are performing. You could look at that and say, "Oh my gosh, that’s awful."

From a company manager’s perspective, it’s extremely confusing and frustrating because you don’t know whether you’re doing well or badly, because one source says you’re doing well and the other source says you’re doing badly. But from an investor's point of view — and this is what I was saying before — it actually could be good, because if one of them happens to be right, or happens to be right more often than the others, and you happen to be their client and get their data, you’re theoretically going to make more money than your peers.

There’s an interesting inconsistency here about the idea of investors who care about social issues, who claim at least that that’s what they’re doing, and who want to buy the best performing companies socially and hold only those companies, doing it with the intention of making more money than other people. Investing is a zero-sum game, and investors who seek to invest in better companies in order to make more money are, in a sense, trying to take money from other people.

There are other strategies for investing that I think are more consistent with the overall idea of sustainability. There’s a group of investors who seem to have fairly explicitly accepted that investing in sustainable companies might actually underperform investing in less sustainable companies. They recognize that if they remove whole chunks of the market from their investment policy, they might underperform — just as you would if you did any other strategy that removed whole chunks of the market. Any time you limit your opportunities for investment, you tend to underperform. Those investors are trying to bring back in, then, measures of return that are nonfinancial. They’re trying to measure a social return, and if they add that social return to their financial return they’re whole again.

There was a nice study done by Cambridge Asset Management that showed that sustainability-oriented hedge funds returned about 600 basis points in the most recent quarters while non-sustainability-oriented ones returned about 800 basis points. So 2 percent. If you’re willing to give up 2 percent, you can be ethical and buy only companies that are good companies, and that may be the way in which this all works out.

Bard MBA: You coined the phrase "dark data." What is "dark data," where can it be pulled from and what keeps it in the dark?

Gidwani: Dark energy, as you probably know from astronomy, is the stuff the binds all the universe together. And yet we don’t seem to know very much about it. It’s out there, and every part of the universe is affected by it; we feel its gravitational pull.

We don’t get to see a lot of the data that’s actually driving sustainability performance.

So companies, for instance, are giving a lot of information about the health and welfare of their employees — about accidents, spills — to the U.S. government. Most companies now are involved in supply chain reporting. Walmart has asked all hundred thousand people who sell products in its stores to fill out a scorecard of information about how they treat their employees, how they package goods, what their carbon footprint is and things like that. We know these scorecards exist, we know companies are exchanging tons of sustainability data with other parties, but we don’t get to see it. As a result, we don’t get to see a lot of the data that’s actually driving sustainability performance.

That’s the dark data. My hope would be that we can make it economically favorable and socially positive, something that’s socially demanded even, to have more and more of that data exist.

Imagine if you’re looking for a supplier, and you could leverage off all of the work that all the other people in the marketplace have done looking for a similar kind of supplier. You want someone who’s got a good carbon footprint, treats their employees well, doesn’t package excessively. Lo and behold, you’d like to see where Apple and Microsoft and everybody else bought that kind of product from. As it stands right now, you can’t find that out. 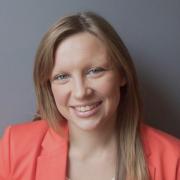 Impossible Foods cooks up a new paradigm for the food system

See all by Reagan Richmond