Hydraulic fracturing has sent domestic oil production to record heights, but also has sparked significant debate over the practice’s environmental impact. The process involves injecting a mix of chemicals and fluids into underground oil-bearing rock formations under high pressure, which fractures the rock and releases the oil. Water is by far the largest component of the fracking mixture, which has caused some areas with significant numbers of oil plays to experience water shortages.

According to oil producer Chesapeake Energy, an initial drilling operation itself may consume from 6,000 to 600,000 gallons of water. However, a 2009 report from the Groundwater Protection Council stated that “the amount of water needed to drill and fracture a horizontal shale gas well generally ranges from about 2 million to 4 million gallons, depending on the basin and formation characteristics.”

Because the availability of quality water is crucial for the operations of a number of industries, institutional investors should pay close attention to the effect that this method of production has on local water supplies.

During the most recent midterm elections, communities in California, Ohio and Texas chose to enact bans on fracking. Perhaps most notable was the ban passed in Denton, Texas, widely accredited with being the birthplace of hydraulic fracturing.

The effect of the practice on water quality and the disturbances caused by large trucks delivering water to drilling sites was one of the main reasons voters cited in their support of the ban in Denton, according to the Houston Chronicle. However, the decision raised interesting legal considerations regarding water rights in the state and the responsibilities of oil producers.

A study (PDF) published in the journal Environmental Science and Technology performed by the Bureau of Economic Geology last year looked at past and projected water use for fracking in shale plays in Texas, far and away the most prolific state in terms of oil production and fracking activity. The report found that fracking in 2011 was using more than twice as much water in the state as it was three years earlier. 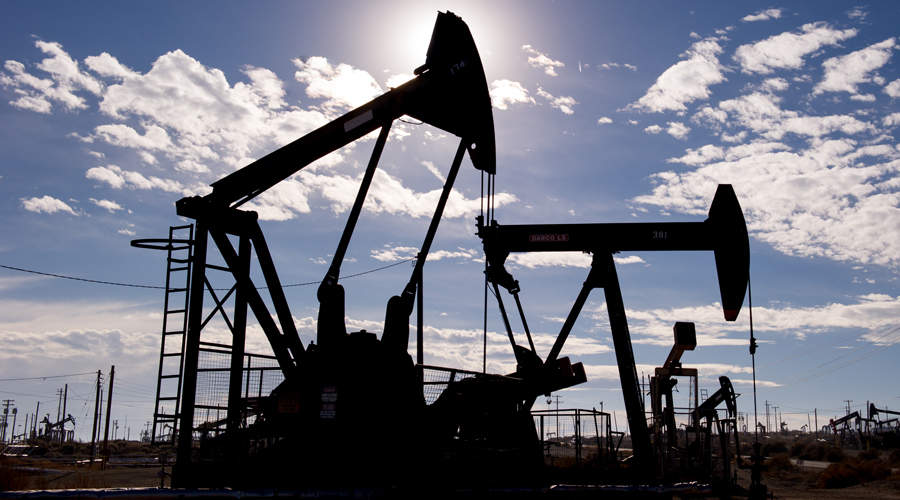 Hydraulic fractured gas wells drilled and completed in the United States in 2011 consumed 135 billion gallons of water, according to the Bureau of Economic Geology.

The extent of water use for shale plays in the state easily can be researched, as operators are required to report water used for fracking to the Railroad Commission of Texas. However, information on source or quality of water is not required to be reported. While property owners maintain groundwater rights in the state, the state owns all surface water. A water-right permit is required for any industrial use or diversion. However, groundwater withdrawal for use in oil and gas activities is exempt from groundwater conservation district regulations per Texas water code.

The Bureau of Economic Geology report estimates that all hydraulic fractured gas wells drilled and completed in the United States in 2011 consumed 135 billion gallons of water, equivalent to about 0.3 percent of total U.S. freshwater consumption. It is also noteworthy that a report by the Environmental Working Group found that at least 3.3 billion gallons came from areas experiencing drought.

However, water use in the oil and gas production industry still falls drastically short of the amount of water used in the domestic agriculture industry, which consumes 32,850 billion gallons of water annually, or more than 243 times more water than fracking for shale gas, according to a 2013 report by The Energy Collective.

What makes water use by oil and gas producers a more popular subject of concern is the issue of water quality. The mix of chemicals used in the fracking process necessitates that the water be treated before it can be repurposed.

Up to 60 percent of the water injected during the drilling process will discharge back out of the well shortly thereafter, as flowback wastewater. This wastewater needs to be captured and disposed of or recycled. Many modern plays use surface ponds to store the hydraulic fracturing fluids, although this method recently has been regulated against in Pennsylvania. Wastewater associated with shale oil and gas extraction can contain high levels of dissolved solids, fracturing fluid additives, metals, oil and gas, bacteria and naturally occurring radioactive materials that could be harmful to local ecosystems, according to a 2011 New York Times article.

Because remediation or proper wastewater storage can be expensive, and producers’ profit margins are shrinking alongside falling oil prices, some producers have attempted to find alternative wastewater uses. Because of its high salt content, it has been sold as de-icer for winter roads, which causes concerns of run-off finding its way into the drinking supply. Such waste remains exempt from federal and state oversight.

Some energy organizations have committed to reducing waste water and finding more progressive means of procuring, treating and storing the fluid. General Electric Co. announced it would spend an extra $10 billion through 2020 to help explore the viability of “waterless” fracking.

Although aquifers generally rest much deeper than traditional fracking depths, dewatering and contamination are still common concerns. Shallow aquifers in Colorado and the Barnett Shale region have elicited responses from environmental groups concerned over chemical contamination, although the EPA’s report on groundwater contamination shows that contamination is unlikely and almost always a result of faulty well construction.

Near-surface aquifers are separated from wells by several layers of cement and steel casing, designed to keep the chemicals and escaping methane gases contained. However, the report did find that at least 10 compounds from fracking activities were able to find their way into groundwater in Wyoming.

“No one can accurately say that there is ‘no risk’ where fracking is concerned,” wrote Amy Mall, a senior policy analyst at the Natural Resources Defense Council, on the EPA report. “This draft report makes obvious that there are many factors at play, any one of which can go wrong. Much stronger rules are needed to ensure that well construction standards are stronger and reduce threats to drinking water.”

Just as with any new energy production strategy, hydraulic fracturing requires extensive monitoring to accurately determine any inherent risks. IW Financial will continue to publish the most up-to-date research concerning the impact of fracking on water supplies.

Shareholders Step Up Pressure on Fracking at Chevron, ExxonMobil