Carbon Tracker Initiative has released a study that might surprise the general public. The global study, "End of the Load for Coal and Gas?" (PDF), found renewable energy is now more cost-effective than fossil fuels. These data conflict with conventional wisdom that coal and gas are the cheapest fuels available.

The authors, Paul Dowling and Matt Gray, reached their conclusion by examining the assumptions behind levelized cost of energy (LCOE) calculations. They found that current assumptions regarding cost of capital, capacity factors, useful life and carbon pricing are outdated.

Gray said these assumptions lead people to believe that coal and gas are cheaper than renewables: "This [belief] is at best misguided and at worst misleading."

The authors offered a new set of LCOE assumptions. They also predicted how these updated assumptions will evolve by 2020. The results suggest a far rosier picture for renewable energy than many investors may believe.

To understand the conclusion that solar and wind are cheaper energy sources than coal and gas, one must evaluate these updated assumptions. The authors said their findings apply on a global scale. Because the scale is so large, their updated assumptions might not apply equally in every situation.

The study is meant to set a new baseline for thinking about cost of energy rather than to precisely calculate LCOE in every single scenario.

Investors are willing to buy ownership of renewable projects with less return than they were previously willing to accept.

First, increased comfort with solar and wind technologies has lowered the equity risk premium. This means that investors are willing to buy ownership of renewable projects with less return than they were previously willing to accept.

The report said this trend will continue in the coming years.

Lower discount rates are very important to solar and wind projects, because they have high capital expenditures relative to other costs. The overall cost of renewable energy is sensitive to a lower discount rate.

Current capacity factors for fossil fuels are too high. They point to increased renewable generation and overcapacity from new fossil plants, which are causing a decline in fossil-fuel efficiency.

Today, many professionals accept that fossil fuels are more efficient at producing energy than solar and wind power are.

According to the report, current capacity factors for fossil fuels are too high. They point to increased renewable generation and overcapacity from new fossil plants, which are causing a decline in fossil-fuel efficiency.

"China has the most oversupplied power market in the world," Gray said. Prioritization of renewable power in Europe and the United States has led to lower use of fossil-fuel plants.

Lowering the capacity factor of fossil plants from peak values to current values significantly impacts LCOE. Carbon Tracker Initiative estimated that this adjustment raises the LCOE of coal and gas by $11/MWh each.

The International Energy Agency estimates that real average capacity factors for coal and gas plants are 59 percent and 38 percent respectively.

A longer useful life leads to a lower LCOE. If a plant functions for longer, it amortizes its upfront costs over a longer period. Distributing such expenditures over more time lowers the LCOE.

Currently, coal plants are assumed to operate for 40 years, gas plants for 35 years and renewable-energy plants for 25 years. The report said these timelines disregard the changing economics of energy.

According to the report, periodic upgrades allow fossil plants to extend their useful lives. Current LCOE calculations assume that investors continuously will finance these upgrades. This assumption may be inaccurate.

Decarbonization efforts around the world and lower capacity factors make refurbishment of such plants less attractive to investors. The report predicted these factors will discourage investors from financing both refurbishments and new plants.

According to the report, "It is foreseeable that as capacity factors decrease leading to lower revenues making new fossil plants uncompetitive, the same effect is likely to lead to early retirements of existing plants."

The report cited 20 years and 25 years respectively as appropriate lifespans for coal and gas plants. Adjusting this assumption raises coal’s LCOE by $5/MWh and gas’s LCOE by $1/MWh.

Current LCOE calculations assume that there is no price on carbon. This assumption disregards political developments over the past several years.

According to the report, "As of May 2016, there were 40 countries and over 20 cities, states and regions with a carbon price in place, including seven of the world’s largest 10 economies."

Additionally, the report predicted that China will execute its plan to create an emissions trading system. If China follows through on this COP21 commitment, it will expose about 60 percent of global coal capacity to carbon pricing (PDF).

The report estimated that carbon pricing adds $4/MWh to coal’s LCOE and $2/MWh to gas’s LCOE. Despite the importance of carbon pricing, the authors caution readers against paying undue attention to it.

When asked for the most surprising takeaway from the study, Gray said the role of carbon pricing should be questioned: "Although still vitally important, the carbon price is [not necessary] to make wind and solar cheaper [than fossil fuels]."

Even if Trump plans to boost the fossil industry, Gray is doubtful that a change in policy can make renewables less attractive.

According to Gray, Donald Trump’s presidential election could create a hurdle. "Coal and gas investments could be indirect or directly subsidized by the state, which would undoubtedly lower the cost of capital."

Even if Trump plans to boost the fossil industry, Gray is doubtful that a change in policy can make renewables less attractive. "For United States solar and wind investments, I don’t think the cost of capital is sensitive to political activity, as these industries are well established and have significant political backing at state level. Texas, for example, has one of the most competitive wind industries in the world and is a state whose longest-serving governor in history is (new Energy Secretary) Rick Perry."

The Carbon Tracker Initiative report offers reasons for optimism about the future of renewable energy. If its findings are correct, investors should update their assumptions about future energy choices. 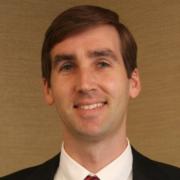 See all by Henry Litman