Early estimates of data center power consumption were overstated, and a combination of more efficient technology and the global downturn has had a significant effect, according to an independent study by Stanford University.

Power consumption from global data centers doubled in the first five years of the new millennium, and was forecast to double again by 2010.

However, the Growth in Data Center Electricity use 2005 to 2010 report said that consumption rose 56 percent, representing 1.1 to 1.5 percent of global electricity consumption, and that power use in the US rose just 36 percent.

The global recession had a major impact on power consumption, mainly through slower server growth. From 2005 server numbers grew by around 20 percent in the US and by a third worldwide, but the majority of growth was in high-end systems, and mid-range sales fell.

Jon Koomey, the report's author and consulting professor in the Civil and Environmental Engineering Department at Stanford University, told V3 that this move to higher end servers was in part due to companies using big iron systems to virtualise mid-range and smaller server arrays.

"Running a single server for an application is a huge waste of capital," he said. "Systems have got more efficient with virtualization."

However, companies also increasingly aimed for power efficiency in data centers, something that was slow to take off at the turn of the century. Better designs and more efficient technology cut overall costs, as well as providing green benefits.

Looking ahead, the study quotes IDC figures showing slow server growth rates to predict limited growth in consumption until 2013, but the industry has the potential for much greater savings, according to Koomey.

"There's a huge potential for efficiency improvement. In some scenarios using advanced technology would get us below where we were in terms of power consumption back in 2005, but that doesn't mean it will happen," he said.

Koomey explained that most servers in a data center typically run at around 10 percent capacity, citing a McKinsey study (PDF) showing an average of 6 percent for servers in data centers.

In addition, the report points to anecdotal evidence showing that that 10 to 30 percent of servers are defunct but still drawing power.

This article first appeared at BusinessGreen's sister site V3.co.uk, and is reprinted with permission. 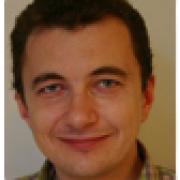 See all by Iain Thomson