I have a confession to make: I'm intimidated by those three-bin waste-sorting stations. They make me nervous, even as a professional waste specialist. You'd think I'd know whether the waxed carton goes in the recycling or the compost or the trash — but the truth is, I'm usually as confused as anyone else.

We've all stood over a trash can, contemplating what items belong where. And we've all had questions such as, "I thought glass was recyclable, but it isn't pictured on this sign. Can I still put it in?" or "This container is biodegradable, but there's no compost bin. What do I do?" It wasn't until a recent visit to a management recycling facility (or as the waste industry calls it, a MRF) that I started to understand why the act of "throwing away" is so complicated.

I visited Waste Management's MRF in the outskirts of Philadelphia as part of a waste sorting project for our team at a local university. Bon Appétit Management Company Executive Chef Matt Morett and I wanted to learn which of our disposable products were recyclable. But I learned a lot more as well, including a few incorrect assumptions we've all made about recycling.

Recycling is a business, not a public service

Recyclers operate using the money they receive for the materials they process and sell. These materials are sold all over the world. NPR’s Planet Money did a deep dive into the economics of recycling and found that a lot of U.S. plastic gets shipped to China to be turned into products such as toothbrushes (that are in turn sold back to us), and most of our shredded documents get sent to Mexico to be turned into products such as toilet paper.

The "recycling" that happens on U.S. soil is only one step in the process of transforming trash to treasure — we toss, haulers collect, MRFs sort and bundle similar products, then manufacturers all over the world buy those broken-down materials to turn them into new products. It’s a huge global industry that is constantly evolving depending on what can be sold (aka what materials are highly valued) and what consumers are recycling (aka what materials you’re tossing).

Not all recycling systems are the same

The facility I visited is a "single-stream recycling system," which means that all recyclables are brought in together and separated at the facility, rather than separated at the source. This system was developed in response to humanity’s collective ignorance and laziness — so few people are willing to take the responsibility of properly sorting their different recycling streams (types of recyclable items such as glass, plastic, paper, etc.) that the single-stream system was born so that others get paid to do it for us. This system makes it easier for consumers to recycle, but results in much greater levels of "contamination" —  when the wrong products end up in a particular waste stream.

When I asked our guide what was the craziest thing she had seen on the recycling line, she said, "Oh, we’ve seen it all — animal carcasses, helium tanks, bags of leaves, insulin needles. … People try to recycle everything! It can actually be quite dangerous for our workers."

Recycling is not a precise system – in fact, it’s really messy

I always assumed that products were taken to a place where they were cleaned and separated by hand into like categories. That’s not the case.

Although they’re separated by their material type (through the use of technology such as lasers and air guns), it is not very precise and actually leads to many products getting improperly sorted or separated from the recycling system altogether. I always figured there was a "no recyclable left behind" mentality, but I learned quickly that in order to be efficient and make recycling profitable, that just isn’t feasible.

Aluminum and glass are not being equally recycled

Recyclability completely depends on the type of recycling facility a product is going to, what kind of technology that facility has for sorting and what market exists for the end product.

For example, aluminum can be recycled without degrading in value: A soda can gets turned back into a soda can time and time again — the material holds up fine. Glass can also be turned right back into new glass, but there’s a problem: There’s no way to remove the color from glass. To my surprise, I learned that some recyclers are even beginning to think about phasing out glass because it isn't economically viable for them to separate it by color and there isn't much of a return on mixed glass. In the San Francisco Bay Area, Recology spokesperson Robert Reed said that some companies that buy the glass use optical sorters and that "separated or not, we make sure all glass bottles get recycled."

Shape, size and food residue all affect whether a product will be recyclable, too. This is why what’s recyclable varies greatly from place to place.

For example, ever wonder why plastic bags can be recycled at grocery stores but not in your average recycling bin? It’s because a special processing system is required to recycle bags. At Waste Management’s MRF in Philadelphia the bags actually get caught in the gears of their machinery, and they regularly have to shut down the system to cut them out. What’s recyclable through one system is not recyclable through all. 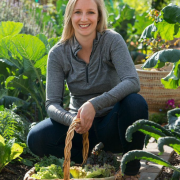