Our SDGs Letter Project is a call to action. Over a year ago, the U.N. adopted the 17 Sustainable Development Goals, which collectively represent millions of dreams and aspirations. GreenBiz, in partnership with the Yale Center for Business and the Environment, is publishing 17 letters by Yale University students that highlight the ideas of youth regarding the 2030 developmental agenda. This series seeks to drive forward the collective will to translate the SDGs into reality.

Forty-eight nations — across Asia, Africa, the Americas and Small Island States — are included in the United Nations’ list (PDF) of least-developed countries (LDCs), a classification made for nations whose gross national income is below the designated threshold of $1,035. These nations have sub-par performance on the Human Assets Index — which measures human capital based on indicators related to nutrition, health, education and adult literacy — and who perform poorly on the Economic Vulnerability Index, which measures the structural vulnerability of a country to economic shocks.

Such criteria, however, tend to overshadow one key asset that LDCs share: a relatively large population of young people. On average, 60 percent (PDF) of LDC populations is younger than 25. That’s a lot of youthful energy that can be harnessed to promote positive change, particularly in the private sector. 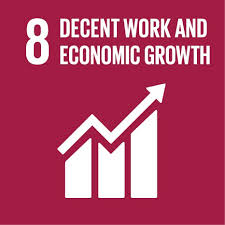 The goal of Sustainable Development Goal 8 is "to promote inclusive and sustainable economic growth, employment and decent work for all." Especially in LDCs, youth engagement and entrepreneurship are hugely important to make sustainable economic growth a reality. Not only because they form such a significant portion of the population, but because young people are (arguably) more creative and innovative than adults, and less inhibited in trying new things. Moreover, research suggests that "enabling young people to meaningfully engage in initiatives that they create not only makes youth the stakeholders of their immediate future, but of their community’s long-term well-being."

LDCs must overcome substantial challenges in order to reduce poverty and create meaningful, equitable employment opportunities. Young people are the creative problem solvers best equipped to find solutions that complement the work being done by governments and aid organizations. In many cases, millennials and their younger counterparts in Generation Z — who have a unique understanding the types of employment most appealing to their peers, as well as how to leverage technology — can be the most important and influential agents of change in the countries that need it most.

Young people are the creative problem solvers best equipped to find solutions that complement the work being done by governments and aid organizations.

In Nepal, an LDC nestled between China and India, the positive influence of youth was brought to the fore following the devastating April 2015 earthquake that killed nearly 9,000 people and destroyed about 500,000 homes. Despite the emergency situation following the earthquake, the government was slow to disperse international aid through the Prime Minister’s Disaster Relief Fund and inadvertently created a bureaucratic quagmire of relief supplies entering the country by imposing paperwork and tariffs.

In response, a flurry of innovative grassroots relief efforts, fueled largely by young Nepalis, emerged to pick up the government’s slack. Creative uses of technology, social media and creative thinking with regard to working outside the system contributed to the success of these initiatives. For example, young Nepalis were integral in helping to establish a grassroots relief effort launched out of the Yellow House bed and breakfast in Kathmandu. It distributed supplies such as rice and tarps to some of the hardest-hit districts. As reported in WIRED, "Yellow House has emerged as the hub of a vibrant guerrilla aid operation run by a handful of young people armed with little more than Facebook, open source mapping technology, local knowledge, and some anti-establishment verve."

In the two weeks following the earthquake, the grassroots group had executed 172 missions, in some cases delivering the first supplies to reach hard-hit communities in more remote areas outside Kathmandu. In recognition of the group’s efficacy, more traditional aid organizations, such as the U.N. refugee agency UNHCR, channeled some of its relief supplies through the youth-driven effort.

Although comprehensive research is lacking, anecdotal accounts track a recent rise in social entrepreneurship in Nepal — and the earthquake appears to have directly spawned even more innovation among young Nepalis. As one indicator of this trend, innovation hubs or "maker spaces" increasingly have popped up in Kathmandu since the earthquake in order to meet demand and further inspire innovation. The founder of one such organization, Communitere, noted, "Youth engagement was one of the really amazingly positive, visible outcomes of the earthquake." This particular post-disaster context demonstrates that when faced with a critical problem and an inactive government, Nepali youths are motivated and highly capable of stepping in to find solutions.

The rise of youth engagement is particularly promising for Nepal in light of another trend common in LDCs: the overwhelming outmigration of young, primarily male workers to foreign countries due to a lack of viable opportunities in Nepal itself.

The rise of youth engagement is particularly promising for Nepal in light of another trend common in LDCs: the overwhelming outmigration of young, primarily male workers to foreign countries due to a lack of viable opportunities in Nepal itself. On average, per day, 1,300 young males leave the country for work in Gulf states and elsewhere. This leads to a host of issues that further inhibit realization of SDG 8, including increased responsibilities for women and the elderly, causing overburden of these already vulnerable groups. Moreover, working conditions overseas are known to be exploitative (in Qatar, Nepali migrant workers receive the lowest per capita income), dangerous and often deadly: Nearly every day, the remains of Nepali workers arrive at Tribhuvan International Airport in Kathmandu.

National ministries of education, development organizations and NGOs dedicated to innovation are critical to equipping LDC youth with skills and opportunities so that they can realize their entrepreneurial potential, such as through strong education systems and the establishment of innovation hubs. Ultimately, young people must craft the jobs they want to have, invent the solutions they know are possible and create the change towards more inclusive and sustainable employment — right at home. 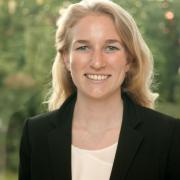 See all by Tory Grieves