The death of 'alternative energy'

Fifteen years ago, when I joined the early ranks of clean energy entrepreneurs, we were nearly dead in the water on climate. Oil was $15 per barrel, Al Gore’s groundbreaking movie "An Inconvenient Truth" hadn’t come out and a solar panel was something that powered a calculator.

In 2005, I went to my first Alternative Energy Conference, in Aspen, Colorado. I was asked to speak at the event but hadn’t paid much attention to the agenda. Upon arrival I found the audience consisted of coal, oil and gas executives.

It turns out that "alternatives" in the energy space in 2005 actually meant new methods for extracting old fossil fuels: tar sands, "clean coal" and a new thing called fracking. This, according to all of the other speakers, was the future.

I didn’t walk away optimistic about our coming transition. Forecasters weren’t wearing their rose-colored glasses, either.

What a difference a decade makes

In the first quarter of 2017, renewable energy accounted for 20 percent of all U.S. electricity while fracking has gone mainstream. On the flip side, six publicly traded coal companies declared bankruptcy during 2015–16 while coal production had its steepest annual decline since 1958. And after much hype, the number of operational "clean coal" power plants in the U.S. remains firmly stuck at — zero.

In the end, these fossil sources, particularly coal, look increasingly like the new "alternative energy sources," because there’s simply no economic justification for them.

The speed of this transformation may surprise some readers. That’s understandable. For years, traditional energy analysts completely have misforecast the transformation.

Three drivers of change set us on this course. It started first with the growing chorus of concerned citizens, scientists and activists coming together to seek out solutions — often at a local level. This was catalyzed by inflection points such as "An Inconvenient Truth," but the sources of inspiration were everywhere as the evidence of change mounted.

Broadly speaking, businesses have played two key roles in cementing our direction on climate. First, large companies finally have started to internalize the will of their customers. Five out of the top six most valuable public companies in the world are U.S.-based technology companies: Google (Alphabet); Apple; Microsoft; Amazon; and Facebook. They are also the source of the greatest amount of electricity demand growth in the world. All of them have committed to 100 percent clean energy in the near future — Google is there today. The others behind them will follow suit.

Leading companies have committed to clean energy to save money, show leadership and meet the growing cries from their customers and employees to be part of the solution. The magnitude of this commitment cannot be overstated. These companies have a combined market capitalization of nearly $2.3 trillion — exceeding the size of nearly every economy that signed the Paris accord.

Trump and Paris: Both irrelevant?

Last year, diplomats and world leaders gathered in France to sign the Paris climate accord. It was the culmination of over a decade’s worth of work, and it was heralded as a historic agreement.

The accord was historic. Virtually all climate scientists agree the commitments were, in fact, necessary first steps. Most also would agree they were not sufficient, but at least they showed an alignment and a willingness to stand together in this time of global crisis.

In June, our new president began the work of removing the U.S. from the Paris commitments. But interestingly, it would appear the U.S. commitment, or lack thereof, has had no material impact on the movement to address climate change. Like so many solutions to our climate challenges, the movement is now distributed and highly effective.

As has been pointed out many times, all stakeholders addressing climate change were moving on their own before Paris, and virtually all of them already had in place plans which would result in exceeding the Paris goals. This is true of the U.S. as well. The real value of Paris was simply was coming together to collectively acknowledge the challenge and show unity around a future engagement for the next steps after Paris.

Today, leadership is everywhere, distributed in its origins, rationale and actions. China is investing hundreds of billions in renewables over the next three years while slowing plans for coal-fired power plants. The same is happening across India. Germany is sourcing as much as 85 percent of all its energy from renewables at any given time, with Chile and the Nordic countries pushing ahead as well.

The story of transformation here in the U.S. is, typically, much more diverse and creative than some of the top-down transformations listed above. The U.S. shift didn’t happen because of a global accord, or really with much support at the federal level at all. It happened because of local leadership, consumer demands and entrepreneurialism.

The efforts of brave local political leaders, individual consumers and prosumers (those using as well as selling back their solar or storage), and most importantly of businesses around the globe have proven an irreversible movement. No one global leader nor one global accord will make or break this effort. This is a decentralized transformation, and no one in their right mind wants to go backward.

The road to safer, cleaner future has not been straight, but it is a one-way street.

The road to safer, cleaner future has not been straight, but it is a one-way street.

Trump’s attempted reversals on climate are pathetic. There is no clearer an example of political manipulation than his rhetoric on Paris. While he’s in office, he clearly weakens our global standing and we must stand up to show he doesn’t represent the majority of Americans — he represents less than a third, to be precise.

Thankfully, the president is decreasingly relevant. We’re doing this with or without him and he can do nothing to stop it. America’s leading corporations are exceeding the Paris targets. States representing the majority of the country are exceeding the goals of the accord.

While Trump plays petty payback politics which embarrass us on the world stage, we’re getting the job done here at home. 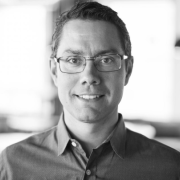 See all by Andrew Beebe