Over the last several years, the scope of clean — or at least clean-ish — cars on the market slowly but steadily has expanded.

Where eco-friendly cars were once almost exclusively associated with the Toyota Prius, and then the Tesla Model S, automakers such as Ford, General Motors and Honda now offer a range of hybrids, plug-in hybrids or electric vehicles.

And then there are diesel-powered cars, which have had perhaps their longest moment in the spotlight during the past few weeks, following the revelation that German automotive giant Volkswagen AG had programmed 11 million diesel sedans to cheat government emissions standards.

Diesel fuels long have been criticized for worsening the impacts of chronic lung conditions, such as asthma, and even increasing the risk of lung cancer. But the advent of "clean diesel," with new types of emission-inhibiting combustion techniques or tailpipe add-ons, has helped automakers such as VW, sister company Audi and Mercedes-Benz boost sales, particularly in Europe and Asia.

Now, as the fallout from the VW scandal has intensified, the future of the clean car market looks murkier than ever.

"I think it’s going to have an impact on diesel," said Mike Milliken, founder and editor of Green Car Congress. "It’s too bad, because if you treat it right it does give you some measurable reductions."

John Voelcker, editor of Green Car Reports, thinks the VW scandal may be severe enough to actually reshape the market for clean cars.

"Will this kill diesel?” Voelcker asked.

In many ways, the Volkswagen fiasco underscores deeper shifts in the market for green cars that long have been in motion.

First and foremost is the rapid evolution in both the energy storage and charging capabilities that make electric vehicles more viable for regular use. At the forefront of that evolution, of course, is Tesla.

"There is now an alternative that has no emissions at all," Voelcker said. "It is hard to understate the impact of the Tesla Model S on the prestige German automakers."

December sales figures graphed by market research firm Baum & Associates and HybridCars.com help convey just how many automakers, including European stalwarts such as Daimler and BMW, have jumped on the EV train: 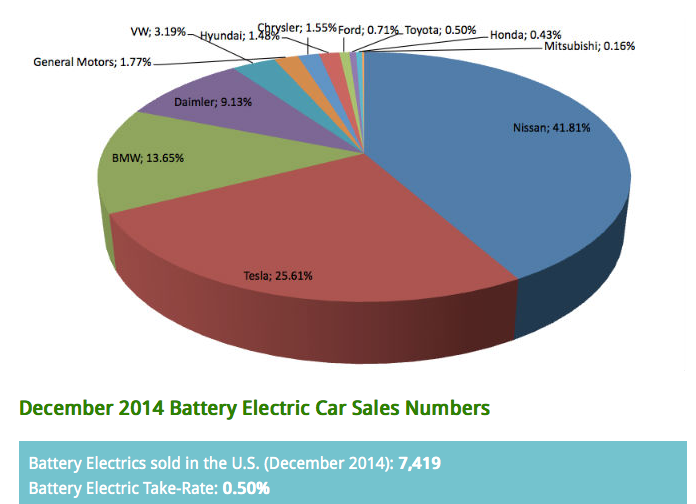 With longer-range EVs under development and cities, automakers and a range of charging companies working to build out infrastructure, sustainability advocates are optimistic that sales and adoption rates will continue to climb.

In addition, more existential threats are being posed to automakers by car and ridesharing upstarts such as Uber and Zipcar.

There is also the continued growth of hybrid cars often marketed as a middle ground between EVs and fossil fuel-powered cars.

Both the overall hybrid market and plug-in hybrid market in the U.S. have seen a range of entrants jumping into the fray, as illustrated by Baum & Associates and HybridCars.com sales data: 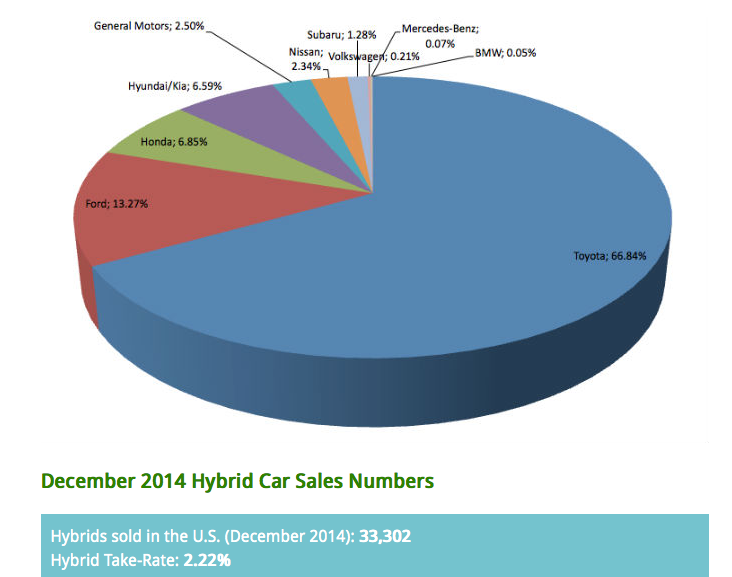 Milliken, however, warns that many automakers have started to rely on combustion techniques borrowed from efficient diesel engines to improve the emissions performance of gasoline engines.

"I don’t know if there's a backlash against diesel if that will flow over into gasoline engines," he said.

So where does that leave diesel, particularly with even more recent reports that other automakers also may have fudged emissions performance?

"This stuff only works if nobody cheats," Milliken said. "I think we’ll see an initial flurry of scrutiny."

A matter of trust

For Henk Campher, vice president of social impact at public relations firm Alison+Partners, the Volkswagen scandal is another blow to the public perception of the auto industry as a whole.

Nearly every major brand, most valued in the tens of billions of dollars, have encountered some sort of safety recall or labor exposé over the years.

"I think the impact is a continued rapid decline in trust of the automotive industry," Campher said.

Indeed, savvy law firms are already vying to seize on that distrust.

"In an attempt to surpass Toyota as the world’s largest auto manufacturer — which it did — Volkswagen knowingly manipulated the demand for reduced air pollution from vehicles by preying on consumers’ well-intentioned desires to protect the environment," according to a press release from Girard Gibbs, one of several firms pursuing a class action lawsuit against VW.

Still, Campher does not expect to see the overall market for sustainable transportation dinged as a direct result of the VW scandal.

"I don’t think it’s going to harm sustainability in any way," he said. "This would have had damage if Tesla had lied or Toyota had lied about the Prius."

What the ordeal does is undermine the sustainability claims made by specific companies.

"What it tells me is we need an auditing system," Campher said.

Voelcker also points out that diesel cars have another built-in audience with completely different priorities from environmentalist buyers concerned about emissions.

While demographics may be difficult to reconcile, the auto industry could undertake other actions aside from cranking out electric cars to ensure better environmental performance.

Milliken expects emissions testing procedures to become a particular hotspot. Currently, automakers and regulators test cars for emissions in a laboratory setting, but he expects pressure to take that testing into the real world to escalate in the weeks and months ahead.

"I think we’re going to see a few big changes in the industry," he said.