Debunking the Notion of a Triple Bottom Line

When I teach the "Strategies in Sustainability Management" course at Harvard University in the spring, the students are required to read a journal article by Wayne Norman and Chris MacDonald, "Getting to the Bottom of the 'Triple Bottom Line.' " This effective debunking of the notion of a triple bottom line (TBL) is 6½ years old now, and it is still making people angry.

The basic thrust of their case against the serious use of the TBL concept is that it is "inherently misleading -- the term itself promises or implies something it cannot deliver."

As business ethicists, they present a series of arguments for why it would be impossible to evaluate an organization's social responsibility performance by aggregating the kinds of data typically presented in a company's social responsibility report. They do not claim that the supporters of the TBL concept actually claim to aggregate the data in this way, but only that this is what they would have to do for the analogy with financial accounting to have any meaning or credibility. They then argue that the TBL concept cannot be rescued simply by sharpening its claims  -- "The TBL rhetoric is badly misleading and may in fact provide a smokescreen behind which firms can avoid truly effective social and environmental reporting and performance."

The TBL concept was introduced by two pioneering sustainability consulting firms, AccountAbility and SustainAbility, in the early 1990's. Since that time, other consulting firms have bandied about the term and it is embraced in business school curricula, socially responsible investing organizations and even by a wide range of NGOs. When you examine how this term is used, in almost every case the promoters are trying to convince people who already take seriously the financial bottom line that they should also take seriously social and environmental bottom lines. However, upon further analysis, it is difficult to find anything that looks like a careful definition of the TBL concept, let alone a methodology for calculating the TBL with financial rigor.

{related_content}According to Norman and MacDonald, the TBL concept turns out to be a "good old-fashioned single bottom line plus vague commitments to social and environmental concerns." Their concern as ethicists is that it may be exceedingly easy for almost any firm to embrace the TBL and make no more concrete and verifiable commitment to CSR and sustainability. If you have not read the paper, the response by Moses Pava and the reply by the original authors, you need to do so.

Perhaps the TBL hyperbole has prevented us from formulating better ways of comparing the results of adherence to the three responsibilities. Measuring the 79 lagging indicators of the Global Reporting Initiative does not provide a single aggregate parameter that takes in all three responsibilities. Sustainability consultants have a wide variety of dashboards and other interpretative tools, but these also do not provide an aggregate measure as promised by the TBL.

The closest tool might be the ADRI (i.e., Approach, Deployment, Results and Improvement) method offered in the Australian Business Excellence Program.

Here's how it could work in place of the TBL: An organization would prepare a written approach to each of the three responsibilities using the criteria posited in the business excellence framework. Next, the company would present a detailed action plan for the deployment of the approach for a given fiscal year. At the start of the year, it would select the metrics that would be used to determine the results that would indicate how effectively the approach and deployment were working. Finally, the expected outcomes or improvement associated with the approach and deployment would be postulated and committed to paper.

The ADRI approach would be used for all three responsibilities -- environmental, social and economic/financial. Using a trained team of independent assessors, the ADRI can be scored using the methodology in the Australian Business Excellence Framework. Each of the three components would receive a score based on how the documented outcomes compare to the scoped activity. Since scores are unitless numbers, it would be possible to add the three scores and obtain a single measure of sustainability for the organization. It is also possible to score the lagging indicators (results) and add those scores to the final score.

There are approximately 70 business excellence frameworks used around the world, including the Baldrige Performance Excellence Framework here in the United States and the EFQM Excellence Framework in Europe. This independent, third-party scoring method has been around since 1987 -- much longer that GRI or other ESG measurement frameworks.

If you need to have the answer in dollars, maybe you could use a risk management standard like the ISO 31000 standard. Operational, regulatory and reputational risks can be expressed as financial values. Hmmmmm...

We just need to move this TBL concept aside so we can get on with a monitoring and measurement methodology that can serve the many stakeholders that want to know what the TBL cannot deliver. Perhaps there are still too many that are clutching to their TBL ideals. What do you think?

Robert B. Pojasek, Ph.D., is the sustainability practice leader at Capaccio Environmental Engineering and an internationally recognized expert on the topic of business sustainability and process improvement. 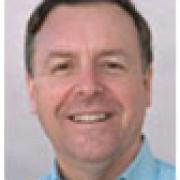 Why pollution prevention is free

How to Manage Responsibility Performance

Sustainability or Social Responsibility -- What's in a Name?

See all by Robert Pojasek