To decarbonize transportation, we need electric cars and carbon-free ‘e-fuels’

As we plan for a carbon neutral future, a major challenge emerges: transportation.

It’s estimated that one-third of global greenhouse gas emissions come from transport. This encompasses things such as ships, airplanes and heavy trucks, but a big part of the picture is passenger vehicles. The number on roads around the globe is ever growing — by 2040, the number of cars will double to 2 billion.

If you look at the goals of the European Green Deal — which strives to establish a carbon neutral economy by 2050 — as a model, the transport sector needs to cut its greenhouse gas emissions by 80 percent to 95 percent by 2050.

Adoption of electric cars and improvements in battery technology are encouraging. However, the fact is that electrification alone can’t get us to full decarbonization or net-zero emissions. We also need to look at making the fuels we use greener.

Why electrification won’t be enough

Electrification certainly will be part of the solution, especially if the electricity that powers transportation comes from renewable sources such as wind and solar plants.

But there are limits. The pace of electric vehicle adoption depends not only on consumers and businesses making the choice to switch but also the availability of materials for batteries and other components. The longevity of existing non-electric vehicles also means it will be decades before most cars and trucks on roads around the world are fully electric. A best-case scenario, for example, is that half of cars sold by 2030 would be fully electric.

Improvements in technology also have helped decrease emissions over the years by increasing efficacy of combustion engines. But there’s a limit to these improvements, a cap on innovation. By 2030, combustion engines basically will be as efficient as they’ll ever be.

The bottom line is that by 2050 almost 50 percent of passenger cars and 70 percent of heavy-duty trucks still will be partially powered by a combustion engine. The rate of replacement with fully electric vehicles simply isn’t fast enough.

The necessary C02 reduction for existing vehicles is not possible without low-carbon fuels, or "e-fuels." E-fuels are synthetic fuels resulting from the combination of "green" hydrogen produced by electrolysis of water with renewable energy and captured carbon dioxide (this can be from the air directly or as the byproduct of another process.)

KAUST has a partnership with F1 racing, which has afforded our scientists a chance to experiment with the most advanced and most efficient engines in the world, as the racing organization looks to go carbon-neutral in the next few years. We are learning about improvements that could be transferred to passenger cars down the line, including e-fuels tailor-made to specific engines that will maximize efficiency.

There are other ways to get to green fuels, such as biofuels, but e-fuels hold a tremendous amount of promise because of the growing proliferation of renewable energies. Renewable energy is a key to the entire process because it enables so many things to happen, such as the production of "green" hydrogen.

Hydrogen a lynchpin for green fuels

Of course, hydrogen itself can be a fuel for vehicles. But hydrogen fuel cells require an infrastructure that simply doesn’t exist yet and is even more underdeveloped than electric "refueling stations." Transportation of raw hydrogen is also a challenge. However, when hydrogen is converted into liquid fuels, it can be moved around using the existing infrastructure, another benefit to e-fuels.

That’s where hydrogen’s immediate promise lies. To make hydrogen today, you need a carbon fuel source. Most of it at the moment comes from natural gas, which isn’t sustainable in the long run. Truly "green" hydrogen is created with renewable energy, which is why regions with a lot of wind and solar resources, such as Saudi Arabia and the American Southwest, hold such promise. Costs for this technology are starting to drop, similar to what happened to solar over the last decade — making now the perfect time to invest in "green" hydrogen.

Decarbonization of transport is within reach

E-fuels also will help decarbonize other aspects of transportation. There’s no feasible way to electrify airplanes in the near future, for example, so the only way to make such travel greener is low-carbon fuels. E-fuels also will help reduce the carbon footprint of heavy trucking, which is difficult to fully electrify because of the size and storage capacity of the batteries needed for larger and more powerful engines. (In marine engines, hydrogen can be converted into ammonia, a carbon-free fuel, but ammonia itself is a difficult substance to handle and store, which limits its adoption.)

E-fuels are a great next step for decarbonizing transportation, and some near-future developments will refine the technologies even more. Mobile carbon capture, for use in applications such as heavy trucking, is in the very early stages of development right now but could be a game changer. The production of hydrogen right now requires fresh water, but if it could be done with salt water, production would be exponentially easier. Processes for removing CO2 from the atmosphere are in the nascent stage, and once developed they could provide the carbon for hydrogen e-fuel production as well as decarbonizing the atmosphere.

Transportation is a major contributor to greenhouse gases, and we have recognized the need for drastic change. But as adoption of electric cars is slow, and combustion engine technology has been made as efficient as it likely will get, we need additional solutions to meet global climate change targets. E-fuels can fill the gap and will continue to evolve in the future, getting us on the path to truly carbon-free transportation. 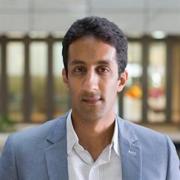 See all by Mani Sarathy