Technology aimed at halting climate change, such as by capturing carbon dioxide emissions, long has been frowned upon by investors as not being financially viable, but times are changing. Ten major oil and gas companies have formed the Oil and Gas Climate Initiative investing in climate technologies through a $1 billion investment vehicle. Similarly, a group of the world’s richest billionaires has formed a private equity fund, Breakthrough Ventures, to invest billions of dollars in this field. In addition, the U.S. Bipartisan Budget Act of 2018 expands and enhances the tax credit under section 45Q of the U.S. Internal Revenue Code for carbon oxide recapture. This could have an important impact on the continued development of these "negative emissions" technologies and their commercial return.

The Bipartisan Budget Act of 2018 enacted Feb. 9 includes a new expanded version of Internal Revenue Code Section 45Q. The new 45Q continues the old credit for carbon capture equipment placed in service before Feb. 9 ("old equipment"). It provides a credit of $20 per metric ton (reduced to $10 for various commercial uses and adjusted for inflation) of qualified carbon oxide captured by a taxpayer using old equipment and disposed of by the taxpayer in secure geological storage.

The new 45Q provides a credit of $20 per metric ton (reduced to $10 for various commercial uses and adjusted for inflation) of qualified carbon oxide that is captured.

For carbon equipment originally placed in service at a qualified facility on or after Feb. 9 ("new equipment"), new Section 45Q provides an increased credit per metric ton of qualified carbon oxide captured by the taxpayer and disposed of in secure geological storage. The credit applies during a 12-year period beginning on the date the new equipment is originally placed in service. The owner of a carbon capture equipment that captures and directly disposes in secure geological storage 1 million metric tons of carbon dioxide in tax year 2022 could, for example, claim a tax credit of $37.85 million in that year alone.

Another big improvement is that the credit for new equipment does not expire when the 75 million metric ton limit applicable to the old credit is reached. As a result, taxpayers considering investments in carbon capture equipment, as well as their investors and lenders, can better predict the credits the taxpayers will receive.

A facility owner that is unable to use the credit may be able to monetize the credit by admitting a tax equity investor into a partnership that will own the carbon capture equipment. Any such transaction would have to be carefully structured so that the partnership or tax equity investor is treated as the owner of the new equipment for federal income tax purposes. The party claiming the credit also would need to ensure the capture and disposal of the carbon oxide or its use as a tertiary injectant. The rules for the new credit also allow the owner of the new equipment to transfer the credit to the entity that disposes of the carbon oxide or uses it for permitted uses.

The rules for the new credit also allow the owner of the new equipment to transfer the credit to the entity that disposes of the carbon oxide or uses it for permitted uses.

The law itself and precedent involving other credits will give the private sector some room to establish creative models to optimize their tax structures. Most of Section 45Q is self-effecting and not dependent on Treasury guidance. However, businesses contemplating installing new equipment will need guidance on some matters, such as procedures for shifting the credit from the entities involved in capturing carbon oxide to the entities involved in disposal or use of carbon oxide.

Like the old Section 45Q, new Section 45Q also requires the Secretary of the Treasury to promulgate regulations that provide for recapture of a credit with respect to carbon oxide that ceases to be captured, disposed of or used as a tertiary injectant. The government is unlikely to provide guidance soon on matters under Section 45Q.

While the credit will reduce the tax liability of some companies that either capture or dispose of carbon oxide, its biggest benefit well may be its role in encouraging the development of technologies that contribute to the slowing of climate change. 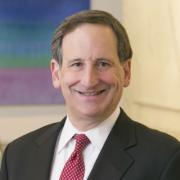 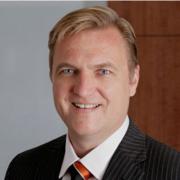 See all by George Schutzer