In defense of Milton Friedman

Fifty years ago this week, the New York Times published Milton Friedman’s article "The social responsibility of business is to increase its profits." Sustainability proponents love to hate this article. I suggest, instead, that it is a guide to sustainability thinking today.

Friedman’s words seem quaint and dated. He talks of "eleemosynary purpose" rather than impact investment; of community investments rather than shared value; of inflation, wage price controls and taxes rather than climate change and inequality. Nevertheless, his underlying logic remains valid:

"Social responsibility" (or sustainability) is first and foremost a corporate governance responsibility, not a management function. Corporate boards as representatives of owners have the right and responsibility to decide whether to pursue long-term business and societal value (as the board of Unilever did when it hired Paul Polman) or short-term returns (as 3G Capital did when, acting through Kraft Heinz, it attempted a hostile takeover of Unilever to extract short-term profits from Polman’s long-term investments). An excellent Harvard Business School case study, "Battle for the Soul of Capitalism: Unilever and the Kraft Heinz Takeover Bid," describes how Polman was able to resist Kraft Heinz’s takeover bid because he had the backing of Unilever’s board.

In the real world we live in, it will fall to corporate boards to take a greater role in ensuring social and environmental sustainability.

The 181 CEOs who signed the Business Roundtable Statement on the Purpose of the Corporation did so in their capacities as CEOs. As Joel Makower has pointed out, to the extent that they are motivated and measured primarily on short-term shareholder value, their public statements about stakeholder interests ring hollow at best. A similar statement signed by board chairs and tied to senior management compensation would have carried much greater weight.

There are encouraging signs of fundamental, structural change. In 2012, Lynn Stout convincingly argued that corporate boards can and should focus on stakeholder interests. Today, with the important exception of economically disadvantaged minority communities, stakeholders are shareholders.

We are all "universal owners" through increasingly passively managed investment funds. We care less about how an individual company performs than about whether our 401k’s and pensions will provide for our retirements in a growing, vibrant and sustainable economy. For this reason, fund managers such as BlackRock focus on the ESG performance of companies they invest in. In this context, Friedman’s point remains valid: Sustainability is a board-level governance responsibility to corporate shareholders/stakeholders.

Shared value and/or stakeholder involvement are useful but insufficient. Despite changes in capital markets, short-termism remains alive and well. Committed companies put in place exemplary programs that engage their value chains and customers in creating a more sustainable world. But there are not enough of them.

Porter and Kramer published "Creating Shared Value" in 2011. That same year, three distinguished Harvard Business School professors published "Capitalism at Risk." In an accompanying article in Harvard Business Review they argued, "If capitalism continues to operate as it has for the past 25 years (failing to account for sustainability as well as for other disruptors) for the next 25 years, we are in for a violent ride or, worse, a serious breakdown in the system itself."

This year, the same three authors published an updated edition of "Capitalism at Risk," noting little improvement in the disruptors of the capitalist system that they identified in nine years ago. This is the case despite a much greater focus today than nine years ago on corporate sustainability.

A recent working paper by members of the Program on Corporate Governance at Harvard Law School states, "We find that corporate leaders have used their bargaining power to obtain gains for shareholders, executives and directors. However, despite the risks that private equity acquisitions posed for stakeholders, corporate leaders made very little use of their power to negotiate for stakeholder protections."

The key problem is the existence of free riders, companies that capitalize on their competitors' commitments to sustainability. In the absence of well-enforced rules of the game, sustainability-focused companies will bear the brunt of solving the world’s sustainability problems. Free riders will benefit from their actions and look on with interest in exploiting their vulnerabilities.

Corporate responsibility should be a policy issue. Today, the U.S. government (once a beacon in designing regulatory and voluntary programs that set the rules within which companies compete) is busy dismantling regulations, at times with the support of some of the companies that signed Business Roundtable statement.

Friedman argues that the proper arena for setting societal goals is the political process. A corporate leader who is "presumably an expert in running his company — in producing a product or selling it or financing it" does not have the mandate or expertise to define social policy.

Here, reality clashes with theory. In the best of worlds, which we do not live in, honest, effective representative governments would set social policies. As Elinor Ostrom, winner of the 2006 Nobel Prize in Economics, points out in "Governing the Commons," governments are often corrupt or lacking in expertise. She argues instead for collective action among users of "common pool resources."

In the real world we live in, it will fall to corporate boards to take a greater role in ensuring social and environmental sustainability. In the absence of effective national and global standards, boards will need to move their companies beyond exhortations to voluntary initiatives to collective actions, possibly including self-regulation. As the authors of "Capitalism at Risk" point out, nothing less than the future market capitalism is at stake. 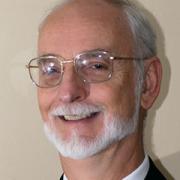 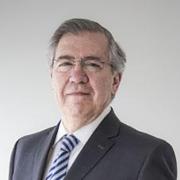 How to model an uncertain future

See all by Richard Wells