Delivering on the promise of meaningful, sustainable work

Excerpt from The Great Pivot: Creating Meaningful Work to Build a Sustainable Future by Justine Burt

One night in October 2017, as a fast-growing wildfire burned near Napa, California, Pete Gavitte and his first mate, paramedic Whitney Lowe, flew continuous helicopter flights to save as many people as they could. An 18-year veteran with the California Highway Patrol, Gavitte wore night vision goggles to find people fleeing the fires. At one point, he saw residents throwing their belongings into their cars, jumping in and heading down Atlas Peak Road, the only way out of the rural community. 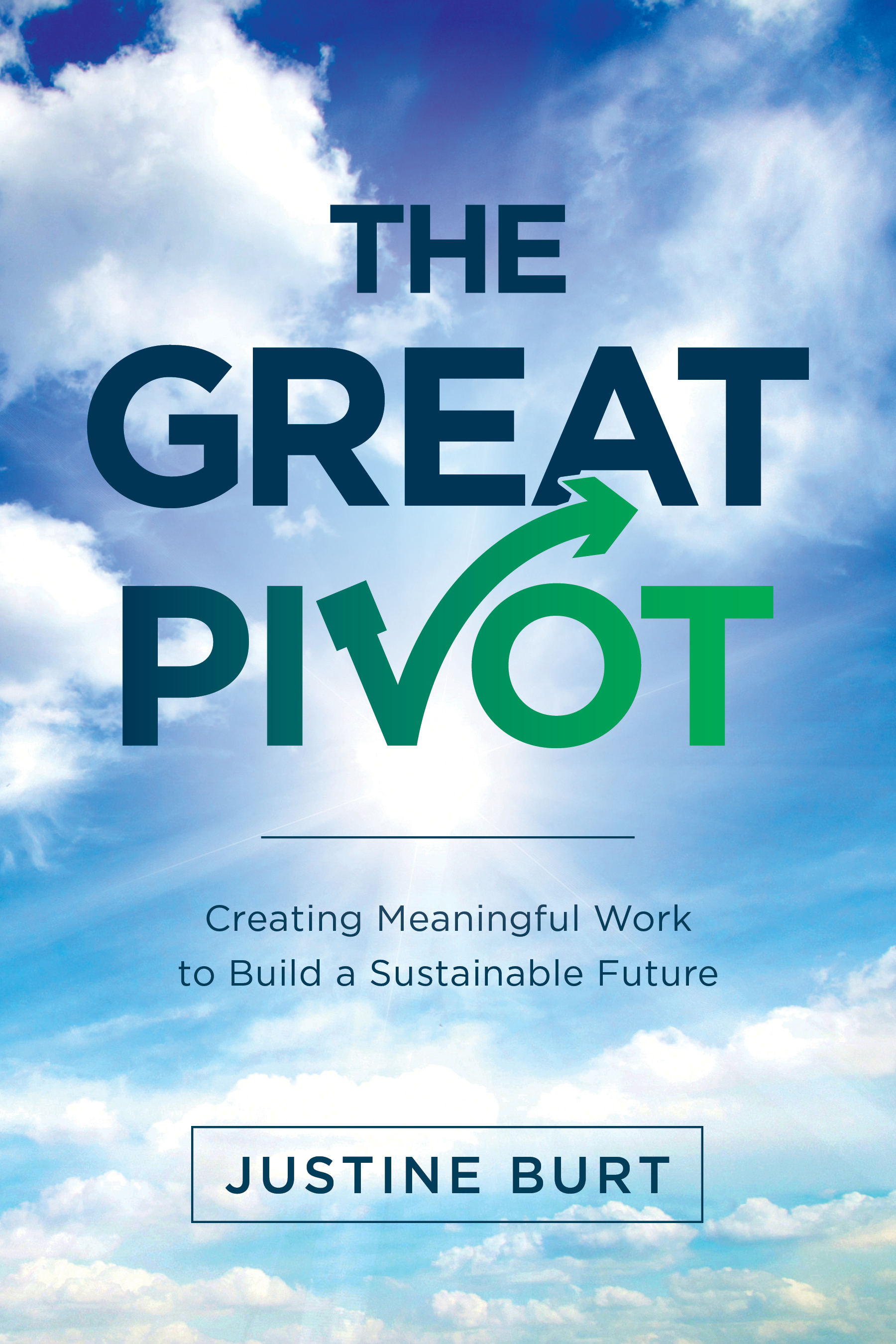 "We could see this huge, three-mile-and-growing line of fire coming toward all these folks that probably couldn’t see it," Gavitte said. He shined his searchlight on drivers to get their attention and prompt them to stop. Over the next seven hours, he and another team on a second helicopter flew in winds gusting up to 70 miles per hour, racing to extract people from the burning hills. Lowe said that, in a rush to get everyone out of harm’s way, the helicopters dropped people off and departed again in just 45 seconds. Among the later rescues was a group of six vineyard workers who spoke no English.

The helicopters made about 20 trips, which became slower and bumpier as conditions deteriorated. "I’d tell them, ‘Sit down, sit on the floor, it’s going to be bumpy,’" Gavitte said. There was little talk on board. Some took photos of the fire as they soared overhead. "I’ve never been shaken so much in a helicopter in six years of flying with the highway patrol," said Lowe. By the end of the night, the two helicopter crews saved 42 people, five dogs and a cat from the wildfire, which over the next few days would kill 21 people and destroy 3,500 homes and businesses.

Wildfires in California, which used to occur primarily in fall at the end of the dry season, now happen year-round. Throughout the country, increasingly severe natural disasters fueled by climate change are negatively impacting state budgets. States are looking to the federal government for financial help, but federal emergency response funding isn’t enough; cities and states need to upgrade their infrastructure to be able to bounce back from the shocks imposed by future natural disasters.

Over the past few decades, the destructive power of droughts and storms has increased. In October 1994, some areas of Houston received up to 29 inches of rain during Hurricane Rosa. The storm shut down the city, turning the highways into bathtubs. In an attempt to contain fires from broken pipes at oil refineries and chemical plants along the Houston Ship Channel, emergency responders called on the plants to shut down their pipelines.

At the time, that storm seemed devastating. In August 2017, Hurricane Harvey rainfall in Nederland, Texas, east of Houston, peaked at 60 inches.

Funding and program pivots to build a sustainable future

The main reason I wanted to write this book is that each time I finish teaching my 15-hour course, "Managing Sustainable Change in an Organization," at the University of California Berkeley Extension, a few students approach me and ask for advice about how to get into sustainability work. While thinking to myself, I wish there were more sustainability jobs, so everyone who wants one could have one, I proceed to tell them about the openings of which I am aware.

To accomplish this important transition and create these meaningful jobs, we first need to allocate funding. The search for such funding starts in some of the most well-funded areas of the public and private sectors. By reallocating just a fraction of this funding, we will ignite the creation of millions of meaningful jobs in the private, public and non-profit sectors.

Externality fees can be a key source of funding for meaningful jobs. A seal that becomes entangled in a fishing net is an example of a negative externality. Litter on the side of the road is another example. When fossil fuels are burned, they accumulate in the global atmosphere and cause climate change, which is a burden on victims of hurricanes and wildfires as well as the future generations who will be affected. These are all externalities where the victims did not ask to bear the costs imposed on them.

Externality fees can address these problems by accomplishing three things:

1. Cleaning up the problem caused by the negative behavior

2. Paying for green jobs to create a more sustainable alternative

Externality fees already exist. Ten states have deposit-refund systems for bottles and cans; these deposits deter littering and provide funds for equipment and systems to ensure bottle and can recycling. Some states and cities levy plastic bag fees. A 5-cent, 10-cent or 25-cent fee on a plastic bag at the grocery store encourages people to avoid taking a plastic bag and bring their own reusable bag. California has a Cap & Trade system that levies fees on large emitters of greenhouse gases; these fees go into a fund used for projects that will result in greenhouse gas reductions and improved environmental health.

5 things NASA and Walmart can learn from startups

See all by Justine Burt