The economics of renewable energy are quickly changing the math on power delivery, foreshadowing the next phase in the much-heralded "utility death spiral" debate.

Utilities as we know them today have a maximum of about 15 good years ahead of them.

That is if they don't shift their business models away from traditional fossil fuel sources before customer defections and stranded assets diminish revenues so much that they won't even have the funds needed to reverse course with investments in technologies and load shifts, according to two separate studies being released today.

Rapidly-falling solar prices, along with technological advances in battery storage, are converging to make solar-plus-battery-storage likely to be the most cost effective and popular electricity option within the next 10-15 years.

“The electricity system is at a metaphorical fork in the road,” writes the Rocky Mountain Institute (RMI) in its new report on 'The Economics of Load Defection,' which was produced with consultant HOMER Energy LLC.

The report marks a new chapter in the much-discussed possibility of a "utility death spiral" scenario, where sprawling power providers as we know them quickly lose market share and revenue to more disaggregated clean energy alternatives. At the same time, a new report by renewable energy provider SolarCity underscores increasingly favorable consumer attitudes toward a solar-powered future.

Based on a detailed economic analysis in which price elasticity and demand curves meet to favor solar and energy storage systems, RMI argues that utilities would be wise to invest in storage technologies and upgrading grids to accommodate customer shifts to solar — or otherwise expect to slowly become obsolete.

That dynamic is supported by two primary factors. First, prices for solar equipment are rapidly falling. At the same time, solar’s most glaring drawback — that the sun doesn’t always shine — is becoming a moot point as battery storage becomes a viable technology to store power generated by the sun or wind.

When combined, those variables have the potential to change the economic model for energy pricing: 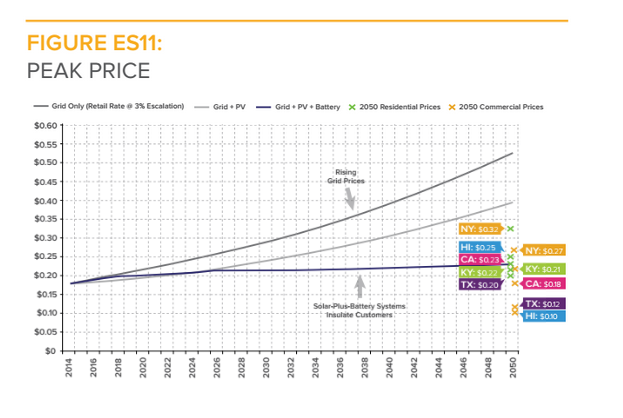 A separate study being released today by CleanEdge and SolarCity, whose chairman is founder of batterage storage innovator Tesla Motors, came to a similar conclusion about where consumer choice is headed.

The Silicon Valley clean tech company commissioned a survey of thousands of U.S. homeowners, which was conducted by the firm Zogby Analytics, on energy choices and plans for their homes. They found an overwhelming support for alternative energy, thanks in large part to the attitudes of younger respondents.

Although 72 percent of respondents were satisfied with their current electric utility, 60 percent said they would like to install solar panels on their rooftops. When asked to pick three energy sources that will be most important in the future, 50 percent picked solar and 42 percent chose wind power. Natural gas, at 33 percent, was the only carbon energy source to make it to the top three.

Like the RMI report, the Zogby survey found that economic imperatives are driving the shift to solar and other renewables. When asked to choose their two primary motives for buying clean energy products, 82 percent of respondents put saving money on the list, compared with 34 percent who chose concern for the environment.

“People say the environment matters, but when it comes down to actually pulling the trigger and making a decision, it needs to cost the same as or less than a conventional offering” said Ron Pernick, founder and managing director of CleanEdge.

How it will happen

In RMI's report on load defection, the authors forecast that, “as retail electricity prices from the grid increase and solar and battery costs decrease, customers logically reduce their grid purchases until the grid takes a backup-only role. Meanwhile, solar-plus-battery systems eventually provide the majority of customers’ electricity.”

Eventually, the authors predict, as utilities adjust load and technologies, customers will choose grid supplied solar-plus-battery-storage as that will be most economical —  assuming that utilities make the investments in storage technology and load to accommodate this shift.  That's because economies of scale allowed by the central grid and convenience to customers over operating their own systems will lead most to favor grid-operated systems, provided the price is right.

Electricity customers will choose “grid-connected solar-plus-battery systems. Since such systems would benefit from grid resources, they could be more optimally sized, thus making them smaller, less expensive, economic for more customers sooner.” 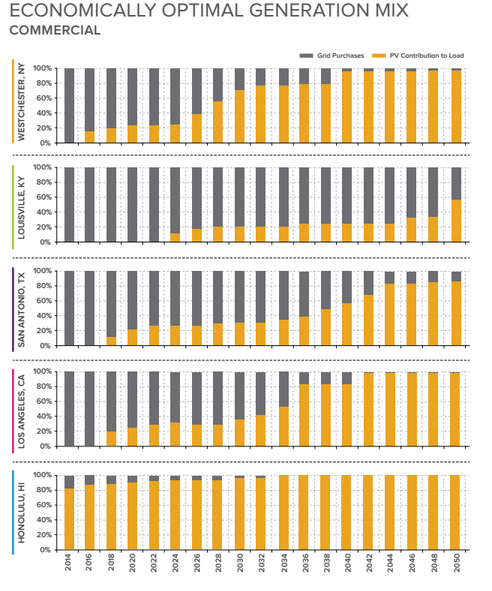 Investing to be prepared

The investment required of utilities to be prepared for this shift is significant.

“Between 2010 and 2030, the grid will require up to an estimated $2 trillion in investment, or about $100 billion per year," RMI found. "Currently, those costs are to be recovered through revenue from energy sales. If even a small fraction of the kWh sales supporting that investment and revenue is lost, it will likely have a large impact on system economics."

The doomsday scenario the report paints may overlook what some utilities are already doing.

In California, where the state has been promoting solar and where customers are starting to adopt, the state’s largest utility now has a large solar component to its energy load. Pacific Gas & Electric sources more than 25 percent of its electricity generation from a combination of solar and wind, and it has plans in the works to expand that. 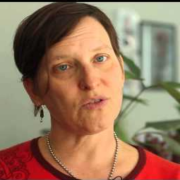