In the depths of the oceans, business as usual takes a toll

Imagine sinking into the deepest parts of the Central Pacific Ocean, somewhere between Mexico and Hawaii. Watch as the water turns from clear to blue to dark blue to black. And then continue on for 15,000 feet to the seafloor — roughly the distance from the peak of California’s Mount Whitney to the bottom of nearby Death Valley.

"As soon as you start to descend, all of the wave action and bouncing goes away and it’s like you’re just floating and then you sink really slowly and watch the light fade out through the windows and then you really are in another world," said Erik Cordes, a researcher at Temple University and frequent visitor to the deep ocean.

Finally, you come to a stop 12,000 feet below the last bits of light from the surface. The water here is strangely viscous yet remarkably transparent, and the light from your flashlight extends for hundreds of yards. You are in the heart of the Clarion-Clipperton Fracture Zone, a region of the ocean seafloor roughly the size of the United States, populated by colorless invertebrates adapted in astounding ways to the sparse, crushing conditions found here.

And all around you — as far as the eye can’t see — are small, spherical rocks. Varying from microscopic to the size of a volleyball (PDF), they look like something stolen from the set of "Gremlins" or maybe "Invasion of the Body Snatchers."

And they’re worth millions. Because inside these mysterious little eggs are untouched stores of copper, titanium, cobalt and especially manganese — crucial for making anything from the steel in your car’s frame to the circuitry that tells you how much gas is left in it. Some metals exist in larger quantities here than on all the continents of the world — and you had better believe they have caught the eye of mining companies.

It’s hard to draw a line exactly where the deep ocean starts. Starting about 650 feet, there’s not enough light to support photosynthesis, and around 3,000 feet there’s no light at all. From there to the deepest spot, at the bottom of the 36,000-foot-deep Mariana Trench between Japan and Papua New Guinea (deep enough to hold Mount Everest with New Hampshire’s Mount Washington stuck on top of it) is loosely defined as the "deep sea."

However it’s defined, the deep sea today is a place of change. Human activities already affect it — and are poised, as these mineral stores suggest, to radically affect it even more in the decades to come. Attention we pay and decisions we make now could make all the difference in its fate.

The mineral riches of this deep ocean are vast and nearly untouched. But that’s changing as new technologies allow humans to access ever-deeper parts of the seafloor.

Current mining strategies break down along two rough categories. First is nodule mining — gathering up those bizarre seafloor billiard balls that slowly have collected minerals over the centuries as they trickled down like rain from above or seeped up from below and congregated around some central particle like rock candy around a string. There is no industry standard for sweeping up nodules so far below the surface — about 13,000 to 20,000 feet — although companies have proposed ideas as varied as deepwater vacuum cleaners and massive trawlers dragging across the seafloor. One 1985 study (PDF) estimated 610 billion tons of nodules in the sea.

The second form of mining is targeted around sulfur vents and other types of seeps. These operations would be in shallower water — 4,000 to 12,000 feet — and look more like traditional mining operations scraping sulfur, phosphorus or precious metals from the sides of underwater ridges.

So far, all of these projects are theoretical. Most permits granted for deep-sea mining are for nodules, but the first ones to actually break ground are likely to be around ocean vents. Nautilus Minerals, a Canadian company working off the coast of Papua New Guinea, has begun implementing a project to mine gold and copper at a ridge about 5,000 feet below the surface and in April began receiving equipment.

Company executives have pointed out that they have passed environmental impact reviews and that their project is friendlier to the Earth (PDF) than other mining operations because the ore is so rich they can get more of it by disturbing less of the soil. But scientists point out that much remains unknown about what deep-water strip mining will do to the environment. In the case of ocean vents, some animals may live only in that spot, and a single mine could wipe out entire species. In addition, both styles of mining would kick up potentially toxic plumes of ultra-fine sand that could travel hundreds of miles through a part of the ocean that has remained undisturbed for thousands of years.

"They’re going into new environments with a lot of environmental impacts," said Lisa Levin, an expert in the deep sea at Scripps Institute of Oceanography. "We are going to lose stuff before we ever discover it."

Climate change and the deep ocean

Because life in the deep ocean is more sensitive to change than in the shallows, the smallest shift in pH, oxygen or temperature can have huge effects. Thus, one of the most serious concerns about the deep ocean is climate change.

According to Andrew Thurber, an assistant professor at Oregon State University, a quarter to a third of the CO2 humans have released has gone to the deep ocean. Some gets absorbed into the water itself or turns to particulate, thus lowering the pH and oxygen levels, and some is buried and turned to stone, where it effectively is neutralized and stored for millions of years.

Ironically, the deep ocean is one of the greatest mitigators of climate change as well, because it absorbs a massive portion of the Earth’s heat and CO2. In fact, one recent study showed that the ocean is absorbing phenomenally more heat now than ever before — about the same amount between 1997 and 2015 as it had in the previous 132 years. As a result, scientists already see incremental temperature rise in the deep sea. Although less than at the surface, changes down there tend to represent more permanent ocean shifts.

Then there is chemical pollution. While mining the deep sea might be new, polluting it is not. Recent studies have found toxic terrestrial chemicals such as PCBs and PBDEs in the tissues of animals living in the deepest places on Earth. In fact, where once scientists assumed the deep ocean was rather isolated from the surface, new studies have shown that the two are closely connected and that material can pass quickly into the depths.

The most spectacular example of this was the aftermath of the 2010 Deepwater Horizon oil spill on the Gulf of Mexico. It was assumed at the time that much of the millions of barrels of oil released by the faulty offshore drilling rig would float; they did not. It was assumed that the dispersant would neutralize the oil; in fact it was more toxic to deep sea corals than the oil itself.

"The probability of an accident goes up with depth," and thus the potential for harming ocean life, Cordes said of deep-sea operations. "The deeper you go, the more stable the environment is; the more stable it is, the less those organisms can deal with changes."

Cordes studies all sorts of pollution effects beyond the reach of sunlight. He and colleagues published pioneering research looking at the first evidence of acidification in the deep ocean in the Gulf of Mexico and off the coast of Norway.

He said it’s easy to think of the deep sea as some kind of wasteland, while in fact it’s brimming with life.

"People don’t realize that there are massive coral reefs all over the Gulf of Mexico, there’s corals right off shore in California, there’s corals up in New England," he said.

To overload this system or tinker with it at all is to play with fire.

"If we put something in the deep ocean, we pretty much can’t clean it up," Thurber said.

And we can’t depend on the animals down there to adapt and clean up after us as they often do at the surface. Cordes said microbes at the surface can double their numbers in 12 hours; in the deep ocean it takes half a year. Because the generation time is so much slower, Thurber said, it takes decades for carbon-munching deep water microbes to battle, say, higher methane levels than the days or weeks it would take critters at the surface. Thus, our decisions around greenhouse gas emissions at the surface have affected every ecosystem on Earth.

And it’s not just the microbes that grow slowly — fish in the deep ocean also take their time. As a result, fishing is another threat to the deep ocean. With most normal, surface fishing practices, it’s possible to manage a population such that what you take out is the same as what the population can replenish. But because fish found far from the surface grow slowly, some scientists have gone so far as to say that deep sea fishing is more analogous to mining than to fishing.

The classic case of this is the common slimehead. The slimehead is a delicious, bulky, dark red fish found from 590 to 4,920 feet below the surface in many of the world’s oceans. In the late 1970s, concerned that cod was on a permanent decline, seafood marketers in New Zealand began pushing slimehead under the more palatable name "orange roughy," because it turns orange after death.

Why this seemed a good idea is a mystery. Slimehead spawn only 4 percent of the number of eggs as cod (PDF) and take 20 to 30 years to reach maturity (PDF) (rather than about two for cod). Within a couple decades the Australian government started reducing allowable harvest and then closing fisheries altogether as they tried to figure out catch limits that wouldn’t decimate the creature.

Some scientists now say there is no such number. The New Zealand Ministry of Fisheries in 2009 estimated that a single 40-square-mile deep ocean fishery in the Pacific sustainably can produce only about 400 pounds of product per year. That’s about 57 adult slimehead. But that particular fishery produces 9,000 tons of slimehead per year.

A similar story is playing out in other slimehead fisheries across the world, as well as other deepwater creatures such as grenadiers, sharks and toothfish (otherwise known as Chilean seabass).

In many ways, the deep sea truly is a new world waiting to be explored. But in our rush to exploit that new world, unless we think carefully about the impacts, we may find ourselves harming it before we even understand it — with implications for ourselves.

"[The deep oceans] are supporting these fish that we are depending on for food, they’re helping to recycle nutrients that come back to shallow waters, fuel the productivity of the ocean, produce half of the oxygen we breathe," said Cordes. "We are directly connected to them." 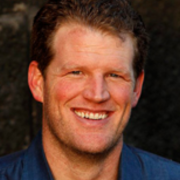 See all by Erik Vance