<p>One of the benefits of a sustainability perspective is it encourages looking for connections between spheres assumed to have little to do with each other.</p>

One of the benefits of a sustainability perspective is it encourages one to look for connections between spheres assumed to have little to do with each other. Therefore, by bringing together the two separate worlds of sustainable business and sustainable policy, Eban Goldstein’s recent GreenBiz article, "Sustainability policy careers: Changing the rules of the game" helps us begin to see new possibilities in an area that has tended to be neglected or devoid of creative thought. (A second recent article that did this was Anna Clark’s “What goes in the toolbox,” which describes three government programs that can be used as “starter kits” by those in business. Another useful take on it is David Levine’s “You are the policy leaders we have been waiting for.”)

Having worked in both areas, run a sustainability seminar series within government, written term papers and taught a graduate class on their connection — where I found little worthwhile sustainability readings to assign — I’m gratified to see these new efforts. It’s also satisfying to see students receive advice that most of us did not have access to at that point in our lives. While we can go even deeper in defining the relationship between these two areas, I can endorse much (but not all) of what Eban had to say.

Towards the main goal of providing guidance to students who are deciding between careers in the worlds of public policy and sustainable business, Eban reminds us about the need for both. He raises some excellent and rare points in mentioning the “overlap” in business and policy skill sets; the distinction between leadership and management; the value of the keywords “imagine” and “innovation”; and the possibility for a synergistic connection between the business and policy worlds.

Eban also offers some more conventional ideas I don’t agree with as much. I have rarely seen anyone in the government policy world seek to change the rules of the game, the way Eban describes their role (although I wish they would). Instead, they're often ducking their heads, hoping to stick it out until their pension kicks in, the results of years of a beat-down. At times, they may be able to move the needle a bit, and sometimes they do surprise you (two sustainable business initiatives I’m watching may conceivably do more than that). And, of course, excess caution is not limited to any one sector.

I see few people in government (or in sustainable business for that matter) who seem to know that we have to meet his "profound challenges [in] the coming decades." Those who do are told, or seem to get, that they shouldn’t even use this argument. The fear seems to be it may freeze into inaction those who might be responsive to tamer appeals, or scare off those to whom they answer.

On the sustainable business side, I see few real or self-identified change makers in the field, although perhaps a bit more in recent years.

I look forward to seeing a job ad someday that explicitly says: WANTED: SUSTAINABILITY CHANGE-MAKER, or seeing a letter-to-the-editor writer with that descriptor next to his or her name, showing the editor has allowed it. (When I’ve tried, I’m encouraged to substitute a more in-the-box term like “consultant.”) Finally, I think those in business need to do more than play the game, they also need to change the game, a role Eban limits to those in policy.

Over the years I've been converging to a view that the people we need in both government and business are more alike than different. This isn’t too surprising if you also foresee a green economy marketplace with graying, shifting boundaries between traditional sectors, and therefore some level of convergence in future roles. They both need the leadership and savvy Eban mentions, but I’d also add courage and multidisciplinary knowledge. The ability to take a punch can also be helpful.

To the degree these ideas are carried over into the curriculum, a learning culture is created, and job placement is more than comparing starting salaries, it’s a big benefit to the promising new Green MBA program at Bard, and what its interns and graduates will bring to the rest of us.

Now forewarned, perhaps these graduates will help overcome some of the limits on how each sector sees and performs its role, interacts with the other and uncovers those mysterious synergies enabling both sectors to better do the demanding jobs we’ll be asking from them. 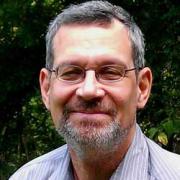