Dig for legitimacy: The case for good ESG in mining

Environmental and social governance (ESG) has, for a long time, been a woolly issue for the mining industry. Chiefly because there were no hard and fast rules on how to implement ESG policies, nor any penalties for failing to do so, many mining companies felt they legitimately could ignore ethics and sustainability.

But it seems that the balance is finally starting to tip in favor of "good" ESG. Perhaps most significantly, money is starting to talk.

Institutions are putting pressure on extractives companies to prove projects are sustainable, and customers are asking for evidence of ethical practices. And while the burden currently rests on larger companies to set an example, smaller miners across the supply chain are also starting to face sharper scrutiny of their ESG practices.

There is a growing expectation that the interests of communities that stand to be affected by mining are seen to be given fair weight. This means tailoring practices espoused in corporate values statements to the priorities of community stakeholders, rather than doggedly adhering to policies formulated in the boardroom.

Examples of blind policies include commitments to train local people to become mine workers when it may be more useful to teach portable skills — especially if the mine may not make it into production or risks being shut down — or building a health center, when there is a more urgent need for sanitation to reduce causes of disease.

The company’s geologists also go into local schools and colleges to educate young people about the project and the wider benefits of pursuing geology as a career.

But putting every corporate philosophy into practice is challenging, especially as emphasis has shifted to the actual outcomes of ESG policies rather than the length of environmental and social impact assessment (ESIA) reports.

One way of ensuring that decisions are made in the interests of all stakeholders is by handing the power to make those decisions over to external bodies. London-quoted Central Asia Metals (CAML), a copper, zinc and lead producer with operations in Kazakhstan and North Macedonia, has established a nonprofit, the Kounrad Foundation, named after the company’s copper project in central Kazakhstan.

Dedicated to supporting the community around Kounrad, the foundation is run by local representatives and allocates the funding it receives from CAML (0.25 percent of Kounrad revenues) to causes it believes will benefit the most.

Approaches such as CAML’s foundation have proved an effective route for companies to obtain the goodwill of host communities — the "social license to operate" — by giving local decision-makers responsibility for how financial rewards from projects are used.

One of the most noticeable trends in mining in the last 20 years has been the hardening of government ESG requirements into mandatory obligations, both in mining companies’ home countries and the jurisdictions where they operate.

In the United Kingdom, for example, the Bribery Act 2010 allows British law enforcement to prosecute officers of U.K.-based companies who commit relevant offenses in other jurisdictions, regardless of whether "facilitation payments" are considered an acceptable part of local business practice.

An example of mandatory ESG policy in action in a host state is the requirement in Nigeria for mining companies to negotiate and sign Community Development Agreements (CDAs), before commencing any development activity.

This obligation to secure a CDA is set out in Nigeria’s Minerals and Mining Act 2007, which states: "The Community Development Agreement shall contain undertakings with respect to the social and economic contributions that the project will make to the sustainability of [the host] community."

Environmental considerations, too, have become much more embedded in the mining industry’s culture than they were 20 years ago due to policy shifts and many companies’ increasing focuses on corporate social responsibility.

Governments of most countries where mining projects are located require detailed ESIAs before they grant environmental permits and NGOs are much more focused on environmental issues, prompting companies to be proactive about their environmental decisions.

To reduce its environmental impact, ASX-listed Infinity Lithium, which is developing the San Jose lithium project in Extremadura, western Spain, has opted to use more benign reagents than those typically employed in converting lithium metal into commercial chemical products.

The company plans to use sodium sulphate and potassium sulphate, a fertilizer, during the roasting phase of its conversion process, and water during the subsequent leaching phase, rather than sulphuric acid a far more environmentally deleterious reagent widely used by lithium producers. The potassium sulphate will then be almost 100 percent recycled, which limits its consumption substantially, according to Infinity.

Such decisions improve the environmental profile of San Jose, and the company hopes that such pre-emptive measures will stand it in good stead, as environmental regulations on industrial operations in Europe become increasingly strict.

Aside from environmental legislation, until fairly recently, there has been little rigor in the way non-mandatory codes are applied, and even less understanding about what to look for as evidence of good ESG.

There has also been criticism that different sets of international principles are disconnected and enforced by too many disparate organizations when they are not required by national law.

Bodies such as the United Nations Environment Program (UNEP) through its Principles for Sustainable Insurance (PSI) initiative and the World Gold Council through its Responsible Gold Mining Principles are lobbying for insurance providers to take responsibility for enforcing standards, by requiring clients to uphold ESG principles in order to receive cover.

Two decades ago, most mining companies assumed that ESG could be addressed after what they considered to be more pressing concerns, such as securing assets, exploration activity, financing and construction.

Today, ESG is becoming part of the regular workstream for some of the larger mining IPOs.

ESG also comes up in investor roadshows, where the focus can vary from cursory "checkbox" inquiries, to forensic interrogations.

When faced with ambiguous queries, mining companies should illustrate clearly what ESG risks they have identified and what they have done specifically to mitigate these.

While it is becoming accepted that good ESG reduces project risk, demonstrating its value as a financial metric continues to be difficult.

Some companies approach this by modeling the financial impact of closing a mine for an extended period following an accident, or during a blockade by unhappy communities.

It also has been suggested that ESG risk needs to be thought of in the same way as other technical risks. No mining company would operate without a health and safety manager, for example, but relatively few employ proper community engagement staff.

Points to remember when approaching ESG

While many mining companies still come in for criticism on ESG, it is not always the case that they are doing it badly; sometimes, they are just not reporting their activities in a way that satisfies external monitors.

Management teams need to ensure they generate the right sort of data to inform their reporting, especially as guidelines continue to be updated.

Management plans need to be iterative and flexible enough to adapt to changes in project technicalities or the priorities of the host community or government.

Governments can be both capricious and inflexible, but this is a risk mining companies need to accept.

Resource cycles can make it difficult to deliver on promises, but every effort needs to be made to maintain community relations, regardless of commodity price movements.

The mining sector currently lacks a level playing field when it comes to ESG. This should be an impetus for wider adoption of better practices, rather than a motive for rejecting ESG. 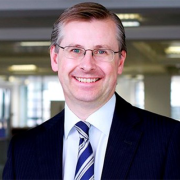 See all by Jonathan Brooks