Sept. 10 was the closest the sustainability world comes to an Oscars ceremony.

Jostling for a position in the Dow Jones Sustainability Indices (DJSI) has become an annual obsession for corporate responsibility and sustainability professionals, which came to a head when the new indices were released last week.

Competition is especially fierce when it comes to the list of industry group leaders, occupied this year by the likes of Unilever, Volkswagen and Abbott.

This summer, Corporate Citizenship decided to dig deeper into the world of sustainability rankings. In our biggest practitioner survey to date, hundreds of respondents from organizations across the globe shared their views on the most credible and valuable rankings.

The extent to which DJSI topped the survey was impressive, if not surprising. When asked, unprompted, to name the world’s leading sustainability ranking initiative, over two-thirds of practitioners picked DJSI.

On credibility, DJSI is top of the pack. Two-thirds of practitioners working within companies ranked DJSI first in terms of external credibility, and one-fifth put it second.

Since its launch in 1999, DJSI’s ground-breaking approach — focusing on the economic, environmental and social factors that directly affect companies’ long-term financial performance — has helped bring the emerging field of corporate sustainability to the attention of mainstream investors.

The best sustainability rankings are those that deliver concrete business benefits from participation. DJSI’s success is because it does just that.

Around three-quarters of practitioners with experience of taking part in DJSI said it adds “significant value” to their business. Respondents said that the DJSI assessment helps with everything from benchmarking best practice, setting targets and providing independent validation of policies to building the internal case for sustainability, understanding external expectations and engaging with investors, clients and other stakeholders.

The only initiative coming near to DJSI’s top position was the Carbon Disclosure Project (CDP) climate change questionnaire, which 61 percent of practitioners said adds significant value to their business.

Other investor-led initiatives, such as FTSE and MSCI’s ESG ratings, deserve honorable mentions, but these saw a lower level of consensus.

Although a few new entrants did appear in responses, such as Fortune’s recent “Change the World” ranking and the open “Responsible 100” platform, it’s clear that none is close to challenging DJSI’s dominance.

DJSI addresses a broad spectrum of sustainable business issues, requesting information that many companies do not disclose publicly. This makes for a lengthy questionnaire, which often requires input from dozens of colleagues.

“It’s becoming more effort than it’s worth,” complained one respondent — although many companies do find that the submission process gets easier with practice, especially as most questions remain the same from year to year.

With new sustainability rankings announced every year, each with their own methodology, it’s becoming harder for practitioners to prioritize their efforts.

“The problem is different yardsticks, which create confusion, not clarity,” one respondent told us.

If rankings and questionnaires do not add meaningful value for businesses, there is a danger that they will become perceived as “commercialized” or “greenwash,” others pointed out.

That’s why the Global Initiative for Sustainability Ratings (GISR) also received praise for its work to create a consistent set of principles for ratings excellence.

However you did in DJSI this year, it’s always worth asking yourself an important question: “What are we doing this for?”

For companies near the top of the rankings, it’s an opportunity to check up on competitors’ performance and to identify emerging issues. For those lower down, it’s a valuable tool for driving progress.

Take a step back, review your learnings and figure out how you will use them to become a leader in sustainable business. 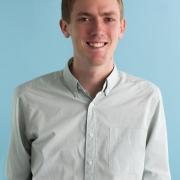 See all by Charlie Ashford