Do consumers reward companies for their climate leadership?

Most sustainability practitioners believe customers will reward a company for doing the right thing. We know it’s a complex story and that price, accessibility of product and perceived efficacy all affect shoppers’ choices. In general, however, we trust that customers will pick sustainable solutions if they are easy to find and price differences are negligible.

And there is evidence that consumers do prefer to buy sustainable products. NYU Stern’s landmark study found that 50 percent of CPG growth from 2013 to 2018 came from sustainability-marketed products. The study is based on what consumers actually bought — not what they said they would do.

Still, we were curious to explore if there was more to this story. Clearly, some customers reward companies by buying sustainable products, but did that hold true for more specific aspects of sustainability, such as climate change? If two products were equal and were equally priced, would a perception of climate action by the company make the difference?

If two products were equal and were equally priced, would a perception of climate action by the company make the difference?

These seemed like worthwhile questions so, pre-COVID (October–November), Valutus launched two separate types of surveys to find the answers. The first of these used Google Survey panels and totaled more than 2,200 respondents over several rounds of surveys.

Two products are equal, including their prices. One is made by a company that is a climate leader, while the other company is average on climate. Are you:

a) Almost sure to buy from the climate leader

b) More likely to buy from the climate leader

c) Equally likely to buy from either

d) Less likely to buy from the climate leader

e) Almost sure not to buy from climate leader

We assumed that some significant portion would say they were more likely to buy from the climate leader, and a good chunk from the average company, and that turned out to be right: 40 percent of consumers said they were either more likely or almost sure to choose the climate change leader’s product.

We also thought that very few people would be less likely to buy from the climate leader. But that was wrong. Incredibly, our survey found that about 20 percent said they would avoid buying the more sustainable company’s product — that it reduced their desire to buy it, despite it being equal, including in price.

Was that result real? To guard against it being a fluke, Valutus commissioned over a half-dozen surveys asking the same question, sometimes with minor variations to see if the results changed significantly. They didn’t. About a fifth of respondents continued to say they would punish the climate leader by eschewing their product. (We also asked the question without using the word "climate," asking instead about "environmental and social issues." When we did, slightly more people avoided the leader’s product.)

As an added check on the results, we then repeated the question using Survey Monkey, wondering if a different audience pool would make a difference.

While the results indeed differed — the number avoiding the climate leader’s product dropped to 8 percent — a lot of people still said they would avoid buying from the climate leader. Even this smaller number was more than most people had told us to expect beforehand.

This led to two key questions:

Question No. 1 probably needs further exploration but when we asked people why they chose the answer they did, the most common reason cited was their belief in climate change. In other words, people seemed to be taking their political beliefs to market.

We take "belief in climate change" as a proxy for political beliefs rather than being uncertain about the facts of climate science, as the products were equal by definition. Even if respondents weren’t sure whether the climate crisis is real, why would they avoid the leader if buying from them had no downsides and cost nothing extra? Opposition to climate action seems a more likely answer than scientific uncertainty.

On Question No. 2 — the variance between surveys — we considered several possibilities:

We think this last point — the difference in respondent pool intake methodology used by Google and Survey Monkey — is the most likely explanation for the disparity in results.

While the education, income, age and other demographics of the Survey Monkey audience looked like a representative cross-section of the U.S. general population (in some ways better than the Google audience), a group of people volunteering to fill out polls in order to support a charity may have different views from those being required to take a survey in order to access premium content.

We therefore hypothesize that the Survey Monkey results likely underestimate the percentage of U.S. citizens that say they would "punish" a company for leading in climate change. (It’s also possible that the true percentage is between the Google results and the Survey Monkey results, with the Google results overestimating it. But regardless of whether it’s 10 percent or 20 percent, it’s more than we — and others we talked to — had expected.)

What does all this mean?

For one thing, it means there is good news: About 40 percent of people say they will reward companies that lead in climate change by preferring their products.

But we are now aware that a chunk of people are actually against buying from climate leaders. A significant portion of people who are politically against climate action say they are taking their beliefs to the market. That is not good news, and we will need to come up with a strategy to address it.

Yet it does require thinking carefully about how you communicate, and to whom. As painful as it is, we know some people who oppose efforts to fight the climate crisis actually will shun you for exhibiting climate leadership.

That’s not how it should be. But, if that’s how it is, at least now we know. 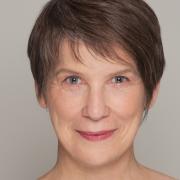 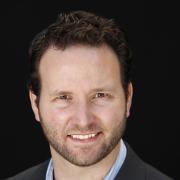 How to close consumers’ intention-action gap

What chocolate can teach us about changing consumer behavior

Insights from green banking: What keeps customers from switching banks?

Sustainable shopping is healthy, even amid a pandemic

See all by Diane Osgood