Hong Kong has green space and Nairobi’s population is expected to grow by 60 percent by 2030, but how do these things add up?

If you live in Frankfurt, you’ve got a reason to be cheerful. Germany’s fifth largest city was this week crowned number one in the ARCADIS Sustainable Cities Index.

The inaugural study ranks 50 cities from 31 countries based on their social, economic and environmental impacts (or "people, planet, profit," as the study likes to put it). Frankfurt—widely recognized as a major international financial and trade center not to mention a transport hub— was on top for economy as well as environment, thriving in areas such as waste management and reducing air pollution.

The city’s ranking might not come as a complete surprise. Frankfurt has a track record of proactively taking action to improve its sustainability, notes the report. 25 years ago, it created its own energy agency and pledged to reduce its CO2 emissions, managing a 15 percent reduction per capita since 1990 while increasing its economic power by 50 percent and office space by 80 percent.

But if Frankfurt’s top spot isn’t a shock, what about some of the other findings?

Cities are performing better for profit and planet in sustainability terms than they are for meeting the needs of their inhabitants.

The report suggests that more needs to be done when it comes to the issues that capture a city’s ‘quality of life,’ such as transport infrastructure, health, education, income inequality, work-life balance, the ratio and green spaces within cities. For example, many of the world’s economic powerhouses are becoming less affordable for their citizens, with the cost of property in New York, London, Paris, Tokyo and Hong Kong penalizing their rankings.

There is also a trade-off globally between strong education and poor work-life balance, particularly demonstrated in Hong Kong.

Rotterdam tops the people sub-index due to broad success including high literacy and a good work-life balance.

According to the report, cities in North America perform significantly better on profit factors as a result of strong performance on GDP per capita and the ease of doing business.

But while greater income allows some cities to improve their rankings, higher economic development does not guarantee greater sustainability. Every North American city in the Index sits in the bottom half of the rankings on carbon emissions, alongside cities in the Middle East.

3. Urban populations are only going one way

And that’s up. OK, it’s well documented that the urban population is set to climb significantly in coming decades, but the report highlights some of the trends. Cities in the Middle East, for example, have seen the highest real term population growth over the past five years, with Doha, Dubai and Abu Dhabi experiencing a rise of over 30 percent, putting a strain on city infrastructure.

Six cities in the analysis – Nairobi, Dubai, Abu Dhabi, Kuala Lumpur, Beijing and Delhi – are forecast to see population growth of more than 60 percent by 2030. This, says the report, will place tremendous stress on transport networks, water supply, waste collection systems, sewage systems and land values, unless these cities work hard to keep up with the influx of migrants.

Tokyo is expected to remain the world’s largest city in 2030, yet has the lowest rate of growth of any other listed in the rankings: One percent.

Population growth in developed cities is moderate compared to emerging world cities, which are experiencing rapid increases. Jakarta and Mumbai are growing relatively slowly in the short term from 2010 to 2015, but have among the highest projected expansions between today and 2030. This combined with rapid rural-to-urban migration will pose huge challenges for planners in these countries.

4. Asia is a land of highs and lows

Cities in Asia show the most divergence in the rankings. Seoul, Hong Kong and Singapore all make it into the top 10, while New Delhi, Wuhan, Mumbai, Manila and Jakarta sit towards the bottom.

Seoul is one of the stand-outs, taking second place in the sub-index for people factors, buoyed by its strong performing transport infrastructure. Hong Kong leads the way on university education and life expectancy, and offers its people the highest percentage of green space.

But the Index shows that high working hours (20 percent higher than the global average) and a consistently poor work-life balance hold many Asian cities back from performing stronger on its people factors. Asian cities do perform well in the profit sub-index, with many scoring highly on their importance to global networks.

Singapore and Hong Kong are the world’s best-performing for the ease of doing business.

5. There is no utopian city

No utopian city exists, claims the report. Rather, city leaders face a difficult task balancing the three pillars of sustainability.

John Batten, global cities director at ARCADIS said: “City leaders need to find ways to balance the demands of generating strong financial returns, being an attractive place for people to live and work in, whilst also limiting their damage to the environment. To truly understand how sustainable a city is, we must understand how it ranks in People, Planet and Profit. Only then can city leaders act to assess their priorities and the pathway to urban sustainability—for the good of all.”

The top 10 in the 2015 ARCADIS Sustainable Cities Index 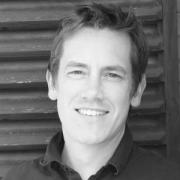