One mechanism to achieve this is through public-private partnership agreements, but this process is not without challenges. Another potential option is infrastructure asset recycling. The concept of asset recycling consists of two main components:

Australia is the global leader

One country that has explored the concept of asset recycling and widely implemented it is Australia. Australia’s Asset Recycling Initiative (ARI) is a scheme for the federal government to provide incentives to the state government to pursue asset recycling transactions. The ARI is a five-year program running from 2014 to 2019, and the designated funding has been allocated to specific proposals on a first-come, first-served basis (see Exhibit 1 below). As of May, 12 major public assets (see Exhibit 2) have been revealed under ARI across New South Wales, Victoria, the Northern Territory, South Australia and the Australian Capital Territory. Through the Asset Recycling Fund, $2.4 billion has been distributed, and this is expected to incentivize $17 billion in infrastructure investment in the coming years. Despite clear successes in certain states, the ARI didn’t fully use the available government allocation — and certain states didn’t participate at all. This lack of participation in places was the result of a few factors, but in Queensland, for example, some political parties pledged not to sell or lease public assets.

What are the lessons for others?

Australia’s experience has provided a number of valuable lessons for other governments and private investors to learn from. A recent report (PDF) from Marsh & McLennan’s Asia Pacific Risk Center states that a key takeaway from Australia’s experience is that asset recycling is not always a suitable solution to a country’s infrastructure needs.

Having enough public assets to potentially monetize is a key prerequisite for an asset recycling scheme, but equally important is the willingness of the general public to accept private investment and management of infrastructure.

Previous negative experiences with privatization in a country may cause lasting damage to public perception of asset recycling.

Previous negative experiences with privatization in a country may cause lasting damage to public perception of asset recycling.

Regular public-private engagement is required before launching an asset recycling scheme. From a governmental perspective, this dialogue is important to build and ensure strong public support, as well as provide comfort that there will be enough private-sector interest to generate a competitive bid.

A successful example of the benefits of stimulating a variety of competitive bids can be seen in the tender process to run Rio de Janeiro’s international airport, Galeão, in 2013. The winning consortium — a joint venture between Odebrecht engineering group and Changi Airport Group — offered $4.9 billion for the deal, nearly four times the minimum bid (in Brazilian reals) and 31 percent higher than the runner-up offer. For private investors, the value is in early sight of what assets will be included in any scheme and what the likely contractual clauses will be.

For foreign investors, national security concerns expressed by government officials and other stakeholders must be taken into consideration. This concern may be more apparent with the growing wave of populism moving across the world.

Transferring an asset from public to private ownership will generate significant risks for the new operator. The challenge for an investor is knowing when and how to undertake commercial risk transfer, when to push back to the government, and when to retain the risk. This will apply both in terms of operating the asset and in terms of working within a potentially shifting regulatory environment.

Challenges associated with privatizing a workforce should not be underestimated. It is likely that a review of organizational structure and executive team composition will be required, along with a broader review of the approach to rewarding the workforce and ensuring that the transition is as smooth as possible.

Part of the solution, though not a silver bullet

A responsible government should seek to maximize public value. Developing and maintaining infrastructure of an appropriate quality and quantity is one part of realizing this goal. Asset recycling can be a potential enabler, but a series of steps must be followed to evaluate the potential for an individual country.

Private investors in infrastructure are particularly attracted to brownfield assets; however, risks still need to be considered with an asset recycling scheme, and only some of these can be truly mitigated. Investors will look to governments to provide details on available assets and the likely terms that will be associated with any transactions. More important still is that they look to find countries with a track record of honoring such agreements, even as governments have switched from one party leadership to another.

Given the significant size of the global financing gap for infrastructure, all funding solutions must be considered. Asset recycling is certainly not a silver bullet that can erase the gap entirely, but there are clear situations in which it can benefit all stakeholders if the appropriate due diligence is undertaken. 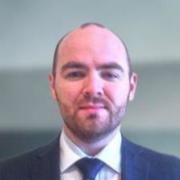 See all by Blair Chalmers