This story originally appeared in The Christian Science Monitor and is republished here as part of Covering Climate Now, a global journalistic collaboration to strengthen coverage of the climate story.

For more than a decade, Susan Jane Brown has been battling to stop a natural gas pipeline and export terminal from being built in the backcountry of Oregon. As an attorney at the nonprofit Western Environmental Law Center, she repeatedly has argued that the project’s environmental, social and health costs are too high.

All that was before this month’s deadly wildfires in Oregon shrouded the skies above her home office in Portland. "It puts a fine point on it. These fossil fuel projects are contributing to global climate change," she said.

Jordan Cove, the $10-billion liquefied natural gas (LNG) project that Brown is trying to stop, has yet to break ground. But environmental lawsuits and permitting delays aren’t the only barriers. A calamitous crash in natural gas prices and a glut of LNG capacity have cast doubts over its commercial viability and, more broadly, the easy promise of converting abundant U.S. gas into a global commodity and geopolitical tool.

"There’s too much oil. There’s too much gas. There's not enough demand," said Clark Williams-Derry at the liberal-leaning Institute for Energy Economics and Financial Analysis.

Still, even if projects such as Jordan Cove are shelved, several other LNG terminals on the Gulf Coast already have all their permits and are waiting to secure financing. Their expansion over the next five years would make the U.S. the world’s largest LNG producer, creating jobs at home and opening new markets in energy-hungry Asia.

For a future Biden administration, that’s a wrinkle in any serious climate plan. Once built, these LNG plants potentially would lock in decades of heat-trapping emissions already hurling the planet toward a hotter, less stable future. "Once you build the infrastructure it’s there, and it gets run on a different economic basis than if it’s not there," said Williams-Derry, who tracks the LNG industry.

Proponents say natural gas is cleaner than the coal that it replaces both in the U.S., where it produces around 40 percent of electricity, and in countries such as India and China. That makes it a "bridge fuel" to a fully renewable energy future that hasn’t yet arrived, said Fred Hutchison, president and CEO of LNG Allies, an industry group. "Gas can continue to be part of a low-carbon energy system globally," he said.

He predicts that LNG firms would be comfortable with a Joe Biden presidency. "He’s got a great affinity for working people and labor, and labor is very much on board with regards to LNG," he said.

It’s not going to save the climate if we’re just exporting our emissions overseas.

On the campaign trail, Biden has gotten heat over his support for hydraulic fracturing, or fracking, which left-leaning Democrats oppose but which is seen as important for winning Pennsylvania, a battleground state in November’s election. Far less attention has been paid to where the oil and gas goes, and whether support for LNG exports is compatible with Biden’s clean-energy agenda and plans for tackling climate change.

"It’s not going to save the climate if we’re just exporting our emissions overseas," said Collin Rees, a campaigner for Oil Change U.S., an environmental nonprofit.

If elected, Biden has vowed to stop new drilling for oil and gas on federal land and in federal waters and to rejoin the 2015 Paris climate accord that President Donald Trump gave notice of quitting. He would reinstate Obama-era regulations of greenhouse gas emissions, including methane, the largest component of natural gas.

The Biden climate platform also states that all federal infrastructure investments and federal permits would need to be assessed for their climate impacts. Analysts say such a test could impede future LNG plants and pipelines, although not those that already have federal approval.

Climate change activists who pushed for that language say much depends on who would have oversight of federal agencies that regulate the industry. Some are wary of Biden’s reliance on advice from Obama-era officials, including former Energy Secretary Ernest Moniz, now on the board of Southern Company, a utility, and a former Obama environmental aide, Heather Zichal, who has served on the board of Cheniere Energy, an LNG exporter.

In a letter sent earlier this month, Rees and other signatories urged Biden to ban "all fossil fuel executives, lobbyists, and representatives" from any future administration.

That Obama-era moderates are under fire over their climate bona fides is a measure of rising leftist clout in the Democratic coalition. It also reflects how the climate debate has shifted since Biden was in office as vice president, in response to extreme weather events and troubling scientific findings. This includes research into lifecycle emissions from natural gas production and methane leaks and flaring that muddies the argument that it’s a transition fuel to a carbon-free future.

"We’ve gotten more proof on the science that switching to gas is not enough," said Rees.

The push for U.S. fuel exports

As vice president, Biden was part of an administration that pushed hard for global climate action while also promoting U.S. oil and gas exports to its allies and trading partners. As fracking boomed, Obama ended a 40-year ban on crude oil exports. In Europe, LNG was touted both as an alternative to coal and as strategic competition with Russian pipelines.

That much, at least, continued with Trump. Under Energy Secretary Rick Perry, the agency referred to liquified U.S. hydrocarbons as "freedom gas."

Trump also has championed the interests of coal, oil and gas while denigrating the findings of government climate scientists. He rejected the Paris accord as unfair to the U.S. and detrimental to its economy, but has offered no alternative path to emissions cuts.

Still, Trump’s foreign policy has not always served the LNG industry: Tariffs on foreign steel drove up pipeline costs, and a trade war with China stayed the hand of Chinese LNG importers wary of reliance on U.S. suppliers.

Even his regulatory rollbacks could be a double-edged sword. By relaxing curbs last month on methane leaks, the U.S. has ceded ground to European regulators who are drafting emissions standards that LNG producers are watching closely. "That’s a precursor of fights that will be fought in all the rest of the developed world," said Hutchison.

Indeed, some oil-and-gas exporters had urged the Trump administration not to abandon the tougher rules, as they undercut their claim to offer a cleaner-burning way of producing heat and electricity. "U.S. LNG is not going to be able to compete in a world that’s focused on methane emissions and intensity," said Erin Blanton, a senior research scholar at the Center on Global Energy Policy at Columbia University.

Stepping on the gas

In July, the Department of Energy issued an export license to Jordan Cove’s developer, Canada’s Pembina Pipeline Corp. In a statement, Energy Secretary Dan Brouillette said the project would provide "reliable, affordable, and cleaner-burning natural gas to our allies around the world."

We can’t continue to pull fossil fuels out of the ground and put them in the air and expect to have a livable planet. It’s a nonstarter.

As a West Coast terminal, Jordan Cove offers a faster route to Asia where its capacity of 7.8 million tons of LNG a year could serve to heat more than 15 million homes. At its peak, its construction also would create 6,000 jobs, the company said, in a stagnant corner of Oregon.

But the project still lacks multiple local and state permits, and its biggest asset — a Pacific port — has become its biggest handicap, said Blanton. "They are putting infrastructure in a state where there’s no political support for the pipeline or the terminal, unlike in Louisiana or Texas," she said.

Brown, the environmental lawyer, said she wants to see Jordan Cove buried, not just mothballed until natural gas prices recover. But she knows that it’s only one among many LNG projects and that others likely will get built, even if Biden is elected in November, despite growing evidence of the harm caused by methane emissions.

"I don't see this country turning off the natural gas spigot anytime soon and I don’t see a President Biden doing that either," she said. But she does expect a decisive shift on climate policy that eventually could force a reckoning for the U.S. energy sector.

"We can’t continue to pull fossil fuels out of the ground and put them in the air and expect to have a livable planet. It’s a nonstarter," she said. 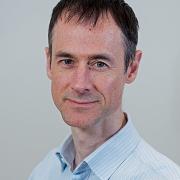 See all by Simon Montlake