Does Sustainability Mean Surviving Without Growing Your Business?

[Editor's Note: this is the first in a series of blog posts from MIT's Sloan Management Review's Sustainability Initiative, which is partnering with The Boston Consulting Group to identify the sustainability challenges that will have the greatest effect on managerial decision making, and determine which challenges pose the biggest threats and opportunities.

GreenBiz.com will be regularly featuring these interview excerpts on our site (all interviews are online at http://greenbiz.com/mitsloan), and will be updating this page often with new interviews from MIT's world-leading faculty on the most important issues of our time. The Sloan Management Review also sends its Sustainability Collection to newsletter subscribers: You can sign up for that list at the Sloan Management Review website.]

Jay Forrester famously invented random-access magnetic core memory, or what we know as RAM. Forrester, now 90 and a professor emeritus of the MIT Sloan School of Management, also originated system dynamics, which deals with how a system's structure and information flow determine behavior. The field focuses on the way internal feedback-loop relationships cause systems to change over time. Understanding why a system behaves the way it does lets people redesign structures and policies to improve behavior. By the late 1960s, Forrester had expanded system dynamics modeling to address the problems of cities and then later world civilizations. Forester took the time to speak with us about the intersection of sustainability and management

Q. Do you think the rising attention to sustainability is presenting opportunities for company builders?

A. The opportunities that grow out of what is now going on in the name of sustainability are not particularly noteworthy.

Q. Which opportunities are you thinking of?

A. Well, there will be new businesses in wind power. There will be new businesses in trying to move away from fossil fuels. How fast those new businesses come along will depend on the course run by the present economic circumstances. The worst circumstances -- depressions like in the 1930s -- are the windows of opportunity for technological change and would be an ideal time to shift from oil to other things. It takes pressures to do that, and if the old technologies have gone as far as they can, then it's in the great economic downturns that the new things that have been talked about for a long time can begin to spring up. So it will be interesting to see whether 15 years from now we will recognize that the present economic crisis in fact was a motivator for moving forward in other areas.

Q. What are some of the noteworthy opportunities?

A. I think they're the opportunities to begin to operate at the no-growth, no-population rise, no increase-in-industrialization areas -- but those are more noteworthy intellectually than in the ways I think you mean. They aren't probably the sort of thing that represents great economic return to the stock-holders, if you are meaning that kind of noteworthy.

A. I think it is. But either way, it may be the way that businesses will be most affected. I think one of the biggest management problems is going to be to understand how to manage a successful non-growing company -- and how to get out of the frame of mind that success is measured only by growth.

Q. Because we think growth is required if a company is to stay viable?

A. It's very common to say, "If you stagnate, if you don't grow, you will fail." Well, that's possible if you don't maintain a system with proper management policies. You've still got to have some way to maintain vitality, to maintain some product progress, but to do it within a fixed demand on the environment. I don't think I've heard of that being taught in management schools.

Q. What keeps managers and leaders from addressing that challenge?

Q. Will any of those convictions get questioned as the economy falters? Maybe managing a no-growth company viably will become attractive.

A. I think you're right that it's more likely those questions will be asked now than they were 20 years ago, but I think that survival in the present downturn is very different from sustainability in the long run. Survival in the long run requires a long-run set of [management and strategic practices]. You've got to train people for it. You have to have an internal structure that produces rotation, [flows of people and resources into and out of the organization], without too high an overhead.

Q. So you don't think the new awareness of sustainability plus the changing economic pressures will offer companies a chance to make internal cultural changes? To operate in fresh ways without undermining their appeal to shareholders or their existence?

This article is adapted from "The Loop You Can't Get Out Of" by Michael S. Hopkins, which appeared in the Winter 2009 issue of MIT Sloan Management Review. The complete article is available at http://sloanreview.mit.edu/the-magazine/articles/2009/winter/50201/the-loop-you-cant-get-out-of.

Jay Forrester is a professor emeritus at MIT's Sloan School of Management, and is the inventor of both Random Access Memory (RAM) in computer systems as well as "system dynamics," the use of computer simulations to analyze social systems and predict the implications of different models. 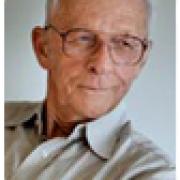 See all by Jay Forrester