This year, many will opine endlessly and deliriously about the success of environmentalism in changing business. There will be so-called "game-changing think pieces" about "innovative disruption" and many other sometimes-suspect hallmarks of the sustainability movement. There will be conferences, rankings, social media campaigns and Harvard Business Review case studies of how business is changing the world.

Ninety-five percent of them will be insufferable nonsense, eagerly lapped up by the wide-eyed rabbits that progressively have colonized the green movement in recent years.

Personally, in 2014 I'm only interested in things that are demonstrably making a difference. I'll be looking for more companies and governments committing to zero-deforestation, preferably with the Forest Trust (TFT) or other comparable bodies, if there are any, that actually lead companies to turning off bulldozers and protecting biodiversity. I'll be looking for oil companies abandoning, for good, Arctic exploration (I have a possibly naïve hope that Shell will do this, under shareholder pressure). I want companies to commit to never buying fuel that comes from this pristine eco-system. We need more commitments of the kind most recently made by Wilmar, the palm oil giant.

And we need bold leadership from CEOs who, in the absence of political will and NGO unity, must become campaigners themselves, like it or not. Some (including Virgin's Richard Branson, Unilver's Paul Polman and Sainsbury's Justin King) already are. 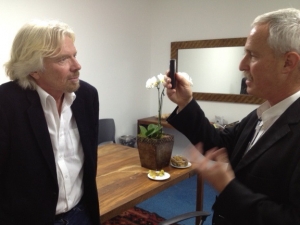 I'd like to see a clear environmental analysis of fracking, a robust assessment of how much of the world's only source of renewable protein (fish) might be saved by marine reserves, and progress on global climate talks (I'm not holding my breath). I hope to see smarter economic analysis, properly communicated, of the transition from our dead carbon economic cul-de-sac (fossil fuel) to the potential for a living carbon, cellulose-based global economy — not in slogans or hyperbole, but in facts based on evidence. I hope to see Greenpeace, a truly effective global campaigning NGO, claim more scalps and an even greater share of NGO media coverage. I'm sure they will. They are brave, bold and usually right. We need more of this.

What to ignore in the new year

What I'm ignoring completely next year are companies boasting accolades such as "GRI 4 compliance." Recently, Caesars Entertainment achieved this endorsement. At the same time, however, Nobu, which operates a restaurant inside Caesars Palace, serves endangered Bluefin tuna (an IUCN red-listed species). Nobu even informs customers that what they are eating soon will be gone — it's written on the menu.

I'll be turning a blind eye to all claims about "consumer behavior change," unless backed by hard evidence of that concept beloved by green academics but rarely, if ever, practiced. And there's no point in being a "green" business if you are unable to remain profitable or popular with your customers.

I'm also not interested in more companies or producers getting "certified," especially if that certification is without real merit. It's obvious to any vaguely independent observer that certification of the world's natural resources is at best rewarding the "just about OK" while ignoring the majority of the world's resource production, which continues to exploit and denude at will, fueled by market demand.

Eco-labels and certified produce are mostly about placing a stamp of approval on the small proportion of the world's trading economy that was, for various reasons, already operating vaguely as it should. Sometimes it even rewards stuff that shouldn't be given any green or social accolade. It's not changing anything on the scale that's needed. Look at the world's forests, fisheries and agricultural production. Labels are everywhere (around 30 between them, I think), yet the fate of all three are worsening by the hour.

The importance of measurable action

Whether we work in business, NGOs, government or elsewhere, 2014 and beyond are about demonstrable, measurable action. We've been talking for decades, but we haven't achieved nearly enough. It's time to stop kidding ourselves and to focus on the battles we can still win, before it's too late.

Now is the moment for fresh thinking, a quickie divorce from NGO/sustainability world comfort zones and a permanent abandonment of clichéd mantras based on little practical understanding of the world's real challenges. Most of all, we need to take the big issues one at a time and fix them. We need to stop shielding under the umbrella of cozy concepts, frameworks and slogans. We need to actually get out there and argue for change and progress, issue by issue.

That's what I'll be doing in 2014. So I won't see you on the CSR conference circuit or even very much on my blog. I'll either be near an ocean, forest or in a boardroom. I hope to see you there. 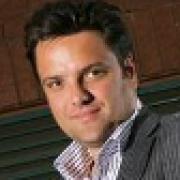