Billionaires made some eye-popping donations in 2018.

Amazon founder Jeff Bezos announced plans to spend $2 billion to help the homeless and create a network of free preschools. Media mogul and former New York City Mayor Michael Bloomberg pledged $1.8 billion to Johns Hopkins University, his alma mater. Those were just the biggest of the nearly 800 donations of $1 million or more from very rich people over the course of the year, the Chronicle of Philanthropy reports.

While it might seem ungrateful for the rest of us to do anything but cheer about boatloads of money being given away, there are legitimate reasons for concern, as  journalist Anand Giridharadas raises in his provocative new book, "Winners Take All." In particular, he makes a compelling argument against the increasingly dominant way of thinking about philanthropy that emphasizes the impacts that givers expect from their donations.

When the winners take all

Learning whether their giving achieves the results they want is front and center for charities and their funders, as many scholars of philanthropy, including me, have found. Many of the largest givers increasingly report results information on their websites and share what they’ve learned (PDF).

But perhaps all the focusing on data misses a larger point. Giridharadas questions whether these well-intentioned donors have diagnosed the problems correctly. If what he calls "solutions peddling" is focused on the wrong thing, he suggests, the results they seek inevitably will fail to address the most pressing issues of our times.

Many of the largest givers are increasingly reporting results information on their websites and sharing what they’ve learned. But perhaps all the focusing on data misses a larger point.

The book Giridharadas wrote about the limits of modern philanthropy grew from a controversial talk he made in 2015.

Giridharadas contends that the wealthy philanthropists and other prominent social change leaders co-exist in a parallel universe he calls "MarketWorld," where the best solutions to society’s problems require the same knowhow used in corporate boardrooms. That is because MarketWorld, as he sees it, ignores the underlying causes for problems such as poverty and hunger.

Its virtual inhabitants do this, he argues, because inequality causes many of these issues. And taking on inequality directly threatens the status and power of elite donors.

"Winners Take All" is one of several recently published books raising difficult questions about how the world’s biggest donors approach their giving. As someone who studies, teaches and believes in philanthropy, I believe these writers have started an important debate that potentially could lead future donors to make a bigger difference with their giving.

Giridharadas to a degree echoes Ford Foundation President Darren Walker, who has made a stir by denouncing a "paradox of privilege" that "shields (wealthy people) from fully experiencing or acknowledging inequality, even while giving us more power to do something about it."

Like Walker, Giridharadas finds it hard to shake the words of Martin Luther King Jr., who spoke of "the circumstances of economic injustice which make philanthropy necessary."

To avoid changes that might endanger their privileges, mega-donors typically seek what they call win-win solutions. But however impressive the quantifiable results of those efforts may seem, according to this argument, those outcomes always will fall short. Fixes that don’t threaten the powers that be leave underlying issues intact.

In Giridharadas’s view, efforts by big funders, such as The Bill and Melinda Gates Foundation and the Walton Family Foundation, to strengthen public K-12 education systems by funding charter schools look past the primary reason why not all students learn at the same pace: inequality.

As long as school systems are funded locally, based on property values, students in wealthy communities will have advantages over those residing in poorer ones. However, creating a more equal system to pay for schools would take tax dollars and advantages away from the rich. The wealthy would lose, and the disadvantaged would win.

It’s possible to see the nearly $500 million billionaires and other rich people have pumped into charter schools and other education reform efforts as a way to dodge this problem.

So it’s possible to see the nearly $500 million billionaires and other rich people have pumped into charter schools and other education reform efforts over the past dozen years as a way to dodge this problem.

Charters surely have made a difference for some kids, such as those in rural Oregon whose schools otherwise might have closed. But because the bid to expand charters doesn’t address childhood poverty or challenge the status quo — aside from diluting the power of teacher unions and raising the stakes in school board elections — this approach seems unlikely to help all schoolchildren.

Indeed, years into the quest to fix this problem without overhauling school funding systems, most public schools in poor communities have less money than those in wealthier ones.

He aims to make a Johns Hopkins education more accessible for promising low-income students. When so many Hopkins alumni have enjoyed success in a wide range of careers, what can be wrong with that?

Well, paying tuition challenges millions of Americans, not just the thousands who might attend Hopkins. Tuition, fees, room and board at the top-ranked school cost about $65,000 a year.

Only 5 percent of colleges and universities were affordable, according to the Institute for Higher Education Policy, a nonpartisan global research and policy center, for students from families earning $69,000 a year or less.

Like Giridharadas, the institute argues paying for college is "largely a problem of inequity."

Bloomberg’s gift does nothing about the bigger challenge of making college more affordable for all in a country where student debt has surpassed $1.5 trillion.

Bloomberg’s gift certainly will help some people earn a Hopkins degree. But it does nothing about the bigger challenge of making college more affordable for all in a country where student debt has surpassed $1.5 trillion.

One alternative would be to finance advocacy for legislative remedies to address affordability and inequity. For affluent donors, Giridharadas argues, this could prove to be a nonstarter. Like most of what he calls "win-lose solutions," taking that route would lead to higher taxes for the wealthy.

Subsidies for gifts from the rich

Similarly, who could quibble with Bezos spending $2 billion to fund preschools and homeless shelters? Although he has not yet made clear what results he’s after, I have no doubt they will make a difference for countless Americans.

No matter how he goes about it, the gesture still raises questions. As Stanford University philanthropy scholar Rob Reich explains in his new book "Just Giving," the tax break rich Americans get when they make charitable contributions subsidizes their favorite causes.

Or, to phrase it another way, the federal government gives initiatives supported by Bezos and other wealthy donors like him preferential treatment. Does that make sense in a democracy? Reich says that it doesn’t.

The elected representatives in democracies should decide how best to solve problems with tax dollars, not billionaires who are taken with one cause or another, the Stanford professor asserts.

That’s why I think it’s so important to ask the critical questions that Giridharadas and Reich raise, and why the students taking my philanthropy classes this semester will be reading "Winners Take All" and "Just Giving." 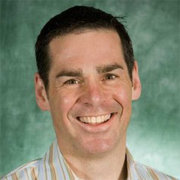 See all by David Campbell