California is known for many things — surf, sun, cinema — but water sustainability doesn't likely crack the top 100. Yet the state is leading the way in a trend that's picking up around the world: municipal wastewater being treated, disinfected and reused near its source for a variety of purposes, from wetlands restoration to irrigation — and, yes, drinking.

Water recycling, also known as reuse or reclamation, is not new; nonpotable (not for drinking) water recycling systems have been in place for decades. In arid states, including Texas and Nevada, and rainy states, such as Florida and Virginia, municipal wastewater is collected and treated to an extent that doesn't meet drinking water standards, but is approved for certain uses that don't involve human contact, such as agriculture, landscaping and golf course irrigation.

The more notable change, however, is that a growing number of municipalities are shifting toward or considering "potable reuse" — recycling wastewater into drinking water.

In the 1990s, California's Orange County faced serious water-related pressures: increasing seawater intrusion, the potential need to build a second ocean outfall to discharge wastewater to the ocean, and a recent drought with water experts predicting greater frequency of drought in the future — all while expecting increased demand due to population growth. It decided to turn to potable reuse as a solution. In 2008, Orange County started operating its now-celebrated Groundwater Replenishment System [PDF] , which injects treated wastewater into the water supply of nearly 600,000 residents. The project, said Orange County Water District president Shawn Dewane, is "taking water reuse to the next level. Instead of pouring it on the ground, in terms of landscape irrigation, [we are] turning it into drinking water." 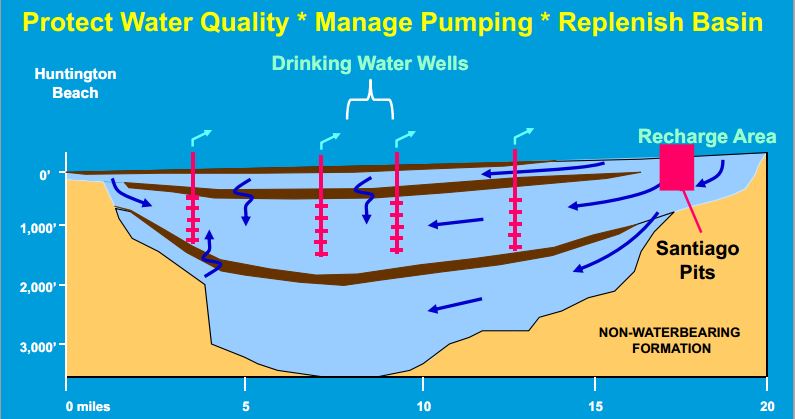 With a capacity of 70 million gallons per day, the Orange County system is the world's largest for water purification and potable reuse. And it's on track to reach 100 million gallons per day by 2015. Primarily because of its scale — and the fact that the problems Orange County faced in the 1990s have spread well beyond California — the system has attracted interest both nationally and internationally. Dewane said he's recently hosted officials from Japan and the United Arab Emirates, and his team also has been working with England and even Singapore, which already has a potable reuse system supplying about 30 percent of its drinking water. (Reuse is also already established and growing in Australia and some European countries.)

The Orange County system, like most potable reuse projects today, practices "indirect" reuse, which means there's an environmental buffer — a groundwater basin, say, or a reservoir — between the wastewater process and the municipal water supply intake. In direct potable reuse, there's no environmental buffer; water is treated and sent directly back to the municipal water supply. It's something that more, primarily arid, places are starting to consider as a way to make the most of their increasingly scarce water resources.

Experts say reuse technologies have been proven, and treatment plants can get wastewater as clean as distilled water. The three-step process used in Orange County — microfiltration, reverse osmosis and a combination of ultraviolet treatment with hydrogen peroxide — is becoming the standard for potable reuse. "That's state of the art right now," said Wade Miller, executive director of the WateReuse Association.

Direct potable reuse is already practiced, largely as an answer to increasing drought, in Big Spring, Texas, and in the southern African nation of Namibia, which boasts the world's first major direct potable reuse system. Cloudcroft, N.M., expects to have a new direct potable reuse system up and running by next summer, and projects the system will provide 40,000 of the approximately 70,000 gallons used daily by the town. Brownwood, Texas, has plans to start direct potable reuse — it's just waiting for city council approval — and San Diego is considering it as an alternative to scaling its existing million-gallon-a-day indirect reuse project to 15 million gallons.

A variety of benefits

Miller estimates that seven out of every 100 gallons of U.S. wastewater gets recycled near its source, and said that number is growing about 5 percent annually. Water reuse is regulated at the state level — although the EPA has issued guidelines for reuse approximately every decade since 1980 — and more than half the states have some kind of regulation in place.

Aside from serving as a way for cities to supplement their increasingly stressed water sources, reuse can provide a variety of benefits. In the Pacific Northwest, reuse is growing because of decade-old temperature restrictions imposed by state agencies on wastewater treatment plant discharges to rivers. 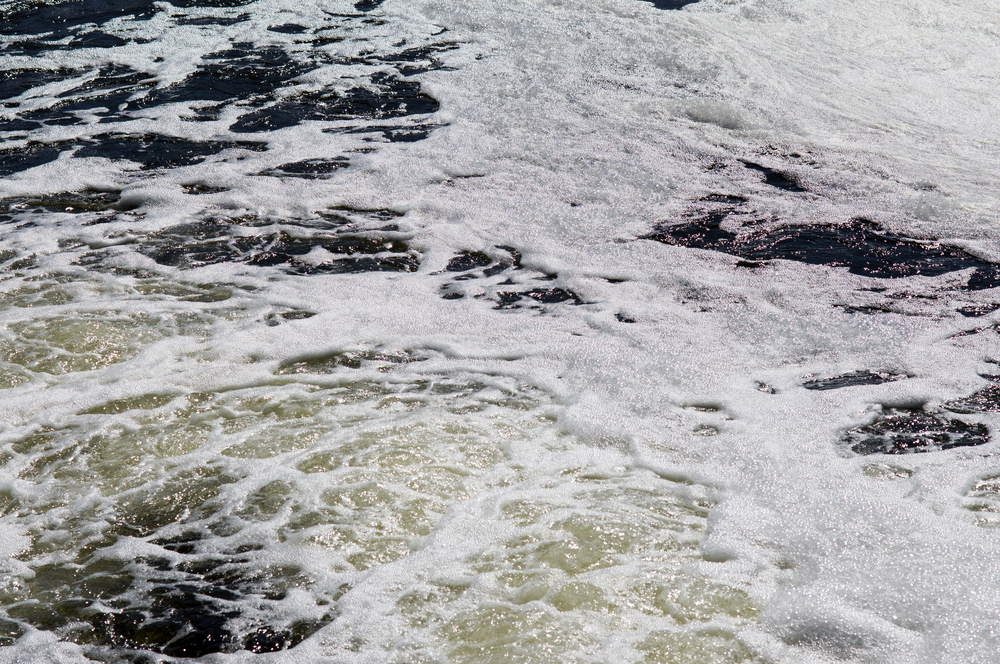 "Let's call it the kick-start of more reuse in Oregon and in Washington," said Mark Cullington, biosolids and recycled water committee chair for the Oregon Association of Clean Water Agencies. "Effluent is warmer than rivers, so what folks are doing is they're looking to treat the effluent to a standard that allows it to be used on the land — anything from crop irrigation to using it for flushing toilets or other commercial and industrial practices," he said.

Water reuse can reduce the amount of freshwater diverted from sensitive ecosystems, as well as the amount of wastewater — and the pollution it carries — discharged to waterways. In the case of nonpotable reuse, it means avoiding the use of precious potable water where that level of quality is not required. Because of nutrients retained in water when it is not treated to drinking water standards, irrigating with recycled water can reduce chemical fertilizer use.

And, while wastewater reuse is energy intensive, it often yields an energy savings because pumping imported water (from outside sources) consumes so much energy itself.

"We literally move water over a mountain range to get it here from Northern California," said Shivaji Deshmukh, assistant general manager for the West Basin Municipal Water District, which runs a groundwater recharge system that supplies southwestern Los Angeles County. "While we'll always need that supply, it does take a lot of energy to do that." Reusing water locally takes less. In Orange County, recycling water for the groundwater replenishment system takes half the energy of importing water.

Water reuse, however, is not automatically right for every circumstance. "There are a lot of places where the wastewater would have otherwise been important in returning to, say, a river or stream. By recycling water," said Brian Richter, freshwater conservation program director at The Nature Conservancy, "you're interrupting that return of the water to the natural environment. … It can be a really, really good option, but you have to understand the context." 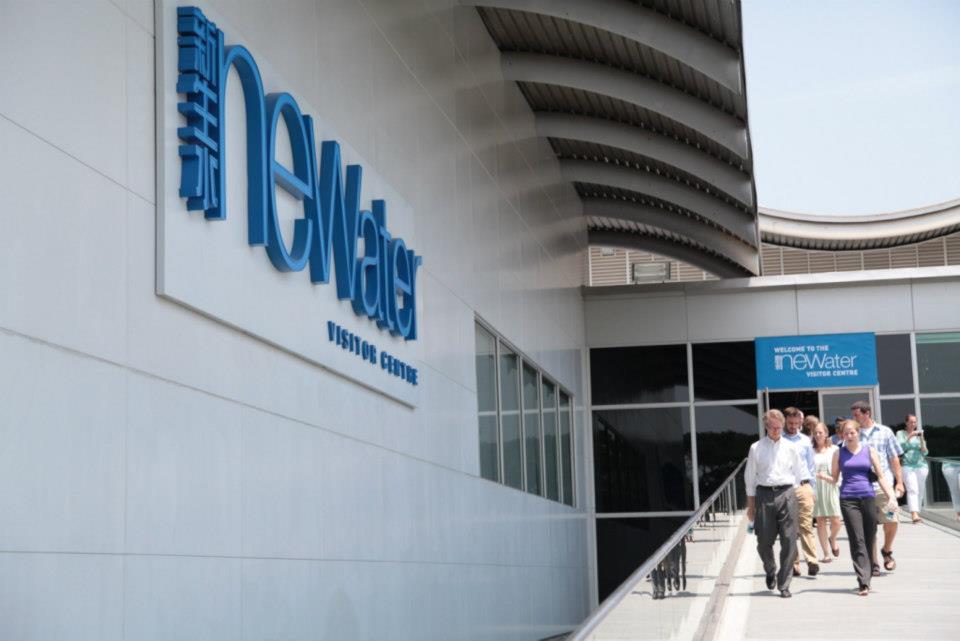 Water reuse is also expensive. Potable reuse systems require a high degree of treatment, and nonpotable systems require a separate piping system to distribute the water, which can add up to as much as, or more than, potable treatment. But Dewane of Orange County points out, "The really low-cost sources of water have pretty much already been developed. So this source of water's not inexpensive. New sources of water are even more expensive, by and large."

There are also challenges, particularly with nonpotable reuses such as irrigation, in dealing with seasonal fluctuations in demand.

The biggest hurdle, however, lies in gaining public acceptance. When people hear about "toilet to tap" technology, they get nervous — and grossed out. That's why when municipalities look at reuse, the hardest part usually isn't figuring out the right technology or engineering the system; it's educating the public and involving them in the process in order to gain their approval.

Wave of the future

Californian cities have found that as public understanding of water reuse grows, so does acceptance of its practice. "Almost one in five Californians are already connected to a utility that uses, or has [as] part of its water supply portfolio potable reuse," said Dave Smith, managing director of the WateReuse Association's California chapter.

Deshmukh only sees reuse continuing to grow. "We feel we're starting to hit a ceiling on how much we can recycle for [our customers'] needs," he said. "We really feel the next step is direct potable."

More public outreach is needed before that will happen, as are advances in the treatment process, he said. Because direct potable reuse eliminates the environmental buffer, he would like to see better real-time monitoring. "We're pretty good today, but we can do better."

There's no way to tell where else potable reuse, direct or indirect, will be adopted, but it's clearly the direction more municipalities are taking. As water scarcity becomes a closer reality for many, people have no choice but to overlook the "yuck factor" that may have constrained the pursuit of reuse in the past.

Ellen Gilinsky, senior policy adviser for the U.S. Environmental Protection Agency's Office of Water, said the success of nonpotable reuse projects to date has laid a foundation for potable reuse moving forward. "I think you're seeing sort of that progression," she said. "People dip their toe in and then they see — oh, this is not so bad."