Water insecurity plays a driving role in conflicts and famines around the world, while water pollution and scarcity pose long-term economic threats to developing and developed nations alike. And institutional investors around the world have noticed: Water ranks among their top three environmental, social and governance (ESG) concerns, according to the 2019 RBC Global Asset Management Responsible Investment Survey.

About two-thirds of about 800 institutional investors surveyed in the United States, Canada, Europe and Asia said concerns over water factored into their investment decisions, placing it behind only cybersecurity and anti-corruption as a top ESG consideration.

The World Economic Forum (WEF) for years has listed water as a driver of global risk, for everything from conflict to health crises and mass migration. As one of the United Nations' Sustainable Development Goals, water security has been a central component of global development work.

The WEF Global Risk Report has listed water crises among its biggest risks for eight straight years; in 2018 it ranked behind only weapons of mass destruction and failure to mitigate or adapt to climate change. In 2017 alone, the organization named water as a major factor in conflicts in 45 countries. But it’s not only war-torn and developing countries that face major water-related challenges.

Two-thirds of 800 institutional investors in the U.S., Canada, Europe and Asia said water concerns factored into ESG-related decisions, behind only cybersecurity and anti-corruption.

In the next 50 years, almost half of the 204 freshwater basins in the United States may be unable to meet demand for fresh water, according to a study in the journal Earth’s Future. Canada has struggled to confront a water crisis in indigenous communities, while also facing long-term risks related to droughts.

In Europe, where investor concern over water is the strongest, it is estimated that more than 11 percent of the population and 17 percent of its territory have been affected by water scarcity, costing some $100 billion since 1980. "Water is no longer the problem of a few regions, but now concerns all 500 million Europeans," the European Commission states on its website.

The private sector recognizes the existential risk to global supply chains and the potentially calamitous impact on agricultural regions around the world. Business leaders and investors are seeking solutions.

Responsible investors increasingly demand water-related disclosures, such as measures of how much companies rely on water in their value chains, the environmental and regulatory conditions where they operate, and internal governance around water management and risk mitigation.

At RBC Global Asset Management (RBC GAM), water scarcity, as well as air and water pollution, are among the environmental factors guiding our investment decisions. Royal Bank of Canada (RBC) also provides direct support to organizations that promote environmental sustainability, with a focus on providing access to drinkable, swimmable and fishable water, now and for future generations.

RBC also has continued a longstanding partnership with Swim Drink Fish highlighted by a Swim Guide mobile app that fosters positive interactions with nature. The Swim Guide has been refined with behavioral science and artificial intelligence capabilities to illustrate pollution and give information on environmental degradation.

Nonprofits are also working with institutional investors to highlight the importance of water as a key environmental issue to consider as part of their investment analysis. Ceres (PDF), which works with responsible investors, analyzed four major indices — S&P 500, MSCI World, MSCI Emerging Markets (EM) and Russell 3000 — and found that 50 percent of the component companies face medium to high water risks.

"Given that there is such a high exposure to water-related risks across indices," Ceres said, "these results underline the importance of considering more detailed and sophisticated water footprinting to better understand potential risks."

The growing concerns over water — highlighted in RBC GAM’s Responsible Investment Survey and other global risk assessments — reveal investors’ growing recognition that their assets are inextricably tied to the communities where their companies operate. It’s now on companies to show that they can help lead the way to solutions. 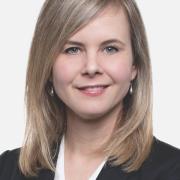 See all by Melanie Adams