Sept. 7 marked the annual celebration of National 401(k )Day in the United States. It’s a day, I’m sure, that ranks just behind Memorial Day, Labor Day and the Fourth of July in American popularity. But there is no better time than this "Day" to talk about the growing disconnect between employer and employees when it comes to providing social impact funds in their 401(k) plan.

A study released earlier this year by Povaddo found that most employees who work at Fortune 1,000 companies believe it’s important for a company to align its retirement funds with its social and environmental commitments. This number was even higher among millennials and women — two-thirds of these two groups believe that this alignment is important.

A drop in the bucket

According to a report issued at the end of March, 401(k) plans held an estimated $5.3 trillion in assets and represented 19 percent of the $28 trillion in U.S. retirement assets, which includes employer-sponsored retirement plans — defined benefit (DB) and defined contribution (DC) plans with private- and public-sector employers, individual retirement accounts (IRAs) and annuities. Yet, less than 1 percent of 401(k) plans offer some type of socially responsible fund. According to an Investment News article — in 2017, 401(k) investors committed more than $35 billion in impact investment funds. While this was up more than 58 percent in the previous year, it is still a drop in the bucket.

At the same time, numerous studies have found that millennials are using their dollars to make social impact investments — investments that provide a market financial return and have a positive social impact. And, they are coming into money. In the coming years, baby boomers will pass on trillions of dollars in the largest intergenerational wealth transfer ever. It's estimated that by 2020, millennials already will control $24 trillion — and that's just the beginning. And, according to the same Povaddo study, nearly two-thirds of millennials said they would be more likely to invest in their 401(k) plan if some type of socially responsible funds were offered in their retirement plan.

There are organizations — both large, small and everything in between — that represent companies whose missions are very much in alignment with the values expressed in socially responsible funds and investments. If these organizations would commit to working with their member companies to align their retirement funds with their social and environmental commitments, an irreversible movement would be created. It would ignite the transfer of a significant amount of capital to invest in the kind of world they seek, it would be a powerful and sustained counterpunch to the prevailing regulatory headwinds coming out of Washington and it would be great for the businesses they represent. The Povaddo study found that more than 40 percent of millennials said that providing socially responsible funds in which to invest would affect their decision to maintain or pursue employment with a company.

Increasingly, more employees view their employer as a shared interest group with the responsibility to collectively make a positive difference in society.

The World Business Council for Sustainable Development is the first organization that has set a goal on this issue. Earlier this year, it launched an initiative, Aligning Retirement Assets (ARA), that enables companies to better align retirement assets, including defined benefit and defined contribution plans, with their overall sustainability goals.

As an aspirational goal, the project envisions that 1 percent ($10 billion) of WBCSD member companies’ total retirement assets (estimated at $1 trillion) will be invested in some type of socially responsible funds by 2020.

That’s a great start. But other organizations could accelerate this movement, including:

To be clear, I mention these organizations not because I believe they are intentionally refusing to align their sustainability commitments with their retirement plans — they are not. I mention them because they represent both the blind spot that exists on this issue and the catalyst they can become to drive significant investment to such funds.

According to a recent Wall Street Journal article, there are more job openings than job seekers. Simultaneously, the competition is occurring in an environment where unemployment is at an all-time low and top talent is hard to attract and retain.

Additionally, the workforce and workplace are changing. Millennials and women are moving into and up organizations as baby boomers retire. In young companies, millennials and women are the workforce, and they are flexing their muscles. A good analogy to frame the changing nature of the employer/employee relationship could be compared to the relationship an elected leader has with her constituents; although the two are not entirely akin, increasingly, more employees view their employer as a shared interest group with the responsibility to collectively make a positive difference in society.

Employees are increasingly bringing their passion for causes into the workplace and expect management to respond to their expectations with new behaviors both inside and outside the workplace. It is only logical that the values that these employees are expressing through these causes also should be reflected in the ways in which they invest their money in their company retirement plans.

Closing this gap now is a "triple bottom" win — good for employees, good for business and good for the world. 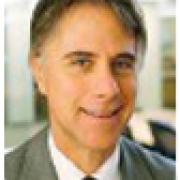 4 Ways to Flip the Switch on the Climate Change Debate

Finding Common Ground on Climate Change in the New Congress

See all by Tony Calandro