When most people imagine what a drone expert looks like, more than likely they see a scene from TV or a film of a drone strike: a man in front of a screen controlling a joystick and then, an explosion.

They almost certainly do not imagine Gregor MacLennan. Yet in the fall of 2014, he arrived in Guyana’s dense forest with a backpack full of motors, glue and soldering irons in tow, intent upon building a drone that local communities in the Wapichana region could use to monitor and document how small-scale gold miners rapidly were destroying large sections of treasured rainforest.

MacLennan — program director for Digital Democracy, a non-profit focused on empowering marginalized communities through the use of technology — spent several months working with the people of Guyana to construct a drone that they could independently fly, repair and use as a “tool of reflection” to start community discussions on land use and resource management.

Drones as sustainability and equality tools

In recent years, drones, also known as unmanned aerial vehicles (UAVs), have become a revolutionary tool in the defense of property rights of disenfranchised people such as the villagers in Wapichana.

“These people find it difficult to find the information that they need to prove that they live on this land and that they have the right to it. UAVs help these people level the proverbial playing field,” explained Faine Greenwood, an avid drone hobbyist and field analyst for New America’s International Security Program.

She and MacLennan, along with other experts, spoke at a recent daylong event at New America convened for discussion of critical issues around drones and aerial observation. MacLennan and Greenwood both spoke on a panel devoted to the question of using drones to map property rights.

In the Wapichana territory, MacLennan explained, villagers have been able to capture aerial images using a quadrocopter and then overlay them onto older images to demonstrate the deteriorating condition of the rainforests. Empowerment from within, rather than involvement from outside actors, is Digital Democracy’s goal.

“We want working with technology to be something that reduces inequality and makes them feel like they’re participating more in something that’s happening on their land,” he said. “This was not my technology that I was bringing in or the white man’s technology being brought in from the outside. This was the Wapichana drone.”

MacLennan’s experience in Guyana crystallized a common belief expressed by other participants: UAV technology has clear benefits for community empowerment. Whether through strides in the realm of land use and management or through the advancement of mapping techniques, the conference participants demonstrated that drones undeniably have the potential to mold the future for the better for many people.

Another related theme that emerged was a need for increased local engagement with these new technologies — an ambition often foiled by negative public perceptions about drones.

For example, although MacLennan described positive reactions to the drone technology from the Wapichana villagers, other members of the same property rights panel recalled facing apprehension about UAVs from the very communities they were trying to help with them.

Dr. Janina Mera, who uses drones for a land-titling project in small regions of southern Peru, met resistance from local residents who feared this technology would replace their jobs on the ground by automating them. Convincing these villagers that they “were still needed to analyze, interpret and contextualize the images collected by the drones” was imperative to the success of Mera’s work.

For Abi Weaver of the Red Cross, the future success of drones in disaster response will hinge on the success of these efforts to foster local engagement with drones and to neutralize negative assumptions about them. In communities where these negative assumptions have been replaced by optimism and even excitement, residents have come up with applications of drone technologies that humanitarian workers “never could have dreamed of,” said Weaver.

Future progress depends on the ability of international organizations like hers to encourage this community leadership and to develop these technological capacities in regions affected by disaster.

According to Weaver, however, many efforts by the Red Cross to deploy UAVs for humanitarian purposes also have been met with suspicion and distrust. After facilitating extensive discussions with residents in disaster-stricken areas, the Red Cross learned that people had an enhanced aversion to UAVs in post-conflict communities where drones had been weaponized to cause destruction and in areas with increased access to popular media because of the portrayal of drones in film and television.

Weaver described one particular discussion in a slum in Nairobi, which found that many people thought “drones were taking over.”

“Communities don’t feel connected to the benefit that humanitarians are deriving from UAVs. They feel like there’s a flight that goes over the community and all the information is sent to a database or a headquarters elsewhere and they never see the results of that activity,” she noted.

As part of an effort to bridge this gap between the “aspirations of helpers” and the “rights of victims,” the Red Cross has launched projects across the globe to experiment with what Weaver describes as “use cases,” collaborations between the Red Cross and local partners that are intended to experiment with new uses for UAV technology that can address local priorities and improve the perceptions around what drones can do.

Weaver described one such project, based in Peru, that linked the Red Cross with community partners to stitch plastic bags and trash together to create balloons that can assess weather data and in turn help with climate mitigation and adaptation. She also cited a Red Cross team that launched drones in the Netherlands that monitor marathons and large sporting events to try to identify injuries sooner, dispatch medical responders faster and transport critical first aid supplies more efficiently.

On this same panel on disaster response, Patrick Meier, a leader in humanitarian technology and innovation, cited the union of the International Organization for Migration (IOM), a Swiss non-profit called Drone Adventures, and local Haitians in 2012 as another successful example of this kind of collaboration in a real disaster scenario.

In 2012, after Hurricane Sandy ravaged the Haitian slum of Cité Soleil, the IOM worked with Drone Adventures to train Haitian pilots to fly and maintain drones that could be deployed to conduct initial damage assessments in the region. Within 24 hours, the team had images that could be used to create point clouds and digital terrain models to determine what houses had been destroyed and to assess areas prone to flooding.

Collaborating around good uses may be key

Without such collaborations, concluded Meier, Weaver and MacLennan, people will continue to shy away from and resist the use of drones in their communities, losing out on the enormous benefits the technology could provide them.

For many experts at the event, the future of drone technologies is an exciting and seemingly boundless prospect — with the proper strategies for community engagement in place. Aldo Watanave — whose work uses drone imagery to preserve archaeological sites in Peru — put it concisely. “As we say in Peru,” he explained, “you can’t love what you don’t understand.” 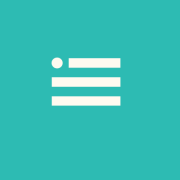 See all by Rebekah Ausbrook