Every time something in your company's production cycle gets thrown into a trash can and ends up in a landfill, you throw out some money.

A landfill-free strategy is too costly, too challenging, and too hard to implement, you say? Check out how the experts featured in Greenbiz's recent webcast "Innovative Approaches to Recycling and Waste Reduction" did it.

"We like to say: Waste is a resource out of place," said John Bradburn, General Motors' global manager of waste reduction. 111 of GM's facilities worldwide are landfill-free. Via recycling and reuse, GM diverted 2.2 million tons of waste from landfills, the equivalent of 38 million garbage bags. Since 2000, the company reduced its non-recycled waste by 73 percent. The total waste was diminished by 43 percent from 2000 to 2010 and by 10 percent more from 2010 to 2013. "It has been a long road for us," Bradburn said.

If you think of waste as a resource out of place, you might come up with innovative ideas that not only solve your own problems but those of others as well, just as GM did. After the Deepwater Horizon disaster in the Gulf of Mexico, GM approached BP to help recycle booms used to prevent the spilled oil reaching the beaches. GM found a way to extract the raw materials — including the oil — from the booms and incorporated it into producing air deflectors for the Chevy Volt. 227 miles of booms were recycled that way, diverting 212,500 pounds of waste from landfill and eliminating 140 tons of CO2-equivalent emissions. 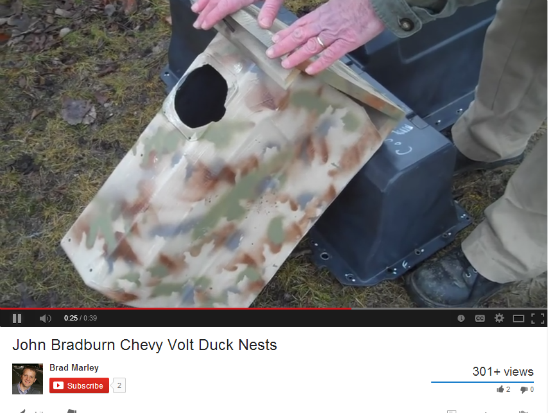 Sometimes, materials can be incorporated into new products that help the community instead of polluting its environment. 4,000 yards of sound-absorbing material for GM vehicles have been made into waterproof coats that transform into sleeping bags for the homeless in Detroit. Old battery cases from Chevy Volts have been made into nesting boxes for ducks. And steel baskets used for shipping parts from Europe to Detroit serve as raised vegetable beds for community gardens. The option was to melt the metal and get a few cents per pound for it, or do a community service, Bradburn said: "We chose the community service."

It's even possible to upcycle, to transform seemingly inferior materials into something more valuable. GM uses cardboard from shipping material to produce sound-dampening material for the headliners of the Buick Lacrosse and Verano. Old tires from GM's test facilities are mixed with plastic caps that used to be protective packing aids and together with other materials they become air and water baffles for a variety of GM vehicles. "We like to combine streams. We like to solve two or three problems at the same time," said Bradburn.

But what about the costs?

The materials that leave GM's facilities to be recycled are creating $1 billion in revenue each year, Bradburn said. "But in future we want to make it zero [materials leaving GM], because we want to consume all of our materials within our processes."

For chemical giant DuPont, recycling typically generates revenue as well, said David Walter, the company's global business development manager. But what is even more impressive is how little manpower and time he required to make DuPont Building Innovations department landfill-free.

14 people, none of them full-time, worked on DuPont's "Drive to Zero." No capital was required for the program. Instead the company ended up saving money, Walter said. The results were no less impressive. In 2008, DuPont Building Innovations still sent 81 million pounds of waste to landfills. The company achieved the goal of taking that number down to zero on Dec. 22, 2011.

"The last couple of pounds were very stubborn, but we knew that that was going to be the case," Walter said. And he took an important lesson away from the experiment, besides all the environmental and economic benefits: "Never underestimate the power of a dedicated group of people committed to a vision. That was a key learning for us, for sure." 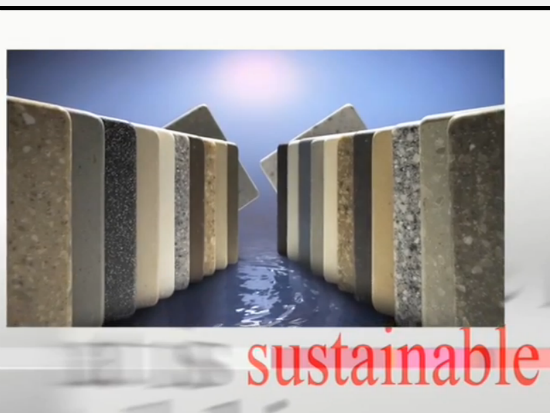 The most important step in the beginning of the project was to thoroughly access the waste streams. That data was not readily available. "We did some deep mapping," Walter said. Why were the materials there? Where were they produced? When were they produced? After the first step, the process was guided by the EPA waste management hierarchy, with reduce and reuse as the more desirable options and recycle and energy recovery as the less desirable ones, resulting in a whole laundry list of things to do.

Tips from a waste management pro

GM and DuPont were optimizing their existing production processes, but even if a product is designed from scratch, the idea of a circular economy is often poorly implemented. "We are still acting very linear. We tend to pass on the problem," said Tom Carpenter, director of Waste Management Sustainability Services.

Instead, it needs to be more of a matrix approach that takes into account that all parts for the production process are interrelated. For the best results, the important questions need to be ask in the design phase of a new product already, Carpenter said: "We should be asking: What is the end of use of this material? What is the next use of this material?"

In Carpenter's opinion, it also is important to test the products in a real-life environment. Only if the material did indeed run successfully through a recycling facility can one can be sure that it is suitable. Sometimes, Carpenter said, even subtle changes, such as the use of a different coloring of a product, can make the difference between more waste going to landfills or materials finding a new life.

Top image of empty wastebasket by JOAT via Shutterstock. 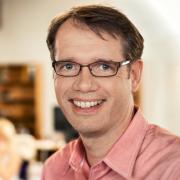