From Durban to Boulder, a quest for climate resilience at city scale

To increase adaptive capacity in the face of a changing climate, many cities are considering a range of potential responses — everything from large infrastructure projects to social programs to policy initiatives.

To inform these important decisions, cities need data that illustrate the range of possible impacts at the local level. Global climate models are numerous. But local data and analytics are generally scarce, despite increasing efforts to improve regional-level projections and address such gaps.

In the absence of readily accessible local data, a number of cities have commissioned "downscaling" climate models — effectively taking global climate models and shrinking the projections for smaller geographic areas. Still, downscaling is a complicated endeavor that may not result in the level of certainty that policymakers hope for with important planning decisions.

Among those experimenting with downscaling are chief resilience officers, or CROs — local officials hired or assigned from within local governments in cities around the world, primarily through partnerships with the nonprofit 100 Resilient Cities — to address the growing social and economic risks cities face due to globalization, urbanization and climate change.

Two cities that have hired CROs are Durban, South Africa, and Boulder, Colorado. I recently sat down with Durban CRO Debra Roberts and Boulder CRO Greg Guibert to discuss their experiences with downscaling, among other innovative approaches to climate risk assessment. The interviews have been edited for length and clarity.

Katherine Michonski: What was your city's experience with downscaling, and what did you learn from that approach?

Debra Roberts: Durban was one of the first cities in Africa to start to figure out the local effects of climate change, back in 2004. Although many cities had done a lot of good work on local climate risk assessments, most of these cities were in the "global north," so there were very few relevant precedents for Durban to follow. 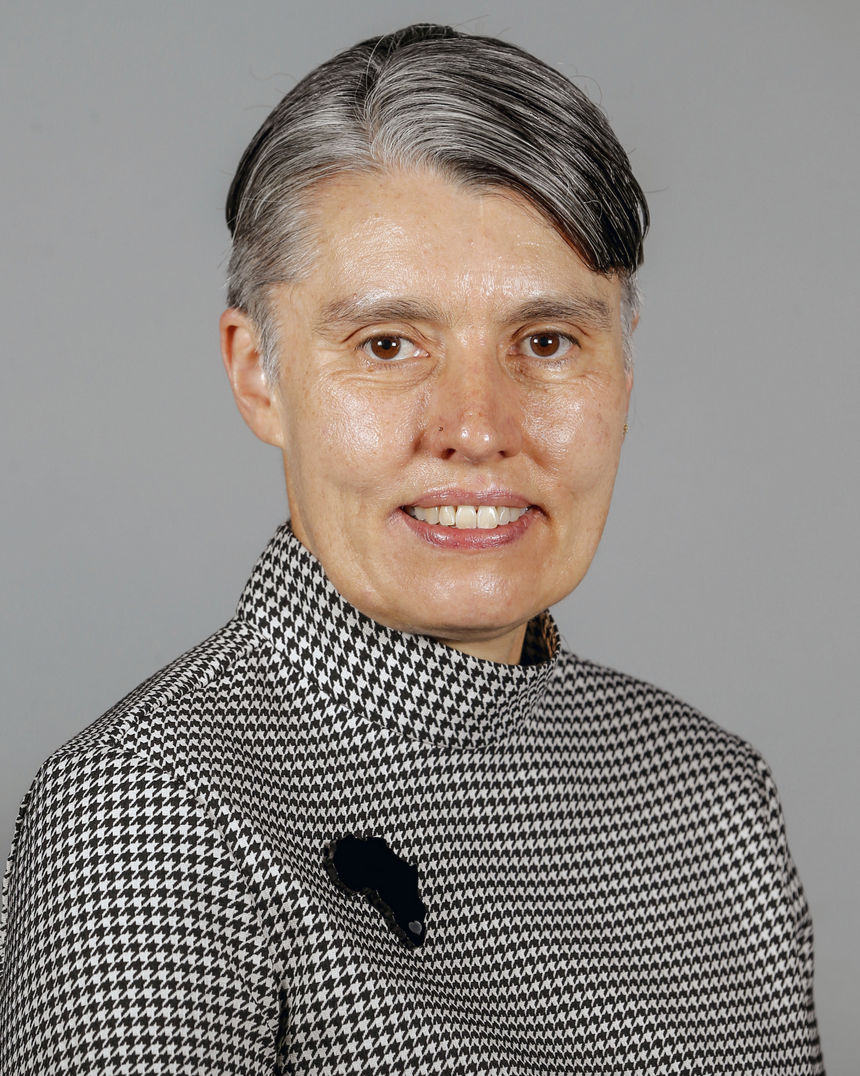 Since this was new and uncertain territory, we were keen to ground our approach in science. We spent two years and a lot of resources working on understanding the local impacts of climate change. As part of this process, we commissioned the Climate Systems Analysis Group at the University of Cape Town to downscale some of the more relevant climate models, hoping that this would give us the data we needed to accurately articulate the increased local risk associated with climate change.

We found that the fatal flaw in our science-based approach was that the level of confidence in the data decreases the finer the scale. For example, in one instance, modeling showed that in one area there would be above average rainfall, while in the immediate adjacent area below average (rainfall) was projected.

As a result, we realized that modeling wasn’t going to give us the certainty we needed. Instead, all we needed was an understanding of the trends to generate a conversation about how to plan for the future: Was Durban going to be hotter, warmer, wetter, drier? We found that it’s better to just pick the high and low scenarios to define the range that we would have to respond to, and forget trying to figure out all the detail in between.

Michonski: What is the current approach to climate planning?

Roberts: To inform local planning, we now draw on the nationally accepted set of scenarios developed by the Long Term Adaptation Scenarios project and supplement these with local-level measurements of actual change where these exist, or work towards developing local data sets where they do not.

We know that temperatures are expected to change by approximately 1.5 and 5 degrees Celsius by 2065 and 2100, respectively. We also know that southern Africa is heating twice as fast as the rest of the world, so we are more likely to be at the 5-degree range than any other place.

Using that national-level trend data to set the playing field for what’s possible, we then use local data sets on rainfall, coastal erosion and sea-level rise to refine these assumptions. We now have climate monitoring stations set up throughout Durban that generate the best and most accurate climate data on the local level.

We realized that modeling wasn’t going to give us the certainty we needed.

To understand what the potential impacts are by sector, we worked with local experts. When we first started out, we assessed climate impacts in three sectors: water, health and disaster management. We have since broadened this assessment to other sectors as part of the development of the Durban Climate Change Strategy.

What’s interesting is that what began as a fairly siloed approach to planning ended up very integrated. The health people needed the water data, the water people need to understand the health impacts of changing flows and the disaster management team needed to know it all!

Michonski: What advice would you share with other cities?

Roberts: Climate science is very complex. Given the high levels of variability in projecting future impacts, climate adaptation planning ends up being a much more qualitative process that requires integration of local data and validation by local, sectoral experts. Therefore, it’s quite important to allocate sufficient time and resources for education and capacity-building within the city.

I would advise other cities to invest your resources in building local capacity to understand and monitor climate impacts at the local level. Work with the national government to choose the models and projections that make sense for your part of the world, and then use local data to validate and refine these projections. This is a much better use of national and local resources, and more cost effective.

Michonski: How does Boulder currently plan for climate change?

Greg Guibert: As a city of planners and climate scientists, Boulder has been very proactive in understanding and planning for the risks posed by climate change. Climate impacts are referenced in many city plans. 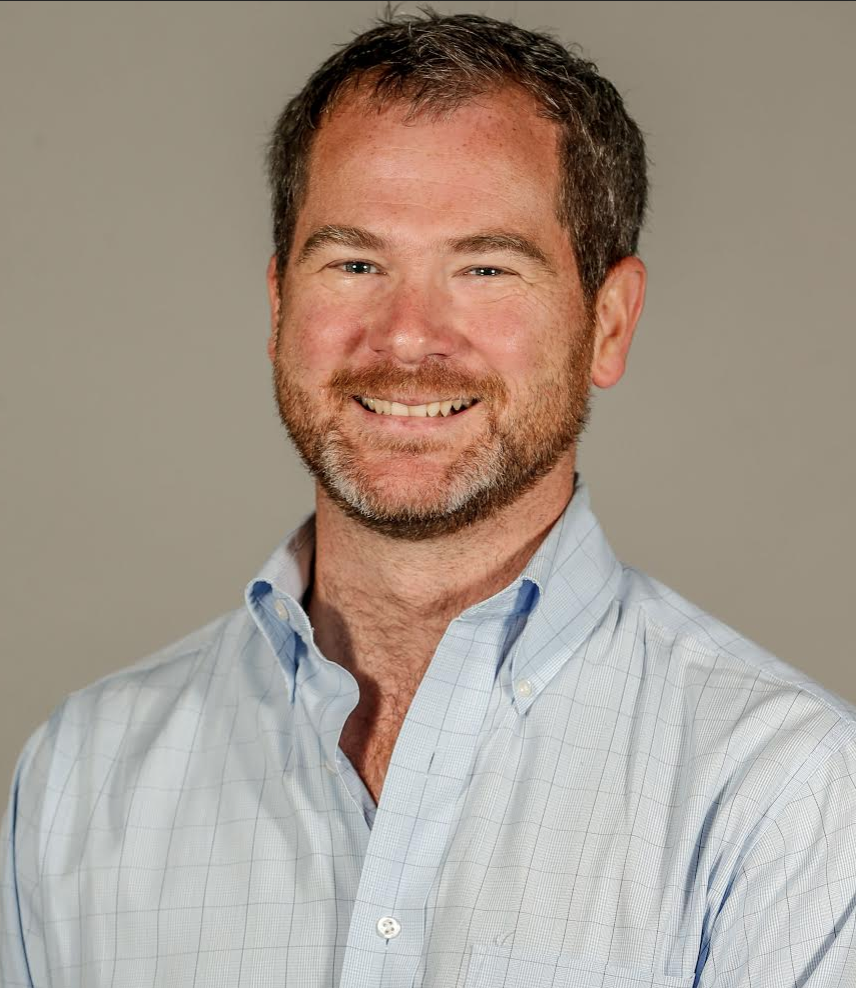 However, the individual plans include varying assumptions and predictions about Boulder's future and the possible intensity of climate change. For instance, the utilities department may use a very aggressive set of assumptions, while the watershed sustainability program’s are more conservative.

This came to light last year, when the City Council was about to make an important decision about two city facilities. Two climate impact assessments were completed, resulting in confusing impact projections that were significantly divergent from expectations.

It became apparent that the city needed a more uniform projection of what Boulder’s future climate might look like. The issue then became: What projections should we use?

Michonski: What has been Boulder's experience with climate modeling, and what did you learn from that experience?

Guibert: To better understand how to improve our approach to climate risk assessment, we reached out to local partners at the National Center for Atmospheric Research and University of Colorado. With 3,000 climate scientists and several world-renowned research centers, Boulder has deep expertise to draw upon when it comes to climate modeling.

The team’s investigations found that with downscaling, the finer the resolution you achieve, the more planning uncertainty you introduce. While climate models can illustrate the average anticipated climate changes quite well, they don't do a good job understanding the "tails" (what the extreme situations will be) because of the large margin of error.

This is particularly important in Boulder because of its extreme topography: it is located on the front range of the Rocky Mountains, which rise about 900 meters immediately to the west. The extreme variability in climate makes accurate predictions even more difficult.

Michonski: What is the new approach to planning for climate risk?

Guibert: Recognizing that modeling can only get you so far, we decided that a better approach would be to create flexibility in city government to anticipate and respond to a range of potential extreme scenarios.

The idea is to help the city make critical policy and capital investment decisions by: one, developing consistent climate assumptions across planning processes; and two, building the capacity for teams to act with flexibility in the face of uncertainty.

We live in an age of uncertainty.

For climate assumptions, we decided to use the state of Colorado's front-range model — which assumes a 2- to 6-degree Fahrenheit annual average temperature increase by 2050 — and then supplement this by developing a series of credible extreme event scenarios, i.e. a deep and persistent drought or recurrent flooding. These "plausible extreme events" will be the consistent scenarios used across all planning efforts.

To build our capacity to apply these scenarios, we have structured a series of climate "boot-camps" that city government employees with operational control over major city assets will be required to take. For instance, "Climate 101" will help teams understand what climate change is and what those changes mean for the city and the region. "Climate 102" will be about localized impacts as it relates to their operational roles in the city, to water systems, land use, etc.

Then we will do table-top exercises to help each team understand potential impacts to their operations, and to assets under their control under the range of "plausible extreme event" scenarios. This pilot process will take place over the course of the next year and will be documented and institutionalized as part of our resilience strategy.

Michonski: What advice would you give to other cities grappling with how to assess and act on climate risk?

Guibert: We live in an age of uncertainty. While we should use the best information we have, it's important to recognize that climate projections can only achieve so much certainty. It's the capacity of cities to deal with uncertainty that is paramount.

What is interesting about Boulder's approach is its scalability. It doesn't require that you have a climate scientist on staff or do new modeling. We are just taking the most credible information we have right now on what the average effects of climate change will be (from the state of Colorado), bounding them with a series of extreme but plausible events and developing a process to help the city use these scenarios across city planning efforts. 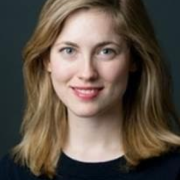 See all by Katherine Michonski