A baby will soil an average of 5,000 to 6,000 disposable diapers before they’re potty trained. And many of them will end up in a landfill.

Made from multiple materials — plastic, wood pulp, superabsorbent synthetic polymers  — diapers are difficult to break down. It’s estimated that the average diaper can take 500 years to biodegrade. Since the 1950s, when the disposable diaper came to be, it has grown to a $65 billion market worldwide. In the United States and Europe, plastic diapers are one of the largest categories of nonbiodegradable items in landfills; the problem is even worse in other parts of the world.

"Disposable diapers have become one of the most urgent environmental problems in our area, especially where waste removal services are limited or nonexisting," said Philip Owen, who works with South African water conservation group Geasphere, told HuffPost.

That’s why Sergio Radovcic, CEO of diaper subscription company Dyper, credits his children — "exhibits A, B and C" — as one of the reasons he decided to offer a composting service for its diapers.

Radovcic said that after having their second child, he and his wife began to realize that the waste they were generating from diapers was stacking up rather quickly.

"You have this diaper you’re applying to a child early on seven to 10 times a day and then rolling it into a burrito-like thing and tossing it away to your regular garbage," he said.

Radovic said when he looked at how much his family was spending on diapers, he realized there was an opportunity to lessen the environmental impact while increasing convenience for parents.

That’s when he founded Dyper in 2018, which offers home delivery of a four-week supply of diapers for $68. Its diapers are made from bamboo, widely credited as a sustainable or renewable material. Dyper received a non-disclosed investment from HCAP Partners, a California-based private equity firm, in October.

Numerous companies are using bamboo as an alternative to traditional timber or fibers. For example, there's EcoPlanet Bamboo that is working to industrialize bamboo and bigger companies such as Kimberly-Clark, which announced nearly a decade ago that it would "source 50 percent of its wood fiber to alternative sources by 2025." Dell has engineered similar plans for its packaging.

Using bamboo and eliminating the use of chlorine, latex, alcohol, perfumes, polyvinyl chloride, lotions, tributyltin and phthalates for the diapers made them compostable, and therefore, potentially better for the environment. But the infrastructure needed for people to compost the diapers on their own is lacking across the U.S. and the rest of the world. So Dyper had to work on creating its own. 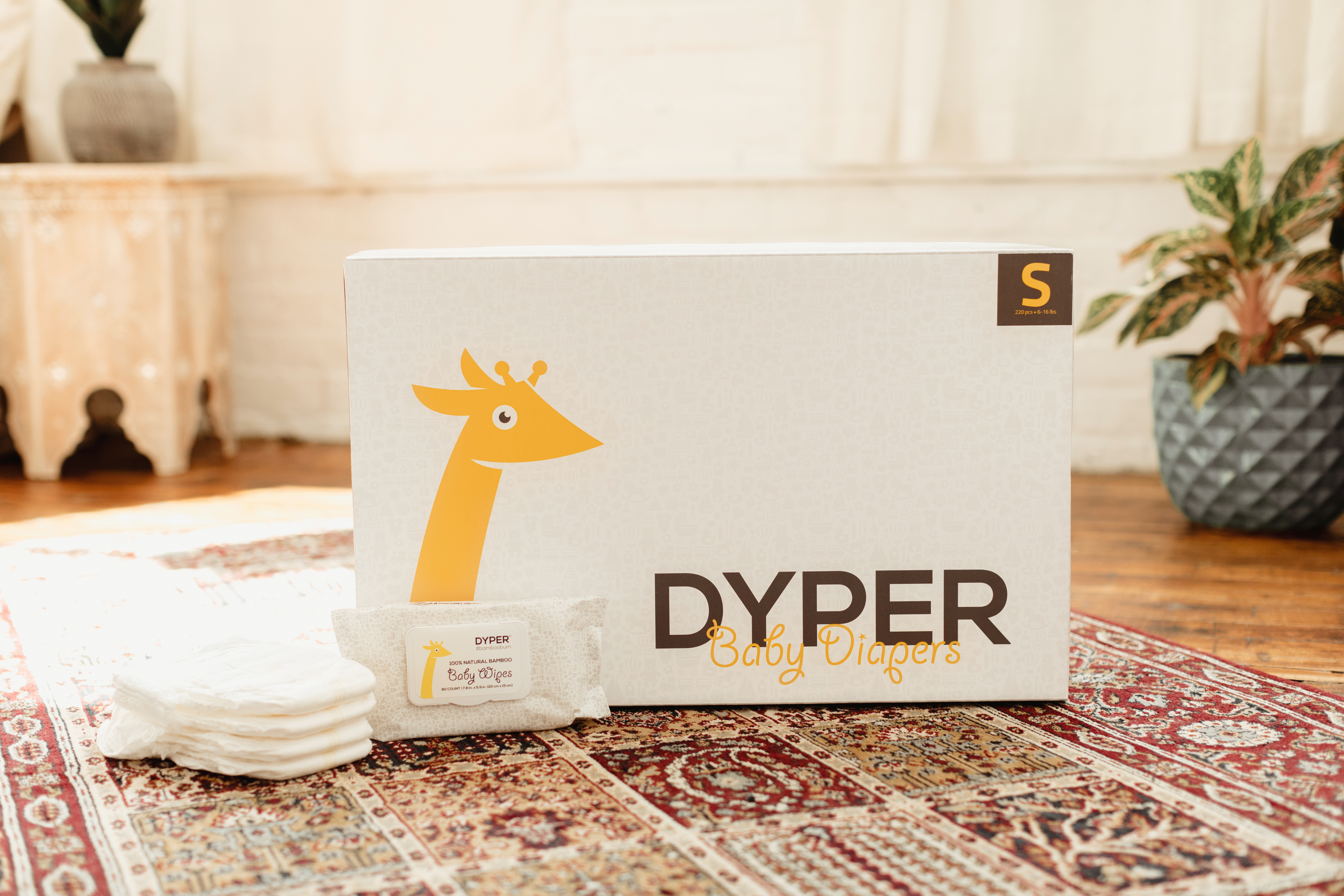 In February, the company announced Redyper, a partnership with TerraCycle, the Trenton, New Jersey-based recycling company, to compost its diapers. Prior to that — nearly a year ago — Dyper partnered with local services in select cities such as Earth Baby, a compostable diaper service in the San Francisco Bay Area, with which it is redirecting about 10 tons of diapers from landfill per week. It plans to expand this type of partnership to 10 other cities "in the market where the demand is" for local composting and is still partnering with Earth Baby.

"We looked at that and said, can we expand this nationally?" Radovcic recalled.

Caregivers who use the Redyper service — an additional $39 on top of the $68 diaper subscription — are given biodegradable bags to store the diapers as they are used and a cardboard box that is engineered to meet the United Nations’ strictest HAZMAT shipping standards. The bags are large enough to hold two to three weeks' worth of diapers. From there, users can print a label and schedule a UPS pickup.

When TerraCycle receives the diapers, it checks them in and aggregates them, then moves them to a compost facility. There, they are placed in a hot commercial compost, which typically takes between three to six months — depending on the mixture — to be safe to use for vegetation growth purposes.

Radovcic notes that the compost is typically not used for production of fruits and vegetables meant for human consumption because of the fear that some pathogens would be in the mix.

The Redyper service is available only in the U.S., but TerraCycle, known for recycling the unrecyclable, also has a partnership with P&G's Pampers brand to recycle diapers in Amsterdam, which it plans to expand into Asia and other parts of Europe.

"We have invented a technology that can turn 100 percent of diapers into valuable material, like plastic cellulose and absorbent material," Virginie Helias, vice president of global sustainability at P&G, told GreenBiz at the time. This effort is part of a larger effort at P&G, which formed its Global Asset Recovery Purchases team in 2008 to find new uses for the waste at its industrial sites. Since that program started, P&G has saved more than $2 billion and helped divert 4.5 million metric tons of waste from landfill, according to its 2018 Citizenship Report (PDF).

What separates diapers that are composted from ones that are recycled is their source materials. Compostable diapers eventually biodegrade, while the recycled ones are sanitized and separated into their different components, such as the cellulosic material and plastic that can be reused.

There’s also a third option emerging — a return to the reusable cotton diaper — that TerraCycle CEO Tom Szaky said the company is planning to launch itself later this year.

"I hope consumers wake up and realize that diapers don't have to be a big waste stream and start voting with their dollar for diapers that offer circular solutions," Szaky said. "Then hopefully other types of companies will be inspired to do similar activities whether with disposables or reusables or compostables."

Radovcic is hoping for the same and notes that Dyper is not the only company doing this work.

"We’re not the only ones that realize a problem. We’re certainly not the only ones that are going to have a solution," he said. "But maybe having a little bit of a race with some of our larger competitors where they’re forced to maybe adopt some of this approach faster, personally as an entrepreneur and as a father, I think would be an incredible success."