The annual holiday synonymous with environmentalism has gone global four decades after its inception, but those closer to home question what should come next.

Forty-five years ago, cars belched lead-based fuel exhaust, a river in Ohio was so polluted that it caught fire and some 80,000 barrels of oil spilled into the ocean near Santa Barbara, Calif., devastating nearby coastal areas.

It was against this backdrop that the modern environmental movement was born.

One young man, Denis Hayes, helped seize the moment to organize a nationwide teach-in called Earth Day. Compelled into action by his mentor, then-Sen. Gaylord Nelson (D-Wisc.), and his peers in a generation bent on effecting change — they had upended the nation’s sentiment on the Vietnam War, after all — Hayes and his fellow organizers got to work.

Through writing letters and holding phone conversations with college students, elementary school teachers and concerned citizens in towns scattered from New England to New Mexico, Hayes and his volunteers organized that first Earth Day. Events were held on 2,000 college campuses, 10,000 K-12 schools and a couple thousand towns, according to a New York Times article (PDF) from April 1970.

Much has changed since then. In the ensuing years, President Richard Nixon established the Environmental Protection Agency, and Congress passed the Clean Water Act. 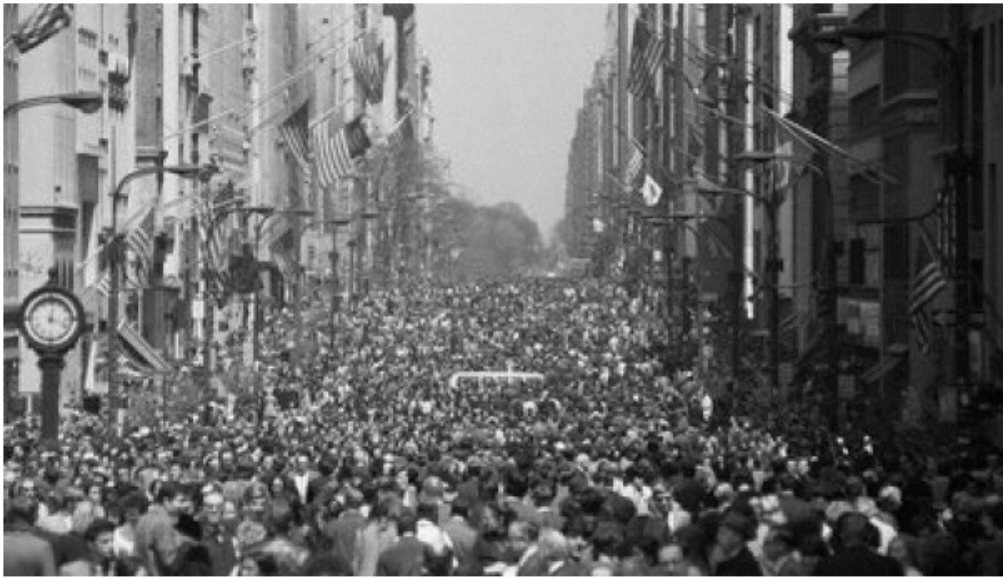 Today, millions of people recycle and have solar panels on their home rooftops, while progressive corporations and cities are integrating day-to-day sustainability into their operations. Cars no longer use leaded gas, rivers are generally cleaner and toxic industrial wastelands have been ordered cleaned up through Superfund allocations.

Yet both past and present environmental degradation also have exacerbated what we now know as climate change, upping the ante on inaction for businesses, governments and ordinary people alike.

Economic and population growth have led to surging carbon emissions, and basic resources such as plentiful clean water still prove ellusive from drought-stricken rural California and entire cities in South America, Asia and Africa that still lack the essential infrastructure. Perhaps even worse, our ability to curtail the activities accelerating climate change is now fraught with political obstacles and lifestyle inertia.

With all this in mind, what does Earth Day mean in 2015, when just a few months ago the United Nations warned that current behavior left unchecked likely will lead to "severe, pervasive and irreversible impacts" for ecosystems, populations and the businesses that depend on them?

To make sense of the dual progress and setbacks that have defined the 45 years since the first Earth Day, we thought we’d turn to its founder to tell us what he thinks.

Denis Hayes, now president and CEO of the Bullitt Foundation and chair of the board for Earth Day Network, was the 25-year-old national coordinator of the first Earth Day, tapped by Nelson to organize all that letter writing and phone calling and personal visits to galvanize like-minded students and regular citizens across the country to hold environmental teach-ins.

Two decades later, in 1990, he oversaw efforts to make the event global. In the intervening years, Hayes also directed the federal Solar Energy Research Institute, was a senior fellow at the WorldWatch Institute and taught engineering at Stanford. Time magazine once called him one of the Heroes of the Planet.

In an interview with GreenBiz, Hayes shared his thoughts about Earth Day 2015: 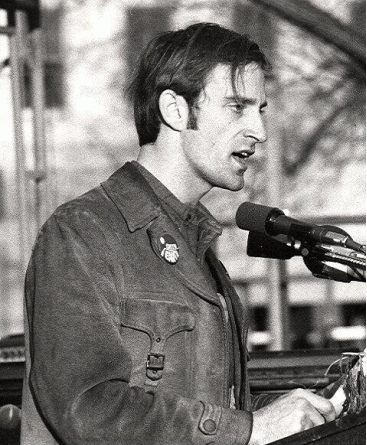 Barbara Grady: How has Earth Day evolved?  What makes it different today?

Denis Hayes:  Perhaps the most important difference is that the first Earth Day was purely American. This year, there will be Earth Day activities in at least 170 nations.

In 1970, Earth Day was introducing a new set of issues to the body politic, and it garnered an enormous amount of media attention. Today, reporters view Earth Day as a legitimate activity, but more akin to Martin Luther King Day or Labor Day. It gets a lot of local coverage but isn’t viewed as national news.

There were no computers, smart phones, email, texts, Twitters, postings, etc., so organizing involved an enormous amount of telephoning, mimeographing things and shoe leather. Organized labor, and in particular Walter Reuther and the UAW, were strong supporters of the first Earth Day. Those bonds are more tenuous today.

Grady: How does Earth Day function now as a tool for rallying citizens to action, or for individuals to change behavior?

Hayes: Earth Day provides an effective rallying point for certain campaigns, typically local or regional, that are seeking to broaden their bases. Local events often appeal to a broad cross-section of a community, and they become receptive to new information.

It occasionally leads to organized protests of bad proposed projects, but not as frequently as I’d like. This is particularly common in some other countries whose environmental movements are at an earlier stage of development.

Grady: Earth Day is now often an event for employee engagement in sustainability programs at companies, and it also is widely celebrated in schools and communities these days. Do these small events provide momentum toward meaningful action?

Hayes: First, 100,000 or so schools in the U.S. alone engage students on environmental issues on Earth Day.  When we unleash 30 million little green guerrillas on their parents — most of whom really want their kids to admire them — it produces a lasting result.

Second, every religion recognizes that humans are flawed and will never be sin-free. Still, sacramental acts help to solidify values. I’m not one of those folks who poor-mouths tree planting or beach clean-ups — they are a physical manifestation of a value system and they cumulatively add up to changed personalities.

In my neighborhood, a great sense of community has been built by a handful or retirees who organize volunteer activities, e.g. eliminating invasive species and planting natives. In the process, people talk about lots of other issues and sometimes recruit new activists.This happens in hundreds of thousands of places each year.

Grady: Given the international nature of Earth Day now, with 170 countries holding events this year, has the event helped get citizens to urge their governments to commit to climate negotiations? Or how about convincing multinationals to be more environmentally responsible?

Hayes:  Nothing has been particularly effective yet at persuading any governments to accord climate change the priority, the urgency, that it demands. It has been a dreadful failure, not merely of Earth Day — which held its first large concentrated focus on climate in 1990, or even of the overall environmental movement — but of Homo sapiens.

The changes already baked into the atmosphere will diminish the human prospect and unravel big parts of the web of life. However, in a very large number of countries, we have convinced officials to pass much stiffer, health-based environmental standards.

As a result, companies are held to somewhat more uniform environmental standards in various regions, and it is becoming rarer of multinationals to successfully reduce costs by moving operations to pollution havens. The most common protests in China — by far — are around pollution issues.