Easy street: How we can use AI for infrastructure maintenance

Artifical Intelligence can move our planes, trains and automobiles in the right direction.

Augustus Caesar, the first Roman emperor, thought good roads so important that he retained the title of Curator Viarum, or "Commissioner of Roads." For Augustus, road maintenance and a strong defense were synonymous, and one of the prime duties of government. Road inspection in that day consisted of a chariot driver accompanied by one or two Lictors, or "Road Inspectors," who visually inspected the superficiem via and miliarium, "road way" and "road signs" respectively, for overall condition. Along the way, these inspectors were careful to make notes about what maintenance was needed, where and when, then share it with the local road crews.

While we use a variety of impressive advanced materials and technologies today to preserve our multimillion-mile global network of paved road, surprisingly little has changed from Roman methods, save for substituting a Ford F150 for a chariot. Fortunately, advances in AI and machine learning are allowing our civil engineers to rethink when, where, why and how we maintain roadways, and these changes could not happen soon enough.

The U.S. road network of more than 4 million paved miles, built up over a century and with an estimated replacement cost of $6.5 trillion, is showing its age. According to TRIP, a national transportation research group, 28 percent of major U.S. roads are rated "poor" or in need of a complete rebuild, which translates into about $1.25 million per mile to re-mill and resurface a four-lane road. When, again according to TRIP, you add the burden of a $515 annual per vehicle cost for operations and maintenance upkeep of the U.S. fleet of 260 million passenger cars, then improved road quality is even more imperative. However, for most in the know about U.S. roads, the question is not if but how.

28 percent of major U.S. roads are rated 'poor' or in need of a complete rebuild, which translates into about $1.25 million per mile to re-mill and resurface a four-lane road.

Yet the advent of a variety of clever, new and tried and true technologies is causing a massive rethink of the way we manage and maintain roads. First, a growing web of road sensors, in the form of inductive loops, non-intrusive traffic detection devices and video cameras on or along highways and urban streets are collecting vast amounts of data. Second, a far larger tsunami of roadway data is accumulating that will make the data generated data by Facebook, Amazon and Google seem paltry by comparison: This will come from autonomous vehicles.

According to Brian Krzanich, Intel CEO and a leader in the emerging autonomous vehicle space, "Data is truly the new currency of the automotive world. ... In an autonomous car we have to factor in cameras, radar, sonar, GPS and LIDAR … Run those numbers, and each autonomous vehicle will be generating approximately 4,000 GB — or 4 terabytes — of data a day." If in the next few years only 10 percent of the current U.S. passenger fleet became self-driving, then those 26 million vehicles would generate an astounding 38.4 zettabytes of data annually.

To put that number in perspective, one year's data production in this scenario is over eight times the volume of all the world's current data.

That is a lot of data and, in fact, so much so that no single organization of any size on the planet has the capacity to manage and exploit it all. Nevertheless, some have started down this path. For example, Ford is investing $200 million in a new data center in Flat Rock, Michigan to support its own autonomous vehicle efforts. It expects its data storage requirements to grow from 13 petabytes now to over 200 petabytes by 2021.

Others are taking a collaborative approach to the massive data challenge similar to the Star, Oneworld and SkyTeam airline alliances, where competing airlines share complex and expensive infrastructure to lower operating and capital costs which, in turn, lowers ticket prices for all consumers. A wide variety of autonomous vehicle industry players, including automakers, tech companies, equipment manufacturers, governments and civil engineering firms, to name a few, are working together in innovative ways to capture, fuse and use the data that each is collecting separately. A prime example is the mapping company HERE, owned in part by a consortium of the automotive giants Audi, BMW, and Daimler, as well as Intel. One likely and important outcome of this effort will be better roads for everyone.

A wide variety of autonomous vehicle industry players are working together in innovative ways to capture, fuse and use the data that each is collecting separately.

One obvious beneficiary of all of this data will be the roadways themselves, not surprising given that roads and vehicles retain a symbiotic relationship. According to Andrew Ng, one of the world's leading machine learning experts, one of the most important qualities of a roadway — for human and non-human driver alike — is predictability. Ng is adamant that most of the world's roadways simply don't make the grade. "The problem with poorly maintained roads is not only that they're harder to navigate," he asserted in a recent Wired article, "Self-Driving Cars Won't Work Until We Change Our Roads," "but that computers and humans are no longer able to accurately anticipate where others will drive, thus reducing predictability."

The growing autonomous vehicle fleet, together with countless truck and passenger vehicle fleets on the road now, will be instrumental in passively — read: inexpensively — gathering timely, precise and local data that is so essential to better roads. With success, the centuries-old process of manual inspection will be replaced with more cost-effective methods for monitoring roads. While admittedly more technical solutions are available for assessing road surfaces, including inspection vehicles that use combinations of RADAR, high-definition cameras and LiDAR, these methods often come at a steep cost in terms of money and labor, a cost that dramatically limits the frequency of use and, for smaller municipalities, the affordability.

RoadBotics takes the view that still-better-than-good-enough data fidelity, extreme ease of use and vanishingly small implementation cost makes for a powerful tool for roadway managers to use in maintaining a high road surface and roadway quality. "It's cutting-edge technology. This has brought us up to the next level," said Richard Albert, director of public works in North Huntingdon, Pennsylvania.

Still-better-than-good-enough data fidelity, extreme ease of use and vanishingly small implementation cost makes for a powerful tool in maintaining a high road surface and roadway quality.

The RoadBotics approach takes advantage of what is readily available, which includes a smartphone, a smartphone app and a windshield to collect the data. Once the data is collected and sent to the cloud, the data is analyzed using advanced AI technology. RoadBotics then outputs the resulting information on the location, size and type of damage for any defect identified and is reported to a city on an overhead map, using color-coded markers to superficially present the presence and degree of road damage.

Users can drill further into the data, represented by map markers, to better understand their numeric evaluation of the defect, view photographic evidence of it and even override ratings, on occasion and as necessary.

AI technology is all around us, including along the road, and as advances and the familiarity with autonomous vehicles grows, any number of opportunities to improve our roadways will emerge. We need only look at roadways as Caesar Augustus did, as one of our most precious assets, worthy of our greatest efforts. 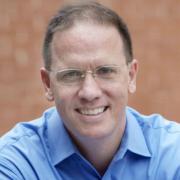 See all by Mark DeSantis