In response to the massive economic contraction stemming from the coronavirus (COVID-19) pandemic, some central banks — including those of the United States, European Union, Japan and other major economies — are engaging in "quantitative easing" (QE) programs on an unprecedented scale. These programs involve large-scale asset purchases, namely central banks buying financial instruments such as government and corporate bonds. The goal is to inject liquidity into financial markets and stimulate economic activity.

As of April 21, the U.S. Federal Reserve was buying about $41 billion in assets daily; together, central banks in the G7 countries purchased about $1.4 trillion in assets as of that date. Depending on how the economic crisis evolves, large-scale purchases may extend into the summer and beyond.

QE generally has been used by central banks when other monetary policy interventions, such as lowering interest rates, are not effective or sufficient. Given the scale of the current economic crisis, monetary authorities are buying more assets, as well as more diverse types of assets, than ever before. For the first time, the U.S. Federal Reserve is buying corporate bonds of specific companies, including bonds that recently slipped below investment grade. This raises important questions about how central banks decide what to buy.

After the Great Recession of 2008, as central banks tried to stabilize the global economy, advocates for climate action called for "green" QE. They argued that central banks should buy only or primarily the bonds (or stocks, in some cases) of companies with low carbon footprints or with clear commitments to reducing their greenhouse gas emissions. That way, the world could confront two challenges at the same time — global recession and climate change. In the end, QE in the 2010s did not consider climate change, and in fact some central banks disproportionately purchased assets from carbon-intensive companies.

This time, large-scale asset purchases are taking place in a very different world from the one of 2008.

All of this does not mean, as some politicians argue, that workers and communities in high-carbon sectors would be left to fend for themselves.

In the intervening decade, we have learned much about the risks of ignoring climate change when making financial decisions. Central banks can make a much stronger argument today for why taking climate change seriously is consistent with their mandates. They have more tools to incorporate climate considerations into their asset purchases. And, even if QE does not move the needle on climate change by itself, there are good reasons to pursue this approach anyway.

Yesterday's green QE — or a version of it — is today's responsible QE, and the most sensible response to the coronavirus pandemic from both an economic and environmental perspective.

How to factor climate change into quantitative easing

At the very least, QE programs should not invest disproportionately ("overweight," in investor jargon) in fossil fuels and other high-carbon sectors, as in past European purchases. Doing so may artificially suppress the cost of capital for these companies, which promotes more debt issuance by those sectors relative to low-carbon ones. That raises the risk of locking in high-carbon technologies for too long.

Central banks should avoid purchasing corporate debt from emissions-intensive sectors that were not rated investment grade by at least two of the big three credit rating agencies (S&P, Moody's and Fitch) before the current crisis began. This would avoid a situation where QE props up companies that were struggling even before the pandemic struck.

Instead, responsible QE should support companies that will thrive in a low-carbon, resilient future. QE programs should more selectively purchase corporate debt from companies whose emissions are already aligned with Paris Agreement goals or that have set (or commit to setting) targets for reducing their greenhouse gas emissions in line with climate science — as 841 companies have done with the Science Based Targets initiative.

Another example is the We Mean Business coalition, which identifies nearly 2,000 companies — over 220 of them in the United States — taking bold climate action. These are the types of companies toward which QE purchases could tilt.

All of this does not mean, as some politicians argue, that workers and communities in high-carbon sectors would be left to fend for themselves. Those workers and communities should receive swift and direct support through fiscal measures both during and after the pandemic. Measures such as workforce retraining and guarantees of generous health and pension benefits for retired union coal miners should be part of a just transition package to facilitate the transition to a low-carbon economy.

Pushing back on outdated critiques

1. 'Sustainable investing is not the job of central banks'

Compared to 2008, financial regulators today have a much keener understanding that climate change poses risks to financial and macroeconomic stability. Risks stem from environmental impacts on people and assets, as well as from regulatory and market changes associated with the shift toward a low-carbon economy. This recognition led the Financial Stability Board — a key group of financial regulators from the world's largest economies, including the United States — to launch the Task Force on Climate-related Financial Disclosures in 2015 and call for better measurement, management and disclosure of those risks in mainstream financial filings.

In fact, many central banks take climate change seriously as a source of financial risk. In its first progress report in 2018, the Central Banks and Supervisors Network for Greening the Financial System acknowledged that "climate change will affect the global economy and so the financial system that supports it."

While not all banks have financial stability in their mandates, central banks' monetary policy mandates usually include price and macroeconomic stability, and potentially also maintaining full employment or supporting broader economic policies. Central banks will find it harder to achieve these objectives if they don't consider the far-reaching impacts of climate change.

To be sure, responsible QE involves analyzing sustainability factors before deciding what to buy. In contrast to 2008, central bankers have a plethora of tools to overcome this challenge. For example:

But are there enough high-quality "green" assets to buy? Not if central banks resort only to niche markets for green products, such as the market for corporate green bonds, which remains small relative to central banks' purchasing needs.

Central banks also should go to the much larger universe of corporate fixed income, including plain-vanilla bonds issued by companies that integrate climate change considerations into their business. The tools above can help identify suitable investments in this broader universe.

For QE programs that involve purchasing corporate debt through exchange-traded funds (ETFs), such as the one the U.S. Federal Reserve hired BlackRock to run, this is admittedly more complicated.

If central bankers signal clearly that they are on the market for corporate debt ETFs that take climate change into account, then asset managers will be motivated to create new products or tailor existing ones accordingly. To avoid missing the current round of QE, central banks and asset managers must move quickly in this direction.

3. 'Sustainable quantitative easing will not have a significant impact in reducing climate change'

Some have argued that even if QE was undertaken to support sustainable investments, it would not have a meaningful impact on climate change. Indeed, it's still up for debate whether QE corporate debt purchases lower corporate bond yields enough to help companies access capital more easily than they would without QE. There are also concerns about central bank money piling into industries less affected by the economic crisis, thereby pushing out private investors. In fact, the companies least in need of QE assistance may be those that have stronger ESG policies and practices and are therefore able to attract private sector capital more easily during this volatile period.

Case in point: ESG investment products are outperforming the market during the COVID-19 crisis.

Still, responsible QE is worth undertaking, not just to manage better the climate risk borne by central banks themselves, but also to set the example for other financial market participants, pushing them to embrace the same practices across the board and ultimately producing change on a system-wide scale. Central banks and other financial regulators have been encouraging financial institutions to take climate risk seriously and investors to consider climate change when making investment decisions.

Now it's time to practice what they preach as they buy trillions of dollars' worth of assets. In so doing, central banks' demand likely will encourage more sustainable assets to come into the market, expanding the universe of "green" assets. And most important, encouraging other financial players to embrace climate-responsible investment behavior will promote the flow of capital to sustainable activities.

Taking climate change-related risks and opportunities into account for QE corporate debt purchases not only would be financially prudent, but it also could help unlock growth and deliver a strong, sustainable, inclusive economy — for example, by supporting economic diversification and the delivery of quality jobs. The case for climate action by governments is strong. A report by the Global Commission on the Economy and Climate found that bold climate action could deliver economic benefits of $26 trillion between 2018 and 2030.

The structure of stimulus programs today will shape our economies for decades to come. When we come out of this, we want to be facing a better future rather than the brink of another crisis. 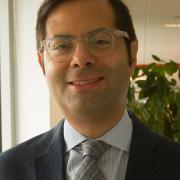 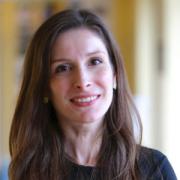 These key investments can build resilience to pandemics and climate change

Why the U.S. must show up for global climate finance

See all by Leonardo Martinez-Diaz