The Economic Risks of a Water Constrained World

By Beatriz Perez and Mindy Lubber

The economic slump still with us after several punishing years is largely rooted in living beyond our means -- too much spending and not enough money in the bank to cover people's expectations for the future.

Tackling this disconnect is a well-worn battle cry by now in the financial markets. But it is also taking root in a far more precious and increasingly-scarce resource: fresh water. If investors and companies do not plan for this already unfolding global threat, they are as vulnerable as overextended banks were when subprime mortgages and housing markets collapsed.

• In a recent survey backed by 354 institutional investors, 59 percent of the 100-plus largest global corporations report exposure to water-related risks, with over a third already suffering financial impacts.

• A recent study led by McKinsey and the World Bank projects that by 2030 world water demand will outpace supply by 40 percent under a business-as-usual scenario.

Business as usual is already changing in significant ways for companies like Coca-Cola, which knows full well that a lack of sustainable water supplies is the ultimate show-stopper. With some 900 bottling facilities worldwide, Coca-Cola and its bottling partners depended on 295 billion liters of water in 2010 to drive $100 billion in revenues.

To put that in perspective, it's less than half what the city of Atlanta used last year. Yet beverage companies are a relatively small example of water-dependent industries. From farms to power plants, mining to microprocessors, water is indispensable.

But many in the private sector continue valuing water under stale assumptions: It's seen as cheap, stable and uncontested when increasingly it's none of those.

Let's start with cheap. We often fail to appreciate water's value until it's gone, or polluted. Why? In much of the U.S. and the world, the water bill is a tiny portion of a company's total costs. If companies and their investors use only that price signal, it means missing the hidden risks of business interruption from a lack of clean water and the increased capital costs of replacing it.

And stable? Unfortunately, extreme weather trends are taking the water picture in highly unpredictable directions. With truly global exposure, Coca-Cola is in some ways the canary in the coal mine here. From Texas to Thailand, Coca-Cola's plants are contending with "100-year" droughts and floods with growing frequency.

In addition, demographic trends and economic growth mean water rights are increasingly contested. Coca-Cola and others in the industry have learned this the hard way in countries like India, where beverage plants are sometimes seen as competing with other, often much larger water users such as agriculture.

So the paradigm of cheap, stable and uncontested, and the actions it informs, must change. The business community is starting to realize this, with companies ranging from Ford Motor to Levi Strauss to IBM seeing the need and seizing the opportunity to act. Institutional investors from the Norwegian sovereign wealth fund to the California State Teachers' Retirement System are also waking up to the issue, asking companies in their investment portfolios to better manage water risks.

A cutting-edge new tool, the Aqua Gauge, will help these investors, and companies as well, better manage water risks. Developed in collaboration with the World Business Council, the IRRC Institute and investors managing over $2 trillion in assets, the comprehensive evaluation tool outlines detailed steps for effective water risk management. It's backed by some of the world's largest institutional investors, plus many Fortune 500 companies, that see it as a key risk-management tool going forward.

The Aqua Gauge emphasizes that water resources are valuable, increasingly dynamic, and must be managed and protected through stakeholder collaboration. Investors can use the tool to evaluate water risks in their portfolios, and companies as a roadmap to navigating a water-constrained world.

For Coca-Cola, that roadmap entails meeting its goal to safely return to nature and communities an amount of water equivalent to what it uses in all its beverages and their production by 2020.

Ultimately, water is a common good, in whose management governments play a significant role. With climate change driving much of the water crisis, it's imperative that governments move the ball forward on addressing the warming of our planet, and meaningfully. 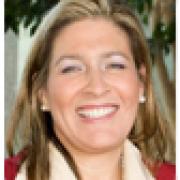 See all by Beatriz Perez and Mindy Lubber