The first rule of marketing is don’t market to yourself. Yet, it never ceases to amaze me how often sustainability and recycling experts fall into the trap of talking to themselves.

We hear it all the time: “If customers only knew that my product was the greener choice, they would buy it. So, let's put some flowers on the package and call it eco. Send the designers home for the day. Problem solved, right?

Not quite. This trap causes us to be lazy and ineffective marketers. We think a "green" attribute will trump what we know about human behavior.

Here’s the hard truth: Most people won't sacrifice for sustainability. Choices need to at least be equal on price, convenience, and quality before sustainability becomes a tiebreaker.

Solely providing more them with information about what to do to make a greener choice, just doesn’t work. I wish it did, believe me. It would make my job significantly easier. We need to be better than flower imagery and eco!

But, we can't give up that easily because customers are key to our salvation.  We need them to engage or we will never achieve the sustainability impact or goals we aspire to. So, what can we do?

Instead of just educating, the one thing we should focus on is to "make it easier." Convenience is a top behavior driver — especially in America. After all, we invented the couch potato.

Simplify is what Walmart.com tried to do with the Sustainability Leaders Shop: Let’s take the complexity out of sustainability for people.  Nobody has time to decipher the difference between organic or fair trade or whatever certification appears on the package.

This idea of convenience has caused some major issues in the recycling industry. As recycling took off, recycling rates reached a whopping 10.1 percent in 1985 and by the 1990s the country was introduced to single-stream.  The idea was that if you put big recycling bins in front of every house that take all recyclables (no longer requiring people to sort on their own in what’s called dual-stream), they will participate.

It’s certainly easier to blame the customer for these problems. But the reality is that brands can make their packaging more recyclable and recycling companies can improve their recycling technology.

The challenge, however, is that contamination has increased and the quality of the recycled materials has gone down, making the material harder to sell and less valuable.

I recently received an email from a passionate advocate for dual-stream recycling. “Single stream is a waste of everybody’s time,” he said, citing his community’s successful dual-stream program as proof. Of course, he noted that they’ve been educating citizens about how to do it for 30 years.

Well, if you have 30 years to build a successful program, then that might be an option. But considering the pressures of 2015, convenience is king. Education is great and communicating the “how” is important, but it’s not a behavior driver.

It’s certainly easier to blame the customer for these problems (“If they only knew…”). But the reality is that brands can make their packaging more recyclable and recycling companies can improve their recycling technology.

And I’d rather try to influence 1,000 companies over 500 million people any day. 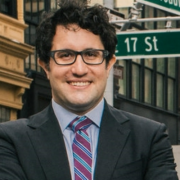 Why the sudden interest in ocean plastic?

What role do incubators play in the clean economy?

This is an incredible opportunity to make an impact on plastic

Think ahead to this $2 trillion opportunity

See all by Rob Kaplan