The Eight Biggest Myths about Sustainability in Business

In our research, and in engagements with dozens of Fortune 1000 companies, we are sometimes surprised at the reluctance to pursue environmental sustainability initiatives, because of misconceptions about their cost or benefits. But we have also seen how some companies have embraced sustainability whole-heartedly, and are profiting from it.

As a way of helping to get every company on the journey to sustainability, here are some of the most common myths we have heard from otherwise successful companies. As surprising as some of these might sound -- like the idea that there is no money to be had from sustainability efforts -- these ideas persist in companies large and small and in any industry.

1. It's a cost and we can't afford it right now

Sustainability should be considered not just because it is the right thing to do, but also because it makes business sense. If an initiative cannot be justified from a strategic, financial, operational, marketing, or employee recruitment/retention perspective, don't do it. But we have found that in almost every corner of an organization there is a fundamental business reason for being more sustainable.

As Richard Goode, Director of Sustainability at Alcatel-Lucent told us recently, "In good times, sustainability can be a competitive differentiator, in lean times, it's a defensive strategy, and in really hard times, it can determine your survival." Xerox CEO Ann Mulcahey shares this view saying that being "a good corporate citizen" saved the company from bankruptcy. Refer to Myth #3 to see how companies have made money from their sustainability investments.

2. It requires lots of staff

A related myth is that sustainability efforts require a big centralized staff to drive and support. In fact, we have found the opposite to be true. At most of the leading companies we have researched, the sustainability team staff size ranged between one and four employees, even at companies as large as AT&T.

The role of these groups is to work with the various functions across the organization and with senior executives, to develop a strategy, formulate goals, co-ordinate activities and report on progress. Many of the heads of sustainability we spoke with us told us that in the ideal world there wouldn't even be a need for such a group, as sustainability would be integrated into every facet of the company's operations and products. But until business reaches this ideal state, a small, centralized staff will continue to be necessary.

3. There's no money to be made from sustainability

Sustainability offers innovative firms opportunities for both top and bottom line benefits. New companies and brands have been created that are entirely green-focused, such as Seventh Generation, Clorox's GreenWorks, and Motorola's Renew mobile phones.

Not only are these brands bringing in millions in revenues, they are also enhancing the brand image of their parent companies. P&G has gone so far as to say that they will generate $50 billion (yes, with a B) in cumulative sales from "sustainable innovation products" in a five-year period ending in 2012.

In addition, many companies have found they can resell used products and materials that were formerly considered waste. When Verizon focused on creating more sustainable operations, the company generated $27 million by sorting out and selling recyclable materials from its waste stream, while also saving over a million dollars in waste removal costs.

Here are some additional examples:

• Johnson & Johnson has undertaken 80 sustainability projects since 2005 and achieved $187 million in savings with an ROI of nearly 19 percent, and rising.
• CocaCola states that they generate a 20 percent IRR on their investments in energy savings initiatives.
• Diversey, a leading B2B global provider of commercial cleaning and hygiene solutions states that for every $1 they invested in 2008 they expect to recoup $2 in 5 years.

4. It's just for big companies

From our experience working on sustainability with large and small companies, we can tell you without hesitation that the size of the company makes little difference. Leading sustainability companies we have studied are as small as Numi Organic Tea (revenues approaching $15 million), and as large as Hewlett-Packard (revenues of $110 billion). If anything, smaller companies have an advantage because their competitiveness often depends on being lean, resourceful, and nimble, which sustainability enables.

Ahmed Rahim, CEO of Numi Organic Tea tells us that every facet of the company's operations and choices in its products, and every employee at the company, has sustainability in mind in their work decisions and personal life. The company prides itself on using 100 percent biodegradable or recyclable packaging materials, and has won the WRAP award (Waste Reduction Award Program) 4 out of the last 5 years from the state of California. In fact, it was recognized as one of the top 5 companies in the state for the waste-reduction initiatives it takes in managing and operating its business. Sustainability is integrated in every decision made at NUMI.

Bonnie Nixon, Director of Environmental Sustainability at HP, says that her company's size has little to do with it being a leading sustainability company. From its early days, founders Hewlett and Packard were at the forefront of making HP think sustainably, and the idea has stayed with the organization over several decades.

Bigger companies do have an advantage when it comes to influencing their supply chain to be sustainable (Walmart and P&G are prime examples), and in influencing policy at the government level, but smaller companies can be just as effective, if not more so, at almost everything else.

5. It's mostly for B2C companies

We are constantly amazed when management teams tell us that because theirs is a B2B company, being sustainable somehow doesn't matter, since their customers are not "consumers." First, there are opportunities to have a direct impact on costs as discussed above. Danny Wong, Director of Sustainability at Avery Dennison (primarily a B2B company), told us that the energy savings alone justified their investments in sustainability, which was "a pleasant surprise".

But beyond that, who makes purchase decisions at companies? No points for the right answer. We are hearing from an increasing number of large B2B companies that their customers and prospects are asking about their sustainability efforts in RFPs. One B2B software firm goes so far as to put it explicitly in their purchase criteria that preference will be given to sustainable organizations.

A major telecom manufacturer told us that in 2007, there were 50 RFPs (out of about 400) requesting information on the company's sustainability initiatives. In 2008 that number was 125, and in 2009, it is on track to be over 200! Many customers care whom they buy from, whether they are consumers or multi-billion-dollar corporations.

6. If we make claims about sustainability, we'll be accused of greenwashing

While there are some companies that can be rightly accused of greenwashing, we believe that for many others, the fear of being tarnished this way is greatly overblown.
{related_content}
These companies are working diligently to improve their carbon impact, without a lot of fanfare. Companies that set meaningful goals, and achieve them, have every right to tout their successes.

But transparency becomes an important element in this process not just for achievements, but also for failures. There is nothing better for building the credibility of your success like admitting to your failures. And as the next item illustrates, partnering with NGOs can help build credibility about some of the claims.

7. NGOs are our adversaries

Many companies think of NGOs as adversaries, and are quite content if they are not approached by them. We believe this is a missed opportunity to benefit from their expertise in material sourcing, water treatment and a host of other issues. Organizations like WWF and Conservation International serve as partners to advance many leading companies' sustainability efforts.

Bonnie Nixon said that HP realized many years ago that an adversarial relationship was counterproductive and now partners with several NGOs.

Suzanne Apple, Vice President & Managing Director, Business and Industry at WWF told us that she welcomes the opportunity to work with business in a "win-win" mode, citing Coca-Cola as an example where WWF helps the company meet its water needs while conserving freshwater globally.

8. We don't have to worry about the supply chain because we don't make things

Some companies we have worked with claim that because they don't make things, they don't buy much, and hence don't have much of a carbon footprint. Or that their products don't consume much energy, so their Scope 3 environmental impacts are minimal.

Walmart is a prime example of a company that doesn't make things, yet is developing a supplier index for its tens of thousands of suppliers to measure the carbon impact from the things they sell to the company.

Looking under the covers at a large software company, we found that it spends billions of dollars on its suppliers, on everything from computers to office supplies to utilities. This company aspires to be a leader in sustainability, yet has largely ignored the supply chain because it thinks it's not significant to their sustainability goals. We disagree. With their purchasing power, they have a tremendous opportunity to influence the supply chain and reduce their (indirect) environmental impact.

These are just some of the many myths that we have seen in the course of our work with companies large and small. As with these eight, there is plenty of evidence to dispel the other myths out there, but the final lesson is a simple one: Companies that choose to turn a blind eye to the benefits from becoming more sustainable are putting themselves at an immediate competitive disadvantage, and quite possibly set themselves up as targets for regulation in the long run.

Vijay Kanal, CMC, is Founder and Chief Consultant at Kanal Consulting. He has over 20 years global experience as a corporate executive and consultant. In his current role, he is an advisor to senior management on strategy, marketing, and sustainability, in several industries. He welcomes your thoughts at [email protected]. 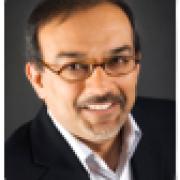 Just How Important is the CEO to Sustainability?

Five Stages on the Sustainability Journey

See all by Vijay Kanal