While Best Buy is often associated with sales of televisions, computers and other watt-sucking devices, it will soon introduce a new electric-powered product they hope will zoom off the show room floor.
&nbsp
The Wall Street Journal reports that the electronics retailer will soon roll out electric vehicles, including the Brammo Enertia, an all-electric motorcycle that retails for just less than $12,000. Best Buy has also sold electric bicycles and Segways in 19 stores across the Pacific coast, according to the Journal.

"It is throttling up the venture this summer with the introduction of the Brammo Enertia, a futuristic electric motorcycle that can travel 45 miles at speeds of up to 50 miles per hour and plugs into a standard wall outlet. Best Buy wouldn't disclose when it will begin selling the motorcycle, but Brammo Inc. representatives said it would debut in a Portland store this month."

"Industry experts say that electric vehicles won't be a cash cow for Best Buy anytime soon. But many concur that the investment could prove wise over time, noting that Best Buy has a history of sharp turns that have kept it ahead of competitors," noting that it isn't completely far-fetched to envision electric vehicles plugged in at home and networked to a larger grid.

(As Joel Makower wrote last week, Best Buy is bullish on the smart grid, one component of which would connect electric and hybrid-electric cars to the power grid, giving them power when the grid is under load capacity, and taking power when it's nearing capacity.)

Perhaps this isn't really a signal that electronics consumers are scrambling to buy electric vehicles when they purchase a new TV or camcorder. As the article suggests, it could be a way to fill empty space in stores, and an attempt to go out on a limb on what might put the store ahead of the curve.

However, a representative from the company said the introduction of electric-powered personal vehicles is a test, "designed to determine consumer likelihood for adoption."

Kelly Groehler, a spokesperson for Best Buy continued, "You see the popularity with personal transportation options that are more cost effective and energy efficient," and the West Coast was a good place to begin the test.

And if buying a green vehicle at Best Buy isn't exciting enough, those lucky enough to live in Cary, N.C. will soon be able to plug in those electric vehicles at a new charging station at McDonald's. That's right, the fast food monger will try to green its image when it opens its new store on July 14, reports the blog HybridCars.com.

"The installation of the first plug-in car charging station at a McDonald’s is an example of the rapid dramatic shift in public sentiment about cars, energy and the environment—or at least public relations efforts catering to green-oriented consumers—and is seen as a sign of the potential widespread adoption of cars that can be powered by electricity," HybridCars.com reports.

Ric Richards, the franchise owner of the new store said in an email message that he wants to encourage the customers who are interested in creating a better environment.

"We want to reward those folks who already drive electric-powered vehicles with the most convenient parking spaces and charge stations at the new Green McDonald’s," adding that there will also be preferred parking spaces for other fuel efficient vehicles.

"We hope these measures will encourage others to consider purchasing these environment-friendly vehicles," Richards continued. "These measures were just one more feature we could add to our eco-friendly McDonald’s."

Fervently criticized by environmental groups for destruction of rainforest in Brazil for large-scale cattle production, among other eco-sins, the corporation has made incremental improvements over the years.

For example, in 2007 Treehugger reported that McDonald's is working with Rainforest Alliance to serve sustainable coffee at all its stores in the UK and in Ireland -- the non-profit certifies that the land on which the coffee was grown is maintained in a sustainable manner.

The EV charging station is not the only green thing about this new Mickey D's -- the company reports the new store is LEED Gold certified, which includes energy efficient lighting and water-saving devices, and recycled construction materials. And according to statement by the corporation, the Cary store is the third "green" store in the U.S.

And while these two bits may not signal a radical shift in the way individuals transport and fuel (or charge) our vehicles, the fact that mainstream companies are introducing these new technologies is significant.

Rather than being relegated to what some consider to be an elite, niche market, electric vehicles -- and the necessary infrastructure to support them -- are appearing in unlikely places that are accessible to a mass market.

Who knows what's next? Biodiesel pumps at Burger King, made from oil recycled on-site?

Images courtesy of Enertia and McDonald's; photo illustration by GreenBiz.com 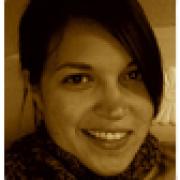