Electric Vehicles May Fail to Achieve Mass Adoption Without Support

By Matt Mattila and Jenn Wilson

When President Obama announced his commitment to increase America’s fuel-economy standards to an average of 35.5 miles per gallon by 2016, a collection of stakeholders who historically have not shared a unified vision stood behind him. Today, these automotive executives, elected officials, environmental leaders, union representatives and others largely support a new, fuel-efficient direction for the United States transportation industry.

The Obama Administration has set a goal of putting 1 million plug-in hybrid electric cars on the road by 2015 and the ARRA stimulus funding puts substantial resources behind it. Still, significant work remains to be done. To put the challenge before us in perspective, 1 million vehicles represents less than one half of one percent of vehicles on the road today.

Inertia: Why Pour Billions Into a Product with Unproved Demand?

Domestic automakers understand that the government wants them to produce more electric vehicles, but capital is hard to come by when you're either bankrupt or close to it and operating in a depressed economy. Before an auto company takes the risk of retooling its factories and hiring or retraining its staff on a large scale, it needs to be convinced that there will be a market for its product.

Projections developed by Rocky Mountain Institute using the Bass Diffusion Model -- one of the most widely accepted models for the S-curve technology diffusion path -- suggest that large numbers of early adopters must not only purchase the vehicles but be so satisfied with their new cars that they encourage others to invest as well (see the blue curve below). For this to happen, plug-in vehicles must move beyond their current niche status, and we need to be prepared to support them before they roll out in significant quantities.

Reaching higher trajectories of market adoption won’t be easy. Stakeholders will need to overcome high initial costs for consumers, deploy charging infrastructure cost-effectively, ensure vehicles are charging at the right times to avoid overloading the electricity grid, confront hesitations surrounding battery durability, and educate consumers so they understand how plug-ins work. And to cap it off, a series of representatives from the public and private sectors need to be a part of any solution set to ensure adoption.

How can a local government or business put money on the table to overcome these challenges when they have little faith the auto industry will produce enough electric vehicles or consumers will buy them?

The Answer to This Puzzle Lies With City Leaders

Regional leaders have the power to support and encourage demand for technology providers by establishing appropriate policies, investing in supporting infrastructure, and educating local citizens. In return, proactive cities and communities should be first in line for plug-in vehicles as they become available and will be viewed as leaders in environmental stewardship while encouraging economic development

To prepare forward-looking cities for the advent of electric vehicles -- and to help create and identify the market automakers seek -- Rocky Mountain Institute has launched an initiative called Project Get Ready. Working with technical advisers and city leaders, we’ve identified common actions that can greatly speed along the process of welcoming plug-ins at a community level.

These include, for example, bundling local monetary incentives and educational material at car dealerships so that consumers can benefit from a "one -stop-shop."

Ultimately, it's quite inefficient if every city individually grapples with getting electric vehicles on the road.

A handful of cities like Portland, Indianapolis, Denver and Raleigh are taking huge steps forward to welcome plug-in vehicles. They're setting up charging stations, creating monetary incentives, putting together marketing campaigns to showcase plug-in perks, and designing university programs, among other actions.

We're also developing a rating system to compare the readiness of leading cities, thereby encouraging competition and providing automakers with a neutral assessment of where plug-ins are likely to succeed.

This time around, the investment in electric vehicles -- from government and business alike -- cannot afford to be wasted. Any major snafu could knock plug-in vehicles off of a mass adoption trajectory. On the other hand, establishing a market for EVs could ultimately come down to better collaboration and increased information flow.

To learn more about Project Get Ready and how to get involved email [email protected] or visit www.projectgetready.com.

Matt Mattila is a consultant at the Rocky Mountain Institute, and Jenn Wilson is an intern with the MOVE Team at RMI. 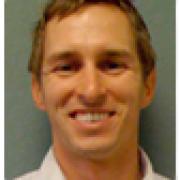 See all by Matt Mattila and Jenn Wilson