From dozens of conversations about electric power generation and delivery at VERGE 16, it's clear this century-old industry is being turned upside down.

Electric power today is not like your grandmother’s electricity.

Although many utilities have been around 50 to 100 years and few of their business models have changed much in that time, disruptive change is here — and accelerating.

"We are sitting on the cusp of major transformation," said Maryrose Sylvester, president and CEO of Current, by GE, speaking at VERGE 16. As a spinoff of a 124-year-old energy equipment company, Current’s very existence speaks to the change underway: It is involved in distributed energy and Internet of Things enabled energy efficiency.

Electric power generated from clean, renewable sources; power delivery that’s integrated with Internet of Things connectivity to customers’ specific electricity needs; distributed, independently operating microgrid generators that can exist in the remotest places on earth; a focus on energy efficiency and using less energy; a consciousness of energy inequities both in who has access to renewables and who has suffered energy pollution. These are just some of the big changes in electric power underscored in a dozen or more conversations at VERGE 16. 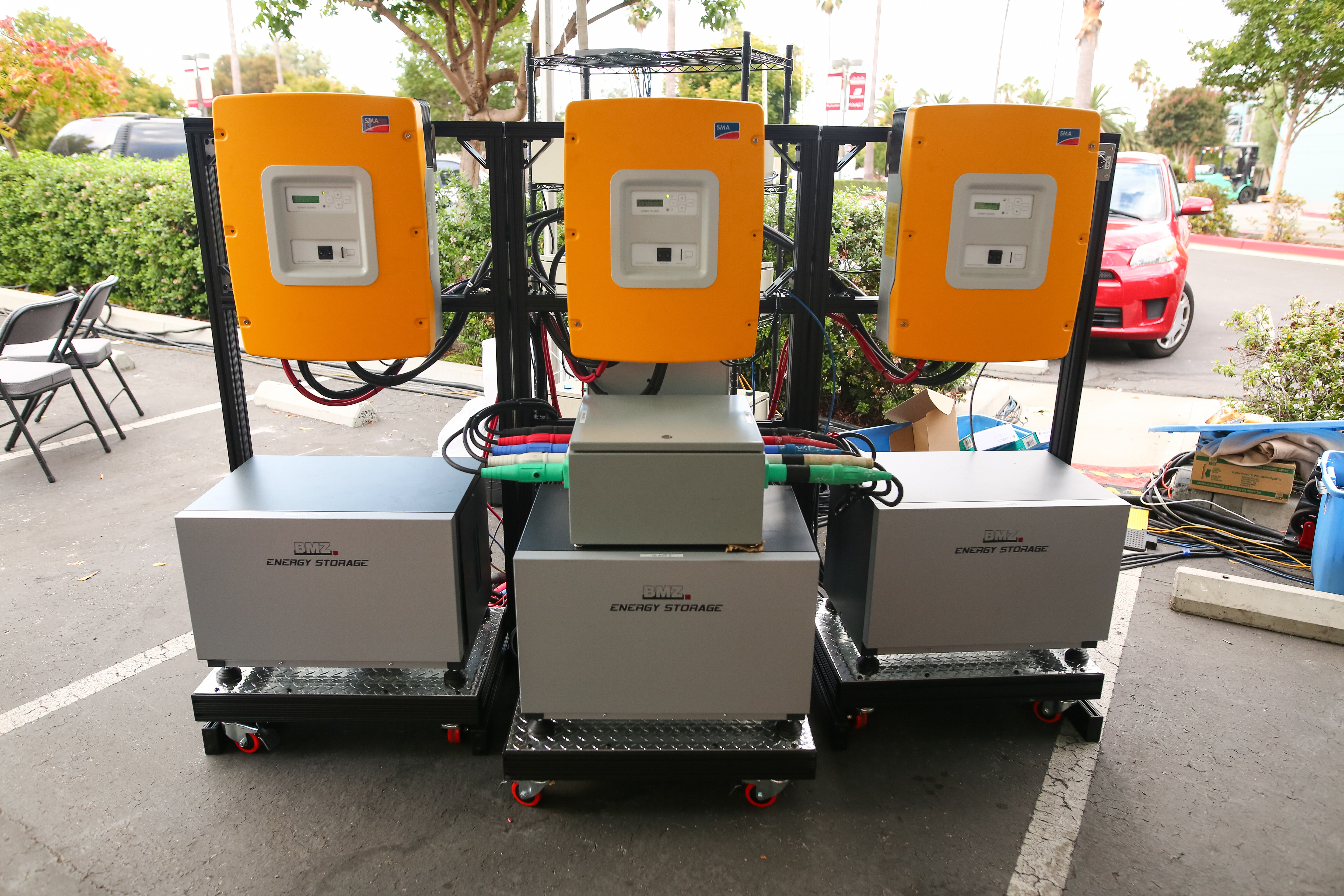 Consider this: "Microsoft literally uses as much energy as the state of Alaska, and within decades we’ll use as much energy as a country," said Rob Bernard, chief environmental strategist at Microsoft. That means the software giant has decided it has a rightful place — and responsibility — to be at the table carving the globe's energy future.

"As we are building out the Internet with several thousand data centers, (Microsoft is focused on) how do we drive new, clean energy generation," Bernard said. It already gets 40 percent of its power from renewable sources.

Or consider this: The U.S. Department of Energy is investing $2 billion annually in clean energy innovation — more than any other investor — and producing an average 20 percent annual return-on-investment for taxpayers.

The transformation to clean energy will be a multi-trillion business opportunity.

"So, ask yourself, do you want a piece of the pie? You can make a choice to invest in the future of the clean energy revolution, where companies are making more money off the solutions than the problems," he said to the audience of 1,500 tech innovators, investors, NGO leaders, students and sustainability professionals.

These statistics describe the disruption underway: Since 2008, according to DOE:

Crumbling in the disruptive energy market underway are the arguments against renewables.

"We’re often told that only coal and nuclear can keep the power on 24-7 because they are the only reliable (energy sources). Yet variable renewables can be forecasted," Lovins said.

"We built the grid because no generation is 24-7. Things often break. The grid manages intermittencies by balancing non-working plants with working plants. The same can happen if integrated, forecasted and diversified renewables come onto the grid."

In an orchestra, no one instrument is played all the time, but the ensemble plays music continually.

"In an orchestra, no one instrument is played all the time, but the ensemble plays music continually," Lovins said, adding that so too in an integrated diversified grid, different renewables can contribute to generation at different times. 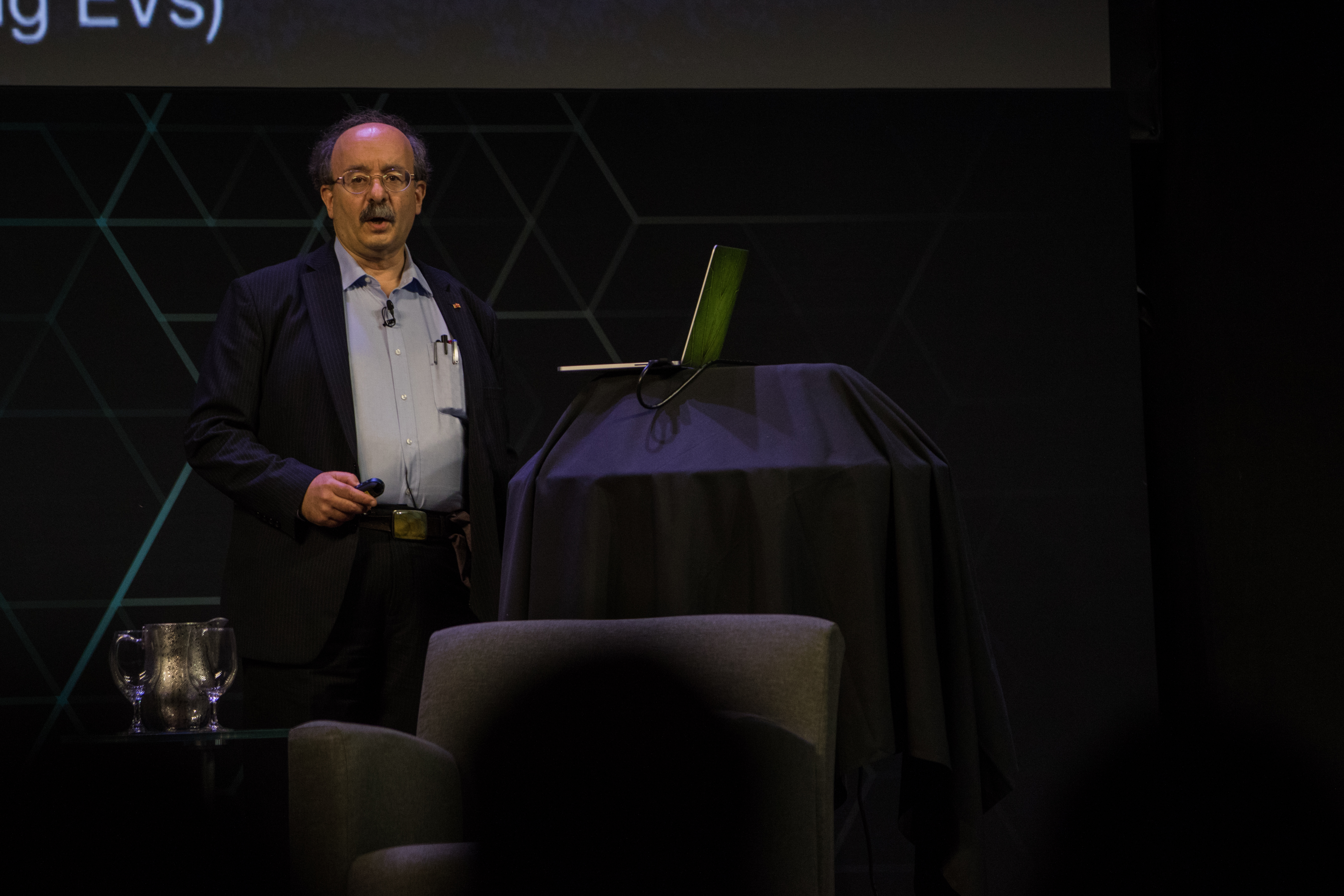 As transformation brings renewable energy into the mainstream, efforts are underway to correct the energy and pollution inequities that persist. Coal plants often have been situated in lower-income neighborhoods, which means the pollution of coal emissions hits disproportionately. Solar, for all its promises, is a harder acquisition for low-income households because of upfront costs or leasing criteria.

But community solar  — in which entire neighborhoods, for example, or all the occupants of an apartment building share in the costs of installing a solar array — is changing that and increasing access to solar energy.

Kimberly Lewis, senior vice president at the U.S. Green Building Council in charge of community advancement, said "The environmental justice movement is no different than the social justice movement," and will take people with intention to achieve its goals.

Electric utility companies themselves understand the industry is in the midst of big change.

NRG Energy’s Rob Gaudette, senior vice president of business solutions, said his industry used to be in the business of making kilowatt hours of electric power: "You turn the lights on and then you pay us" for the kilowatt hours used in doing so. Traditionally, the customer hasn't had much say in the price of that kilowatt hour or how it was delivered.

But that's changed, and so have some utilities' approach to customers.

"You start with what the customer wants, instead of saying I have this silver bullet.  We start with your goals, what are you trying to do in five years, 10 years, what are your circumstances," he said. "When building relationships, it’s about how do you use electricity — because a hospital’s needs are very different than a factory’s."

It's all in knowing that most commercial customers — and many residential ones — could forego the electric utility altogether and do its own power generation or enter a power purchase agreements with a solar farm or wind company.

One needed only to take a close look at the microgrid powering the VERGE16 Interconnect Expo. Power generated from a solar array of 18 panels is integrated with power from six wind microturbines, a biomass digester, a biofuels generator and several storage batteries to produce more than enough electricity to keep the lights on and the computers humming in the giant hall. 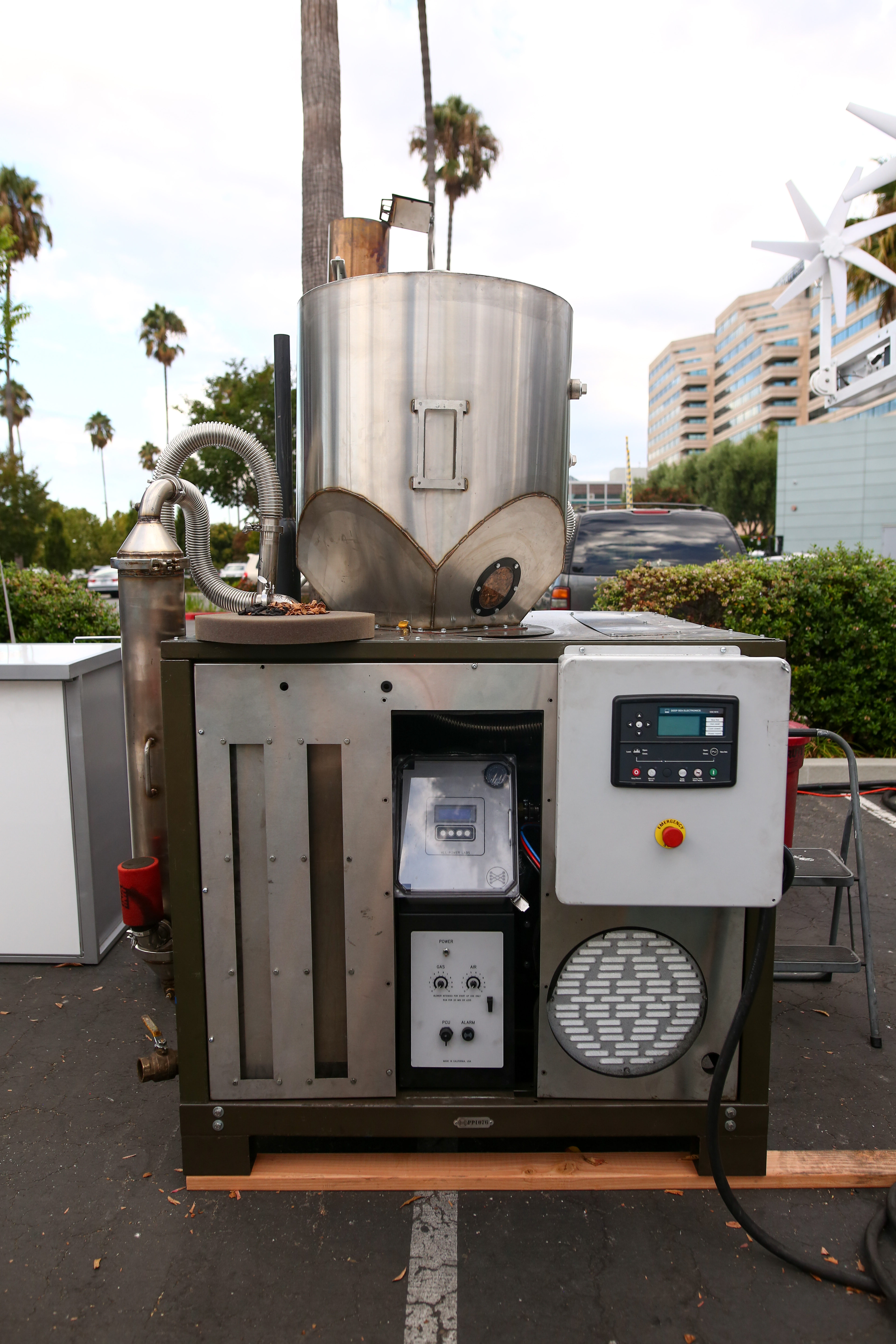 The various generation assets are integrated by power management software built by Spirae, which also hooked up inverter boxes and storage.

Microgrids like this are powering universities around the U.S. as well as towns, hospitals and even remote villages in the developing world.

One prediction posited this week: that distributed energy systems like these could grow to account for 16 to 20 percent of global energy generation by 2035.

Opportunities exist for most every player in the electric power world. But sometimes they are unrecognizable by those right in front of it.

"Why is it that electric utility companies are not clamoring to sell electric vehicles?" asked Jigar Shah, president and founder of Generate Capital, who also founded and previously led as CEO of SunEdison. Electric vehicles can double as energy storage because of their batteries.

"The fact that the battery is worth three times more to the utility than to the customer" seems to be lost on most of the industry, Shah said. "At some point we must ask, why don’t you want to grow?"

The opportunity is understanding that this is really about building new systems.

Disruptive players are going after that growth. Direct Energy merged with Internet of Things company Panoramic Power in the past year and now the combined company sells electricity plans with IoT solutions for how to manage power and control it. According to Safi Oranski, vice president of business development and IoT, that's worked out very well for the company.

"What is interesting in this dynamic is how quickly things are shifting," said Joel Makower, GreenBiz Group chairman and executive editor. "The opportunity is understanding that this is really about building new systems more than just plugging in power."