The elephant in the room for corporate emissions goals

Amid the celebrations following the successful outcome of the Paris climate talks, a few sustainability commentators had words of caution: The Paris Agreement was not an end in itself, but merely marks the start of the hard work of tackling climate change.

Nowhere is this truer than in the contribution of big business to mitigating global warming.

The run-up to COP21 prompted an unprecedented wave of corporate commitments and collaborations to cut emissions. The NAZCA database launched by the United Nations in 2014 to track commitments to climate action by companies, cities, subnational regions and investors was tracking more than 2,000 individual corporate climate goals by late January.

But analysis carried out by ClimateWorks, a global philanthropy-focused NGO, found that almost all of the recent COP21 related commitments from 65 of the world’s biggest businesses do not explicitly address the vast majority of emissions for which the companies involved are responsible.

According to figures from CDP, the London-based investor-backed environmental disclosure campaign, upstream or so-called "Scope 3" emissions are, on average, twice that (PDF) of a company’s operational emissions. That figure rises to around seven times for retailers and other consumer-facing companies.

The excuse we’ve been hearing from companies for a long time is that they’ve really felt their responsibility stops at the factory gate.

However, of the 65 corporate commitments analyzed by ClimateWorks, only four companies — just 6 percent — had explicit emissions, renewable energy or energy efficiency targets covering energy in their supply chains.

"The excuse we’ve been hearing from companies for a long time is that they’ve really felt their responsibility stops at the factory gate," said Michael Marx, executive director of Corporate Ethics International, which is working alongside ClimateWorks on a campaign to encourage companies to address the climate impact of their supply chains. "In fact, their responsibility starts the moment that the raw material that is ultimately used to make their product is extracted from the ground."

"There’s been a steady outsourcing of manufacturing and, as a consequence, of emissions over the last couple of decades," Galvin said. "Outsourcing companies have benefited financially and in terms of the management of their direct emissions. But companies need to take full responsibility for the impact of their purchases."

For Carl Pope, former executive director of conservation group the Sierra Club, this ducking of corporate responsibility is a direct consequence of the creation of opaque, shallow and transient global supply chains, where the buyer has no obligation to the supplier, but equally cannot impose obligations such as improved environmental performance.

Consumer education is the key to changing corporate behavior, Pope said: "We need to educate consumers to understand that you can’t have a quality product without a transparent supply chain. … In a world of brand value, you can do that."

Galvin points to a supply chain campaign initiated by Walmart and Patagonia to improve conditions in the apparel sector as one positive example.

"Look at the clothing industry, and the great work done by the Sustainable Apparel Coalition," he said. "That was ultimately the result of consumer awareness and media interest — it got companies to act."

CDP also argued that there is a solid business case for better managing the environmental footprint of the supply chain: reduced supply chain risk, closer relationships with suppliers and cost reductions.

It’s a message that is being heard from a small but growing number of companies. Drinks giant Diageo, for example, has a target of reducing its direct greenhouse gas emissions by 50 percent by 2020, and throughout its entire supply chain by 30 percent by the same date.

"Recognizing that the impact on the environment is not limited to just Diageo-owned sites, our 2020 targets reflect the need to better manage water stewardship and carbon emissions across our whole supply chain," the company stated.

France-based cosmetics company L’Oreal, meanwhile, has set a target for 80 percent of its suppliers by direct spend to set emissions reduction goals by 2020. And the Honda Motor Company has set a goal of reducing emissions across entire value chain by 50 percent from 2000 to 2050, through increased energy efficiency, large-scale solar power installations and the development of hybrid cars and household cogeneration units.

The final step is to be prepared to replace suppliers that don’t improve.

So, how should other companies start to address their supply chain impacts?

"The first step is to map your supply chain, starting with Tier 1 suppliers, but also encouraging them to map their own supply chains as well," said Marx at Corporate Ethics International.

The next stage is to collect baseline data on their energy use and associated emissions. The discipline of doing so can galvanize suppliers to act, CDP has found.

Galvin points to data from CDP’s latest supply chain program report (PDF), which shows that disclosure by suppliers encourages them, over time, to take action on their climate impacts: Only 38 percent of those disclosing to the CDP for the first year were undertaking emissions reduction initiatives; by year three, that figure had risen to 69 percent.

Once suppliers are reporting, buyers can then set overall emissions reduction targets.

"The final step is to be prepared to replace suppliers that don’t improve," said Marx. "That’s a very powerful incentive.

"We acknowledge that it’s not something that companies can do tomorrow. But if we’re going to hold climate change to below 1.5 degrees Celsius, companies will have to take responsibility for their supply chains."

Ultimately, however, the international framework for accounting for emissions may need to be rethought, and reoriented from the producer to the consumer.

"I’ve got some sympathy for the argument of regulators in emerging markets where emissions are rising, pointing out that they are manufacturing the goods [the West] is consuming," said Galvin at CDP.

But, sustainability advocates say, consumers in industrialized countries ultimately will have to bear responsibility for the carbon impacts that they are exporting to countries with lower environmental standards. As a start, companies will need to shine a light on their supply chains, and make the invisible visible. 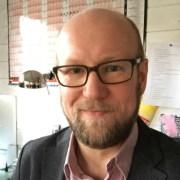 Why more businesses should reassess the voluntary carbon market

See all by Mark Nicholls