While all eyes focus on whether Tesla will boost production of its lower cost Model 3 passenger electric vehicle, its hard-charging billionaire CEO dropped new details about its electric semi-truck on Wednesday.

In response to a question about the Semi's batteries, asked on a quarterly earnings call, Musk said the vehicle's production version will probably have a 600-mile range. When Tesla unveiled the semi-truck late last year it described a 500-mile range.

For corporations considering EVs for a long-haul fleet, an additional 100 miles are extra frosting on the cake. The 100-mile boost shows Musk’s confidence in Tesla’s battery innovations, but it also highlights how batteries are increasingly considered a viable option to power commercial fleets in certain applications. A report this week from the North American Council for Freight Efficiency suggests that fleet managers are showing a growing interest in buying electrified vans and trucks to move goods and workers. 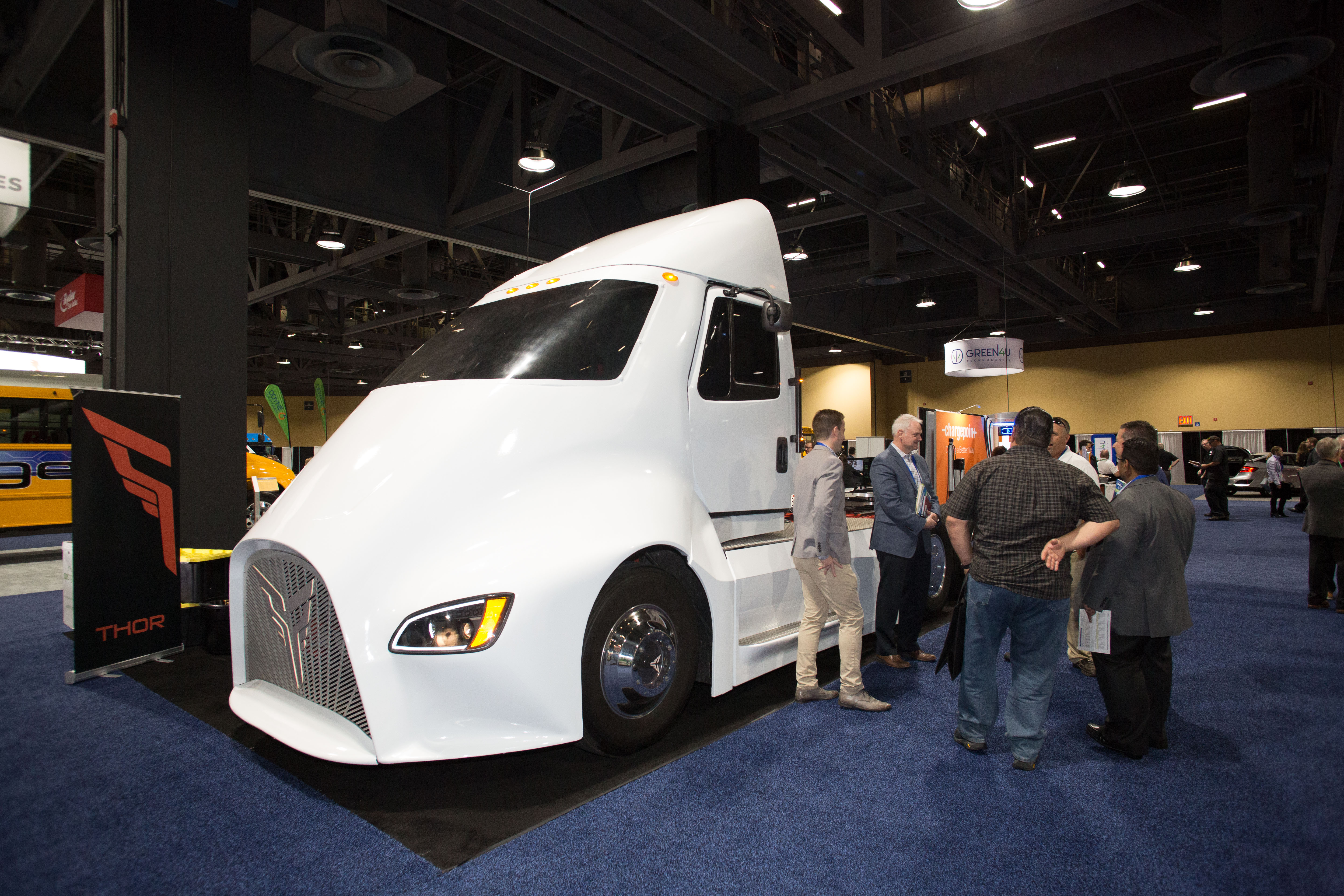 Tesla’s semi-truck was noticeably absent, among the other battery-powered semis on the floor from Thor Trucks, TransPower and Hyliion. Nikola Motor Company (which is suing Tesla over patent infringement) announced this week that beer maker Anheuser-Busch plans to reserve up to 800 of its hydrogen-fueled semi-trucks by 2025.

Tesla isn’t prioritizing its semi-truck right now, but is highly focused on boosting production of the Model 3. Musk stated that Tesla has about 2,000 reservations for its semi-truck.

With growing competition from other truck makers, one of Tesla’s angles could be its clean energy division, acquired along with SolarCity. On the Wednesday call, Musk and Tesla CTO JB Straubel described how Tesla is interested in selling to its semi-truck customers charging at a fixed low rate produced by clean energy, potentially made by solar-powered chargers.

“For trucking companies . . . if the cost of diesel goes up a few cents, it just, like, destroys their business,” said Musk. With “a solar battery powered mega-charger, we have constant costs. And we know what they are. We bake them in,” he explained. (A megacharger would be the trucking version of Tesla’s superchargers).

Musk said that the operating costs of Tesla’s semi-truck are “very predictable” and deliver “a lower cost per mile than a diesel truck.” Musk explained: “What's the cost per mile per kilometer of cargo? . . . That drives the commercial trucking market.” 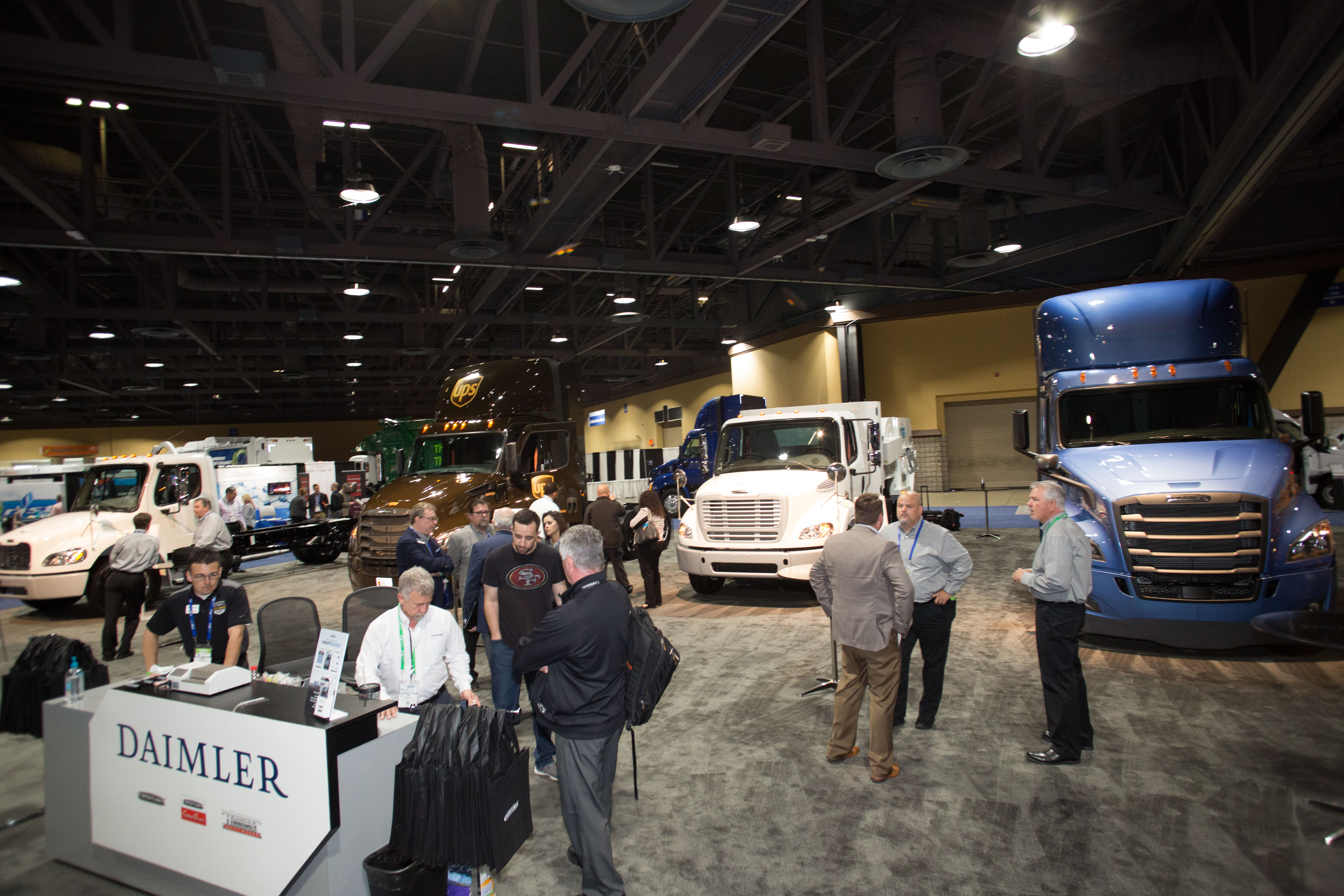 The NACFE report concurs that the operating costs for battery-powered trucks and vans, light and medium classes 3 to 6, are already lower than diesel-powered ones. Examples of class 3 to 6 vehicles include a delivery van, a pick-up truck, a beverage truck and a school bus.

However, the heavier class 7 and 8 commercial vehicles — which includes big long-haul semi-trucks, city transit buses, and garbage trucks — won’t be lower-cost to operate compared to diesel until closer to 2025 or 2030, the report found. Batteries still have to come down in price for those markets to open up more.

Many have been skeptical that Tesla’s batteries could move a long haul semi-truck carrying load for 500 miles —now 600 —  on a single charge. Daimler’s head of trucks recently said Tesla’s targets for its semi-truck break the laws of physics. There were plenty of skeptics of battery-powered, long-haul trucks at the ACTExpo.

But Tesla maintains that it’s also paying close attention to the numbers. “We tried to make our Semi kind of cool and sexy, just because we think that that's a good thing to do, not because it affects the buying decision of our customers in a meaningful way. It doesn't really move the needle,” said Musk.

What does move the needle? “Economics are fundamental to that situation. They're not making decisions based on aesthetics or consumer-related things,” said Musk.

Tesla’s earliest customers for its semi-truck are likely considering many factors, from economics to marketing to incentives, when buying the truck. Early adopters of the Tesla Semi include UPS, Walmart, PepsiCo, fleet operator JB Hunt Transport Services and food distributor Sysco.

Most vehicle fleet operators are opting for a portfolio of advanced vehicles including natural gas vehicles, hybrids and even propane, in addition to all-electric fleets.