The UN’s goal to “secure sustainable water for all” is a laudable one. According to UN Water (PDF), global water demand is projected to increase by some 55 percent by 2050, mainly because of growing demands from manufacturing (400 percent), thermal electricity generation (140 percent) and domestic use (130 percent.) Simply put, access to global freshwater, which makes up only around 2.5 percent of the world’s total water, will be increasingly strained.

The goal spelled out by the UN, and the more specific sub-targets surrounding it (PDF), couldn’t be more urgent. To us, though, the key questions are ones we ask regularly. What should business be doing to meet these goals? How can current successes be scaled-up? What barriers stand in the way? How can we speed the whole process up?

Whatever the answers, business-as-usual is clearly not one of them.

Around the same time UN Water published its most recent thematic report on the water impacts of energy, I was launching the findings of the triennial UN Global Compact and Accenture CEO study on sustainability. Although CEOs recognize fully that the business community isn’t doing enough to meet global sustainability challenges, only 14 percent of the 1,000 global CEOs we surveyed stated that water and sanitation were immediate concerns for their business’s future. Even though we know that agriculture and industry rely very heavily on a plentiful and secure supply of water, the challenge doesn’t seem imminent enough to most of us.

So what’s the problem?

In one word, quantification. Businesses are still finding it hard to put a dollar value on the competitiveness and savings benefits that, for example, they will enjoy from acting now on ensuring access to a resilient water supply in more resource-constrained times. Unless CEOs and CFOs can measure this confidently and accurately, they will continue to find it difficult to attract investor buy-in for their sustainability investments (as investments they are).

We argue that there are three steps to putting this right.

First, grasp the value of water and the full cost of doing nothing. Businesses need to quantify the value of reliable access to water and sanitation in their value chains, factoring in the opportunity costs associated with water use, not simply the current market price. We still lack a "common currency" or even "common language" when talking about water and its value. 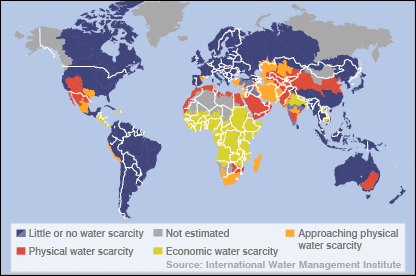 Second, figure out where the opportunities lie in each sector and develop road-maps. There are clear opportunities for first-movers in a world moving towards water scarcity. Some of the most innovative approaches to conserving water already come from business. The next 10 to 20 years will provide a number of industries with a roadmap for future markets and demand, and a roadmap for innovative products and services.

Third, involve investors, share success and scale up. A major block for business and their partners is how to attract the necessary capital to scale up innovations. The revolution in digital technology is opening up new possibilities for the management of "smart water" and this is showing promising signs by allowing CEOs to focus on what they know best, how to drive competitiveness in their sector.

There is a series of increasingly effective tools and benchmarking standards that can help. In fact, we are already seeing a lot of our clients using them. The World Business Council for Sustainable Development, for example, launched a global water tool in 2007 after extensive industry consultation, with the specific aim of helping companies to answer a set of questions related to their water-use, such as which of their sites were at potential risk. Likewise, the Alliance for Water Stewardship operates an accreditation scheme which allows companies to know which of their suppliers (for example) have met which parts of its specific standard and verification system for freshwater stewardship.

On the level of an individual company, look at Nestlé, one of the world’s largest food and drink companies. As part of their campaign to create shared value beyond CSR, they have placed water sustainability, nutrition and rural development squarely at the heart of their corporate strategy, publicly committing, for example, to reducing water consumption by 40 percent across its European production sites by 2020 (on 2010 levels). In 2013, Nestlé became one of the first signatories of WBCSD’s pledge that commits businesses to upholding the human right to water and sanitation within their operations.

So yes. Major challenges are ahead. The UN's goal gives us a helpful guideline, but pressure on businesses, governments and — yes — consumers needs to be stepped up. 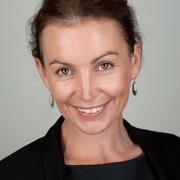 Harnessing sustainability: hearing the voice of the CEO